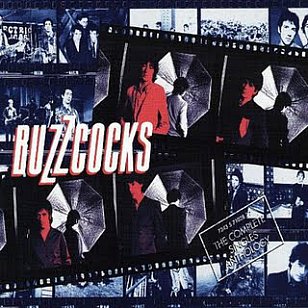 Even in the white-heat of the moment when it was happening, you just knew some of Britain's punk and post-punk bands weren't going to last.

The Sex Pistols were always destined to burn out fast in a fire fueled by public outrage, politics and Malcolm McLaren, and bands like GBH, Ed Banger and the Nosebleeds, the Ejected and Undead just didn't have the depth to go much beyond a few singles.

However groups like the Damned, the Clash, Magazine and the Fall had had that certain something.

As did the Buzzcocks out of Manchester. 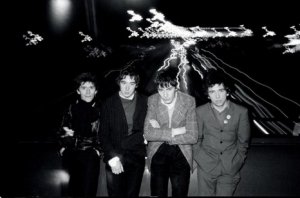 Their debt album Another Music in a Different Kitchen bristled with punk energy. But more than that, it had a powerful pop economy delivered with thrilling intensity and discipline. All these elements came through on their subsequent albums Love Bites and A Different Kind of Tension.

Three albums in less than two years from early 1978, and all of them chock full of memorable songs.

That way lies longevity . . . and dammit they are still with us.

They may have changed line-ups a few times but guitarists/songwriters Pete Shelley and Steve Diggle remain firmly at the helm and, despite breaking up for a while in the 80s, the Buzzcocks have kept themselves touring and recording regularly.

Not many people might go to one of the shows on their New Zealand tour to hear anything from their last album Flat-Pack Philosophy of 2006 (although an airing of Sell You Everything and the wobbly pop of Reconciliation from it would be welcome).

But it is their classic pop songs from those early years – among them Ever Fallen in Love With Someone, Orgasm Addict, What Do I Get? and I Believe – which have a timeless quality.

The Buzzcocks rarely tied themselves to their period in their music. Not for them much phlegm-filled rage against the Establishment. If they sometimes had the tautness of politicised peers like Gang of Four, the Buzzcocks' lyrical content was more broad.

Shelley had formed the band with Howard Devoto – who went off to start the more intellectual and less poppy Magazine before the Buzzcocks' debut album – and his vision seems to have always been one of marrying pop with intelligence, and he wasn't going to fall for just the short, sharp shock of punk. Even on that debut the final track Moving Away from the Pulsebeat stretches to a very un-punk seven minutes.

His sometimes dyspeptic litany of I Believe on A Different Kind of Tension clocked in at around the same. And – also very un-punk – they experimented with tape effects (Sixteen). Right from the start they were looking beyond the limitations and imposed rules of punk to something smarter, wider and connected to emotions other than fury.

In 1980 Pete Shelley told NME, “Buzzcocks are the human side of rock'n'roll”.

It was that which set them apart – and their fist-tight playing akin to stripped down power pop more than white-knuckle but flailing punk anger.

Those things gave them a very long career, made them a profound influence on many bands (you hear so much Flying Nun on their early albums) and has kept them out there touring . . . even now.

Gee, thirtysomething years on and they're still with us. Who'd have thought?

Well, anyone with Another Music or the terrific collection Singles Going Steady, that's who.

And that should be you. 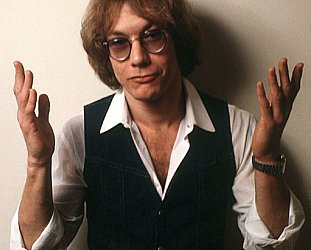