At some point in the mid 2000s, Christchurch-born rock'n'roll pioneer Max Merritt was receiving some award for his contribution to New Zealand (and Australian) music.

There may also have been some kind of compilation coming out (I forget) so I interviewed him about those early days.

I initially asked what it was like being a teenage rock'n'roll hero and how he got started.

I was the only game in town in those days. I started out in the late 50s and I had a teenage club in Christchurch which myself and my mum and dad used to run.

Also I ran a dance on Saturday night. The teenage club was Sunday afternoons and we did it basically to keep the kids off the street because in those days when rock'n'roll happened there was a lot of kids hanging around the Square getting into trouble and fights. There was a big riot in Christchurch way back then, so we thought the thing to do was give them something to do on an afternoon.

What happened was we also had an American airforce base that used to go down to the Antarctic, so the American servicemen used to come down to my dance and they'd bring records from their jukebox . . . which was a lot of songs by people like like Solomon Burke, Ray Charles, Freddie King BB King, Albert King -- Ray Charles hadn't happened at that time -- and all those sort of blues players.

So that was my early introduction to black music.

Did you come from a musical background?

No, nobody on my side of the family did anything – except my uncle Bill who used to play a bit of guitar and get rowdy at parties. I've carried on the tradition of getting rowdy at parties. That was the only connection.

So when did you first pick up guitar?

When I was about 11. I took guitar lessons but got incredibly bored with it because in those days it was How Much Is That Doggie in the Window, all those sort of really schmaltzy pop tunes on the radio, So I gave it up for a year or two and then all of a sudden rock'n'roll came in and I heard Little Richard and Bill Haley and the Comets. But Little Richard was the one that influenced me with Long Tall Sally and Tutti Frutti, I thought, 'Damn this is so manic, where is this coming from?'

You've got to understand that we had gone from How Much Is That Doggie in the Window to "wopbopaloobopalopbamboom'. A big jump,

For a white boy living in Christchurch, New Zealand it was a cultural shock and I thought 'I've got to do this.'

That started me playing guitar again and got me into forming a band. My cousin and me got together and we started just playing together and we got a drummer. We entered a talent quest and came second. But right at that time we were called Max Merritt and the Meteors.

So you began playing at a club you helped your mother and father organise. And at the Hibernian Club. What was it like in those days?

It was great, it was exciting. I was 16 or 17 and I had a band. I was really innocent and the Hibernian Hall was a bloodbath at times because you'd have the Maori guys in one corner, the Samoan guys in the other, the seamen who used to come into Lyttleton Harbour in one corner and the Demo (sp?) Boys were the local ruffians. It was a volatile situation and anything could set it off,. But it was exciting because we were playing rock'n'roll and everyone was enjoying it, and it was hot and sweaty and it was dirty. It was fun.

You had a bit of rivalry in those days with Johnny Devlin and Ray Columbus.

Johnny Devlin wasn't a rival because he the king of rock'n'roll in those days and I was just a local boy. But we did get to share the stage occasionally and what happened as well was that my dance, and especially the teenage club, was where anyone who was passing through town, a passing show, would come down. Because that was where they were going to make contact with the local kids. So we had the likes of Johnny O'Keefe and Howard Morrison popping in, all the local celebs.

Was Ray Columbus a friend and rival?

We both played around Christchurch in those days, but we played different things. He played more to the ... there was a church dance he played at, it was different crowd. I used to play to the funky kids and he played to the well-to-do ones. I played to the working class ones.

What kind of music did the working class like?

They liked it rockin' and they liked it dirty and they liked it funky. Peter Sowden and myself, he was the drummer in my band at that time, we'd go out on a Saturday night and we'd walk home from the Square and talk about our dreams and what we were going to do. Then when I got home I'd get into bed and tune my radio in to 2UE in Sydney and I'd record all night long all the music that was being played.

A lot of it never made it to New Zealand because they had a different system of playlisting on the radio. So I used to get songs that were never released in New Zealand, one was Bop-A-Lima by Ronnie Self, Dizzy Miss Lizzie by Larry Williams. That was my project on a Saturday night, lying in bed until the sun came up recording Australian radio.

Did you do any covers of those songs yourself?

No, it was just purely for things to do at the dance, new things the band could play. In those days it was relatively hard to get a record deal, but we managed to get one around about 1958 and the first song I cut was called Get A Haircut, which strangely enough was one of my own compositions which I wrote with a guy called Dick Letussier who used to sell drinks at my dance.

What were some of the songs you did record when you got a contract?

The first was Get A Haircut, we did an album which was recorded at 3YA Studios which was live. In those days there was no overdubbing, you just played it and it went down, that was it. There were a couple of other records, one was Kiss Curl or something like that. Then I moved from Christchurch to Auckland and we started recording with Viking and doing things with Dinah Lee and Tommy Adderley. 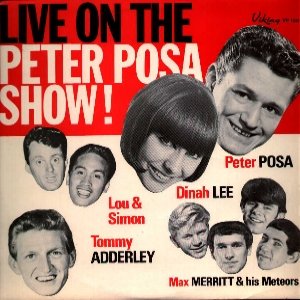 Dinah was helped along by you, you were her backing musicians. How well did that relationship work out?

Well . . . Dinah is a great girl and we're working together now. The thing is that we were going out on the road and I'd seen Dinah sing around Auckland, she was working in those days in a gym and she used to come in at lunchtimes when we were playing at the Top Twenty and come in and sing a number then go back to the gym to teach her class.

We were going out on the road and didn't have a female singer so I suggested Dinah. The girl I was going out with at the time a girl called Jackie Holme (sp?) worked at clothes shop that sold really Mod clothes, so we got Dinah and cut her hair and put her in those clothes that she is well known for now. And it kind of started off from there. And then we recorded Don't You Know Yockomo and Reet Petite . . . and the rest is history.

Her songs like that were very happy and tuneful songs with great rhythm. Do you think some of that was your doing in terms of arranging and playing the backings?

I suppose so. We were the house band, so to speak, at Viking Records and you'd listen to Stax in the States where they had one band that played for everybody . . .that's what we did. 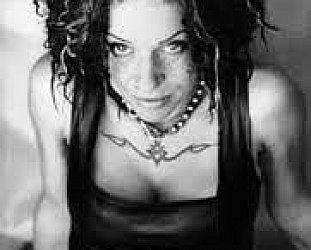 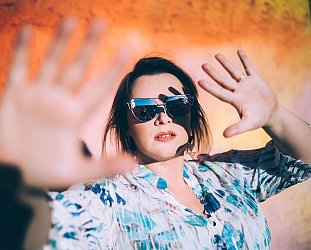 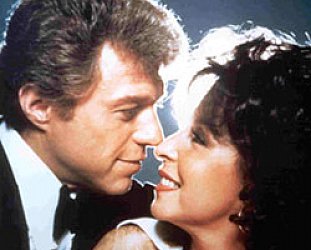