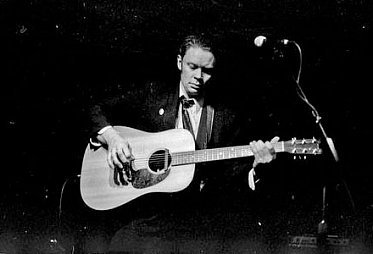 Singer and songwriter Delaney Davidson has carved out a rare niche in New Zealand music. Along with Marlon Williams, Tami Neilson and others he has rejigged traditional and contemporary country music into something that bridges folk, country and rock.

He has twice won the Country Song of the Year award and also picked up the Country Music Album award in 2013. Although he has previously answered our Famous Elsewhere Questionnaire in advance of the forthcoming Womad at which he appears it seemed timely for a catch-up.

He lives in Lyttelton, grew up in Christchurch and his family were Huntly coalminers and teachers.

He speaks German, confesses to his early role models in music were Lou Reed and the songs from Fiddler on the Roof, but finds it hard to connect people with three songs he'd love everyone to hear.

“It's hard to find the three universally relevant songs. Music is such a contextual thing and it means so many different things to different people..

“I would hope every one would get to experience the abandoned madness of music as well as the creation of a sacred space music can make . . . and also hope they would experience the way music can bring hearts together. 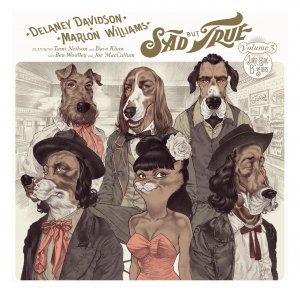 Davidson's most recent album was Sad But True Volume 3 – Juke Box B Sides with Williams which continues their exploration of country music through originals and covers. Songs include Steve Earle's Devil's Right hand, Williams' song of Minnie Dean, and a co-write with Neilson on Whisky and Kisses.

But he's hardly resting up.

“I am also releasing a solo album on Outside Inside Records from Italy called Swim Down Low. I also expect to have about four videos out by then. And I am looking to release a split single with You’re a Loser on one side and I’m So Depressed. They will be both B Sides.

“I made videos for them recently in USA. One in Mt Salvation in the Californian desert and one in Colorado Mountains.”

These travels have prepared the mind for the Womad – his favourite recipe is for Vitaminas, an avocado milkshake which he had in Brazil.

“I am interested to see what comes in from out there. New music is always one of the most exciting things to find, the key to a culture. I used to think the different foods of the world were amazing, but I have seen the light.

“It’s the music that embodies the soul of a culture. We are lucky its coming to our doorstep.”