JYOSNA/JYOSHNA PROFILED (2014): When the spirit moves 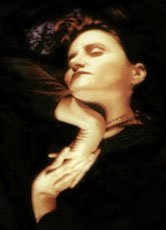 I first met Jyosna LaTrobe in January '91 after the release of her cassette Reign of Love which I had reviewed for the Herald. I was aware of who she was – she'd been a founding member of the all-women acoustic trio Turiiya – but her album came as “a modest delight” as I called it in my four-star lead review.

The musical arrangements embraced sitar and tabla, jazzy sax, pure pop, French Horn and much more. But it was her affecting voice which also won me.

So I invited her in for an interview.

Truth be told, I can't really remember what we talked about, but do recall afterwards we went to the roof of the Herald building for a photo, and I'd never been up there before.

Jyosna was born Joanne and the spelling of her adopted Sanskrit name (meaning moonlight) can vary. "Joshna" and "Jyotsna" have also appeared on album covers. She has kept in touch with me over the years by sending copies of her albums and I always delighted in playing tracks like the thrilling Rhum Jhum (off her Dancing Divinity album of '99) on radio whenever I could. It was uplifting spiritual dance music.

Jyosna is unique in the New Zealand musical landscape and her spiritually-inclined music was what also attracted me initially, and has kept me coming back. And, spurred on by receiving two recent CD by her, I went and found that yellowed clipping of our interview in a dusty scrapbook.

She was born in England and after the family spent five years in Australia they relocated to New Zealand. Her parents were both ballroom dancers and her mother a fine singer of spirituals, she told me back in '91.

“When I was young I imitated people like Joan Baez and the old folk songs," she said, "but also always wrote my own songs. I got very taken with Indian classical music at 18.

“Ragas were very interesting because of the way they connected with moods . . . I used to seek out Indian music and in the past five years I've been studying prabhat sangiit, which is a collection of 5000 songs which are basically devotional.”

She learned meditation and how to play the esraj (a bowed single-string instrument with sympathetic strings which resonate) and after the demise of Turiiya in '90 (whose EP Waiting is worth seeking out) she travelled, did sculpture and was a co-founder of woman's collective in Auckland.

That album Reign of Love – recorded in Auckland with Sam Ford as engineer – caught her at a particular moment after the deaths of her mother and her meditation teacher. The title on the article was, appropriately, "The pain of love".

"I didn't feel shy about expressing pain," she said, and "I wanted to express myself and it's true what people say, that a lot comes out during such times. You realise time and people are precious."

But as I noted in the article, for all those sad circumstances, the album was no introspective or maudlin piece of work. In fact the arangements, songs and Ford's production made for "a sweetened yet subtle collection which -- if nothing else -- displayed[ed] LaTrobe's gift for a mesmerising melody".

And after that I didn't see here again, although she always sent me copies of her releases with lovely greetings written on the cover. She remembered me, just as I couldn't forget her.

Jyosna has recorded a number of albums (Dancing Divinity and Touched by the Sea from '93 with the Kiirtan Ensemble, recorded in Vermont, remain favourites) but I hadn't heard from her in a while until recently.

I assumed she was traveling again.

But a few week back I received an e-mail from her manager who brought me up to date. 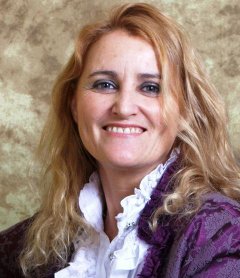 In recent years Jyosna – living in Auckland, now Dr LaTrobe after a receiving a PhD for her research into the Rarh music of India – has been working and teaching music and singing, been a guest lecturer with Richard Nunns on Maori music, she has toured, performed and done workshops in the USA and Britain, and also released two albums, Unity Hours I and Unity Hours II in 2006 and '10 respectively (under the name Jyoshna).

Both are inspired by devotional love songs of praise originating in the Rarh region in eastern India, so the beloved or lover being addressed is as much a spiritual entity (this is common in Sufism also) and a temporal one. 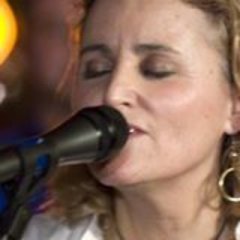 As on previous albums she surrounds her high, sometimes yearning and often sublimely melodic vocals (which have a natural but gentle vibrato, sometimes appealingly with childlike innocence) with a large ensemble of backing singers, guitars, Indian instruments (sarangi, shanai, tabla) keyboards and Indian violin.

This combination makes for an exoticism which is rare in a New Zealand artist, but many of these songs notably on the first volume – as with that earlier radio favourite of mine Rhum Jhum – are driven by dance beats.

You could almost imagine a club in heaven would be playing this music as the fulfilled and elevated took to the floor in ecstatic rejoicing.

Jysona's website is here and her extensive discography is here.

I Met Joshna Down in Nelson in the 1980's and also had the Turiiya Cassette (Still Do) and have the Dancing Divinity CD but also Love the 2000/2001 album "Magnificence" With its Dance Beats but Still the Awesome Haunting Vocals...(She did a New Version of Carino) But the Title Track ,and others are also Beautiful..