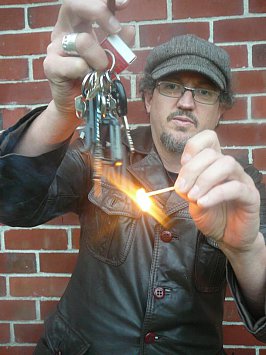 Hamilton-based singer-songwriter Chris Baigent aka Rivers makes a fairly extravagant and unquantifiable claim on Facebook as the Number One Dylan Fan in New Zealand. And if you think you are a bigger fan, he challenges you to write in and say why.

“No one's really challenged but a friend from Australia said I was like Dylan Fan 102 which was amusing,” he laughs. “The purpose of it is to bring out New Zealand Dylan fans and have them talk about the craziest Dylanesque stuff they've done as fans. I didn't know this, but there is a book out about Dylanologists . . . so we could do the New Zealand version.”

Although not exactly a Dylan obsessive, as a songwriter Rivers – who fronts his band Rivers Edge – says he channels the spirit of Dylan's writing style, especially that very early period.

The evidence is on his recently released Cambridge Town album (through Powertools), most of which was written when he was living in Cambridge in England in 2003 and immersing himself in Dylan albums and biographies.

He and his then-partner had fetched up there after traveling through Mexico and Central America, ending up in Cuba where he bought cigars which he carried to Britain. 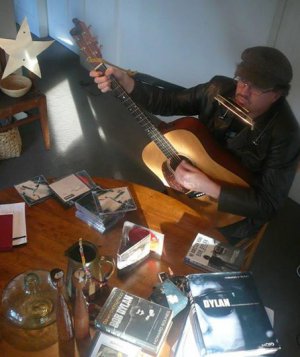 Despite having the world's finest Cuban cigars though, he struggled in Cambridge – “hard times in Cambridge town” sounds very Dylan – but a friend had the whole Dylan catalogue and in it Rivers – who had previously only had a Best Of compilation where “the light was shining for me on the early acoustic songs” – discovered references to Cuba in Dylan's lyrics.

“But then when I got into this full collection which went back to early records it was the satirical and funny stuff like Bear Mountain Picnic that blew me away. But that was something he left back there in the early days.

“I got into the whole collection and the periods that were striking for me were that early folk stuff and then Bringing It All Back Home/Subterranean Homesick Blues period, then Blood on the Tracks and Desire.

“I sort of stopped there but I was channeling Dylan through those early records. Isis from Desire inspired one of the tracks on the new album, Maraca Man, which is like a circle song. I got into that attitude like Dylan does.”

The Cambridge Town album sat on the shelf for a very long time however. When he returned to New Zealand all inspired, he also had another album already completed, Head First. So he released that and sat on what would become Cambridge Town until he felt the time was right.

“I left Cambridge Town on the back-burner but we finished that in 2007 and I've been waiting for the right time to put it out. I've got a real attachment to the album because all the songs have a character, so I wanted to put it out and do it well.”

That time is now and somewhat obvious with Dylan coming to New Zealand and actually playing in Rivers' hometown. 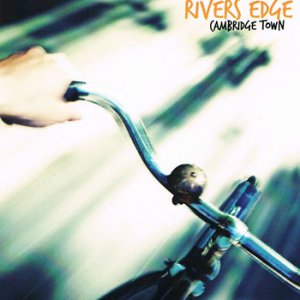 The interesting thing about Cambridge Town (which you can hear here) is that despite the influence of Dylan, Rivers is a very independent voice, and songs like Bird on a Wire (his own, not the Leonard Cohen song) stand in their own right.

“I do like Bird on A Wire and I actually wrote that back home because there was all this crazy folk going on and I just wanted a nice ballad in there to break things up.”

He does take some risks with titles, also on Cambridge Town are Amsterdam and London Town whose titles have previously been snapped up by Jacques Brel and Paul McCartney.

“I wasn't consciously thinking of other people's songs,” he laughs. “The titles just come from the verses.

“When I was writing Cambridge Town in England I had Dylan playing and I was reading biographies and I got into the zone. I was reliving those early moments of his career and I would write acid style on the paper, like William Burroughs style, and the lyrics would just come spilling out and then I would have to form that free verse into a song.

“That was inspiration from Dylan. But there are ballads on the album which started with chords first, which was more my style. But at that time I was writing this crazy stuff and adding folk chords to it.

“The song Morning Arms and Me was written in Cambridge and very much inspired by some of those Blood on the Tracks songs and You're Gonna Make Me Lonesome When You Go.

“At times I struggled to write because I'd think, 'Wow, he's done everything so what more is there to do?' But you do have inspired moments and sometimes you are not even trying to do anything. “Sometimes you are walking over the road and you get this little spark and then you run with that, a great little chorus and fit a few chords to that and the verses can happen very quickly

“I do write a lot of verse and if I'm working I'll write them down in my diary. You know when the big ideas are coming in because you get a bit excited.”

Rivers works a day job as a house painter – “I'm 'the empty handed painter from your street'," he says, quoting a line from Dylan's It's All Over Now Baby Blue – and admits when he first started in music his inspirations were David Kilgour, Chris Knox (“I organised his first gig with The Nothing at the Dogs Bollix”) and Paul Kelly: “I was into the essence of the first two records they'd done and that freshness, and that was something I would try for in my songwriting. It is being inspired by others and if you are wanting to do you are going to do it.”

He listens to more recent Dylan – “I really love Modern Times. And the Christmas Album, what a hoot, he's still got a sense of humour – and at his forthcoming shows with his band Rivers Edge he will be playing some Dylan songs.

“I'm throwing in more Dylan by the day. I'm going to start these shows with some really early Dylan songs which no one ever really hears because he doesn't play that stuff anymore. But I will also include my early folk stuff acoustically, and then my partner Aimee Belton – whom we call Mimi – and I will do a Mimi and Rivers set. Then we have a break and will play my stuff electric style with the band and throw in some later Dylan from the Desire era.

“Then we rock it up at the end. So we try and put on a good show, I don't play that many in year so we want to do good ones.”

If he isn't the country's number Dylan one fan he is probably close enough because his first video for Come on Baby Let's Go shot many years ago was filmed on Super 8 like Dylan's Subterranean Homesick Blues and used the same style of cue cards Dylan did. 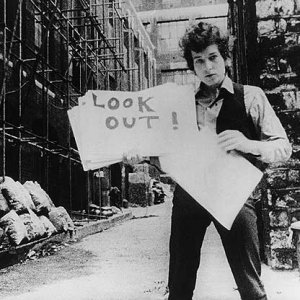 “His was like the first music video ever made so we tried to recreate that,” he laughs. “We did it in a day in Auckland and had a great time and had a few beer afterwards, it was fun day and I was happy with the result.”

And of course he has his tickets for Bob Dylan's Hamilton show.

“I don't think he plays any song the same and there is this huge history of him changing songs on stage, and I love that waltz style he brings in.

“When I saw him at the Civic I was in about the fifth row and he played Ain't Talkin' [from Modern Times] and I felt like Daniel Lanois did when he produced Oh Mercy, he reckoned that Dylan haunted him.

“I felt haunted by that song and I spiritually travelled while listening to it. I will never forget that.”

29 July The “Good Morning Show” 7.30 AM, Television One live performance “love Speak” River's Edge Band - Followed by band busking at the bottom of Queen St 930 AM.

One would question Rivers' claim to be New Zealand's #1 Dylan fan if he's never heard of the Dylanologists book which has been out for some months and extensively (positively) reviewed in the media. 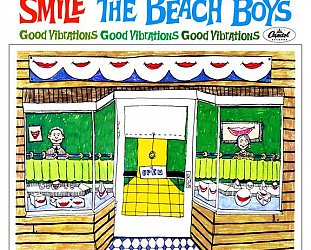 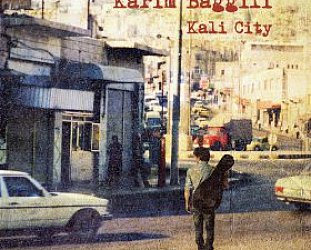