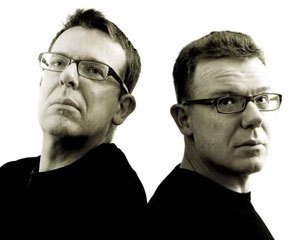 Serious guys these Proclaimers. And that's despite their uplifting Everlys-from-Scotland sound which often comes off as singalongs, notably the naggingly addictive I'm Gonna Be with its beerhall chorus "I will walk 500 miles."

But being Scottish, and it's a trait observable in those cooler climes, they also knuckle down to the serious stuff.

When they emerged 14 years ago, I had a lengthy conversation with Craig Reid, one half of the identical twin duo with brother Charlie, about the rise of the Scottish Nationalist Party, political devolution and the many and various follies of Britain's Conservative Party.

It was that rarity in rock interviews: intelligent, discursive, political and punctuated with necessary humour. 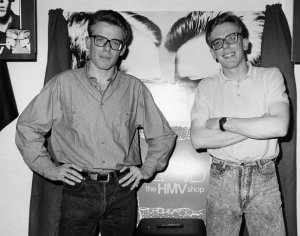 Craig and Charlie Reid are also that other rarity, they might be almost indistinguishable from each other, but they sound like no one else. They uncompromisingly sing in their own brogue and address the character of the country in lyrics, yet also offer engagingly naive love songs.

It's been many years since the last Proclaimers album - Hit the Highway was released in 94 - but they're back with the highly creditable Persevere, full of their customarily diverse material.

They've hardly dropped below the radar in recent years, however. They've had songs in movies, such as Shrek and Dumb and Dumber, and on an IBM European ad campaign, which a personable and chatty Charlie says has kept them going these past few years when family matters kept them out of the studio.

"Aye, there was my dad's long illness and death, but then also my wife's mum died. My wife had only her mum left and we were very close. During that time we had a baby, and Craig's wife has had a couple of kids in the past few years.

"So even if we'd had 12 or 14 songs we'd been happy with I wouldn't have wanted an album out because I didn't want to be away from home. Life took over and anybody who's family-minded would put their wife and kids before their career."

Other than love and passion songs (She Arouses Me So is one title) Persevere also offers a beautiful coda about their relationship with their late father in Act of Remembrance. Charlie acknowledges his dad's generation lived in a different and difficult world.

"The war affected millions of people all over the world, and he never moaned or complained about it. It was obvious to me he came from very clearly defined and different generations. The father-son thing is difficult anyway, especially if you have strong personalities.

"Don't get me wrong, I loved my dad and was lucky I was an adult with children long before he died and had time to see the world from his point of view. You can do that more so when you have your own children and realise why he felt the strictness was necessary. And now I think he was probably right." 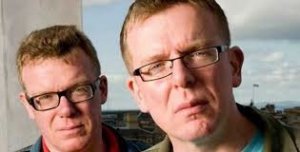 Charlie says his three children - his eldest boy is 15 this month - have never known him or their uncle (with four children aged 4 to 8) as anything other than musicians.

"I often wonder how they'll view that in years to come. My father worked on building sites and my mother was a nurse so it was a conventional upbringing in the sense I'd see them both in the evening. Whereas when I'm away they don't see us for weeks and sometimes months at a time.

"If I was in the Navy or the Army they wouldn't see me either so it's not unique, just different.

"But they've known us also to be to some degree in the public eye for periods at a time. I suppose it must be normal to them."

His children went without him for a month early last year when he and Craig went to Minneapolis - "neutral, not Scotland or London" - to record Persevere with producer Chris Kimsey, best known for his work on Rolling Stone, Inxs and Psychedelic Furs albums.

With a crack band, which included drummer Pete Thomas from Elvis Costello's Attractions and keyboard player Chuck Leavell (formerly of the Allman Brothers Band and sixth man in the Stones these days), they recorded most tracks in two or three takes.

"It was good to do it that way after such a long buildup and preparation and to make recording an experience. Although it wasn't a holiday as such it didn't feel like a day job but more of an event. We were paying for the recording so everybody knew that and were willing to work hard and then have a laugh in the evening."

Among the tracks are their almost obligatory political considerations, this time captured on Scotland's Story in which they take an inclusive view of Scotland's diverse peoples. It was written around the time of the millennium when there was much reflection on Scotland's history and some commentators were diminishing the role played by Italian, Jewish and other minority groups.

"The story of any nation is the story of the people. In Scotland it's not just Mary Queen of Scots or John Knox or whoever. These things are interesting but not everyone came to Scotland at the same time and it wasn't a homogenous country anyway.

"It was a group of warring tribes which was basically forged as a group to defend, to a degree, liberty and was against English encroachment. They grew together over a long period and that carried on when Jewish and Italian people came.

"So [the song is] about remembering that when you talk about Scotland you are not talking a race, you are talking about a country which, like any other, is a mixture and all the better for it."

This is Charlie's cue to embark on a discussion of the global movements of people (he is aware of the detention camps in Australia) and how immigrants will often forget their own journeys and happily kick at the last ones off the boat.

As a long-time socialist he says rich countries have a responsibility to poorer nations and their peoples, "and we can't pretend there isn't a rich and poor part of Europe".

"The free market is espoused often, but if it's okay for you to go and exploit them then surely it must work both ways. That if there's freedom of movement, which there should be, then to some degree you must accept people coming to you."

He notes the Scottish birthrate is declining and migration means that soon the country will have a different complexion, and unless there is an immigration programme it will struggle to sustain itself economically. "Nobody's talking about it yet but it's going to be the big issue of the next 10 or 20 years."

As a nationalist he sees the irony that some within the SNP and various British parties advocate a single currency and centralised control from Europe.

"These people want independence for Scotland yet at the same time are suggesting replacing English politicians, who are at least elected, with unelected German banks. I find that ridiculous, but that's one of those contradictions that makes life worth living in Scotland right now.

"And although I've always been a republican, too, I almost feel sorry for the British royal family. Not only do they look ridiculous when they go abroad but the whole family, unfortunately, has become a laughing stock.

"For the first time in my life I feel some sympathy for them. It's almost like seeing an old friendly dog needing to be put out of its misery. You almost feel embarrassed for them. The sense of mystique and deference has gone, and that's the beginning of the end, isn't it?"