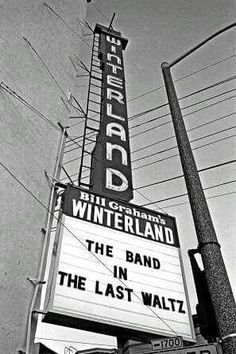 When The Band decided to call it a day in 1976 they did it in style. Not just any group could call in Martin Scorsese to film their farewell concert at the Winterland in San Francisco, or have someone dress the set so elaborately.

Billed as The Last Waltz, it was a helluva goodbye and among the guests on stage were Bob Dylan, Ringo Starr, Dr John, Joni Mitchell, Muddy Waters, the Staples Singers, a horn section arranged by Allen Toussaint among others, Neil Diamond (who was actually pretty hip then), Eric Clapton, Ronnie Hawkins who had given most of the Canadians in The Band their start when they were his Hawks . . .

Anyone who knows the period will tell you that some of these people were at a point when they were a bit worse for the drugs and the lifestyle. 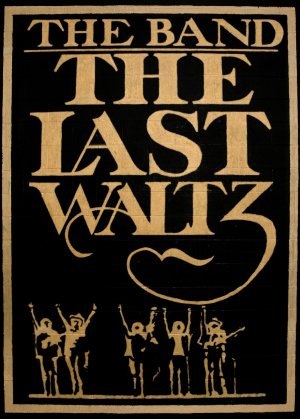 However neither that, nor some of the slightly wobbly performances – or Scorsese's attention on the group's Robbie Robertson at the expense of other Band members – changes the fact that The Last Waltz is one of the great concert films.

The event is surrounded in myth and stories now, not the least being that if you look hard at the DVD you can see a smidgen of coke up Neil Young's hooter, that the Band's Rick Danko is clearly out of it in his interview with the filmmaker, that Van Morrison was enjoyably boozed during his performance of Caravan . . .

Later in life the Band's drummer Levon Helm was scathing in his criticism of the concert which relegated the group to Robertson's backing band (they reformed without him in '83) and that there was little trickle-down of money from the subsequent album and DVD sales.

Well, Helm died in 2012 but we hope his estate gets something from the 40th Anniversary CD reissue of edited highlights from the event (no one really needs to have the poets like Lawrence Ferlinghetti whose Beat-cum-hipster work sounded dated even at the time). 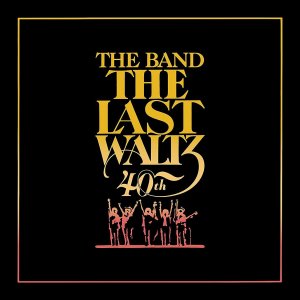 And by dispensing with the visuals – which can be exciting but also distract in places – the music from the performers gets to stand on its own merits.

Superstar sessions are usually fraught and disappointing affairs where everyone's ego gets in the way, but because these people were all equals and had established themselves in their careers, the music on The Last Waltz comes out surprisingly well . . . despite some misgivings about a few performances.

Robertson could be a thrilling guitarist and when he and Clapton lock down on Further On Up The Road it takes off; Muddy Waters and the Band knock Mannish Boy right to the back of the 5000-strong hall with help from Paul Butterfield on harmonica; Ronnie Hawkins delivers his roadhouse classic Who Do You Love? (“Big time,” the musical journeyman laughs); Joni Mitchell lines up for Coyote . . . 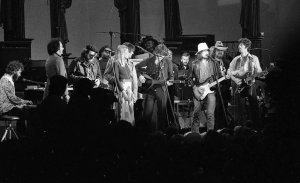 Dr John enjoys himself on Such a Night.

Dylan comes on for a bracket of four songs among them the sentimental favourite Forever Young and then there is a superstar pile-up with him on I Shall Be Released.

The final section is a suite of pieces – including Helm singing The Weight with Mavis and Pops Staples and Danko – which was recorded later with Emmylou Harris on Evangaline.

Later this month a touring Last Waltz – with The Band's keyboard player Garth Hudson and the show's original musical director John Simon – plays concerts in New Zealand with the cream of local talent including Tami Neilson, Barry Saunders, Delaney Davidson, Adam McGrath, the Bads and others.

That should be worth catching, but if you want to do your homework beforehand and have an all-star album then make a point of getting the double CD of the original concert. Or the expanded four-CD or six LP edition?

The Last Waltz really was a band going out in style. 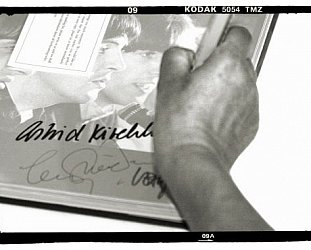 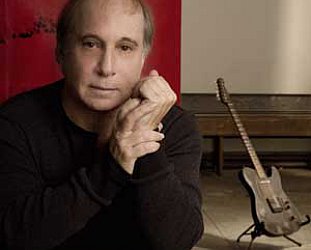 In October ‘93, when Paul Simon took up what amounted to a month-long residency at the Paramount Theatre in New York, it was billed with typical Nineties hyperbole as “The Concert of a... > Read more