To say American singer-songwriter Josh Rouse, doesn't arrive with the ballyhoo of our inflated cover star says little. His new album still comes with the obligatory self-congratulatory bio full of Josh quotes which are testament to his worthiness, and has him saying it's his best album so far.
No doubt Britney Spears is on record boasting much the same about whatever her last achievement - album, movie or advertisement - was.


Nope, Josh ain't that different - he wants A Career - it's just that his downbeat music arrives with little fanfare. So who is Rouse?
He grew up in Nebraska, played trombone (hey, he was young) and got into new wave/punk. He went to university in Tennessee, drifted around and ended up in Nashville, hoping to meet folks in the Music Business. See, Josh thinks A Career. And he's real pleased some of his stuff has turned up in nonsense TV shows such as Roswell and Party of Five. No, Josh ain't so alternative he doesn't want his music to go unheard. So what a coup to be on the Vanilla Sky soundtrack alongside Sir Paul McCartney, huh?
But we're getting ahead of ourselves. His debut album in 98 was Dressed Up Like Nebraska and like most people I've never heard it. However, I thought his second album, Home, two years ago was good (although I didn't rush to find his debut) and was a moody and mature example of singer-songwriting from someone who thought about the sounds they wanted as much as the lyrics they had written.
Cut across by empty space and telling pauses, with slide guitar, vibes, trumpet, cello and violin, Home grew in the telling. No, not life-changing but one that rewards replays to this day. It's probably in a record shop dump-bin somewhere.
And anyone who writes a soul-free song entitled Marvin Gaye gets my vote. No Mick Hucknall, Rouse remained a brooding, chord strumming alt.country guy on that one and I guess those trombone lessons explain its presence. 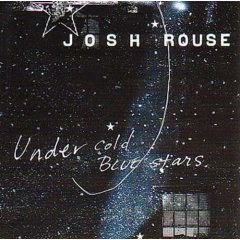 Rouse is at heart a Sixties Lenn-Mac pop guy and keeps all that traditional verse-chorus stuff in place, but he also grew up with Cobain angst and the great lineage of melancholy Americana that informs so much alt.country today. He doesn't have a distinctive voice and I've sometimes mistaken him, in a favourable way, for Paul Westerberg of the Replacements or that guy in Lambchop. He confesses to a Michael Stipe influence, and in his bio-cum-brag sheet says, "All that 1972 singer-songwriter shit? I just love that stuff. I'm a closet easy listening fan." There seems little of the James Taylor about him, however, and he's the better for it.
So why be interested in him in Britneyworld? Well, his new album, Under Cold Blue Stars, is very good. You can read it as a concept album about a 50s couple. Or you can leave that to Crit Lit 101 and take each song on its many intrinsic merits.
Christmas with Jesus is one of those slow, emotional builders (like See You on the Rooftops on the recent, much recommended Neil Halstead Sleeping on Roads album); Nothing Gives Me Pleasure whispers "solo Westerberg" in the nicest possible way; he kicks a white-boy groove on the looping title track; there's a terrific wide-horizon landscape created on Ears to the Ground; and the closer The Whole Night Through is funereal but rendered true and positive. That's rare.
Yes, Under Cold Blue Stars is very good. But no, this isn't that reviewer's schtick to convince you Rouse is the Next Big Thing, or even anything special. Your friends won't think you are any smarter or more hip for having it.
What makes it special is that by arriving with fewer expectations than much-hyped music, it rewards you more. It is quieter on all fronts, it travels its own path and is produced with an ear for the subtle sonic gesture. It has texture and emotional depth, and a narrative.
Rouse has something to say, the good fortune to have a record deal, and has friends like producer Roger Moutenot (who has John Zorn, Lou Reed on his CV), and Ben Folds' drummer.
He's worth investigating if any of those references mean something. Perhaps the most refreshing thing is he's not as rammed down your throat as a select few. Sometimes that alone can be enough. That Rouse offers an excellent album seems an almost unnatural bonus. 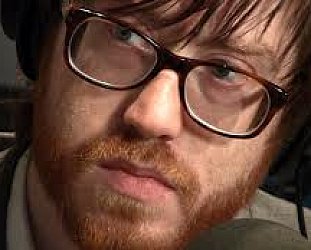