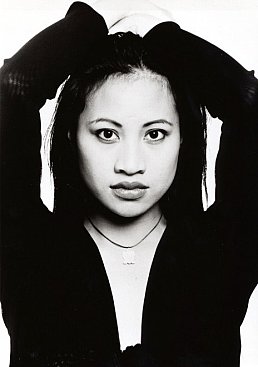 Sulata sits in the large, empty conference room at Festival Records and awaits callers. She’s misplaced her schedule, has already done a few face-to-face interviews and later in the day there are phoners to various radio stations around the country. That’s what happens when you put an album out.

Her heart, naturally enough, isn’t here. It’s at home with her two-month old son Trent – “a good baby, I love looking after him” – and she’s been anxiously checking up on him every half hour or so.

“I cry when I leave him in the mornings,” she says, and then delightedly notes she only has one day of this stuff to do.

At 20, Sulata Foa'i is on the cusp of something big although nothing in her natural self-effacing demeanour would suggest she is aware of it. Her debut album Kia Koe -- which features Eye TV drummer Luke Casey, saxophonist Nathan Haines and guitarist Dan Sperber amongst the cast who add deft and delicate touches to the original material – is out of the gate on the back of her sultry and seductive single Mancini.

Kia Koe – on the Deepgrooves label – is also set for international release through Festival Australia once it’s established on home territory.

And Sulata’s heart and mind are elsewhere.

“I’m definitely looking forward to playing live again – but for the moment my timetable is around Trent. Everything is on hold until he gets bigger, although we’re doing a showcase late February/early March.

“I’ve never done the songs on the album live, except for last year when I finished it I did some with my cousin’s group – but not with any Deepgrooves people on the album.”

She laughs and says they are sorting a band out. It’s all happening pretty fast.

For Sulata, who still lives in Mangere, it has been a rapid rise from singing in school and church to talking with yet another interviewer. She was briefly in Colony, toured with Three the Hard Way last year, picked up most promising female vocalist at the annual music awards, has co-written most of the nine tracks on Kia Koe, she has a baby…

It’s all happening pretty fast. It seems only yesterday she was at Auckland Girls Grammar.

“I mucked around there and the only class I was really interested in was music. Tagata Pasifika came round to see the jazz group one time and I was in a singing group at the time, five of us, and we were practising in the music room and the guy walked through to use the phone and we said ‘Let’s sing, maybe he’ll film us too!’ So we were belting it out and he came back and said ‘Would you girls be interested in doing something?’ And we did.” But even that experience for the sixth former wasn’t new. As a fourth former she’d appeared in the video for Mighty Asterix’s Sweetest Girl (“as the jilted lover.”)

Talk to Sulata, even briefly as most interviewers will on this busy day, and what comes through is her sense of self. She says it must have been when she was very young that she first knew she could sing.

“We’ve got this video of me when I was about five and I’m belting it out at church and to be that confident people must have been telling me I could sing, especially at that age. At that age I was so confident, I wish I had as much now.”

She sang in groups and choirs throughout primary and intermediate school (“all the gospel stuff I learned in church”), remembers writing little poems and making up songs to them “and singing my nephew to sleep with them.” Then she hit high school.

“When I was at intermediate all the people around were people I’d grown up with at primary school and I was still confident around them and I was like the singing star. Then I went to Auckland Girls and I was no one. That’s when my confidence went. Before I would push really hard to get out there but then I got to AGGS and all these girls could sing a helluva lot better than I could. AGGS was a real eye opener!

“There were these really good singers and I’d go and watch them practice and they’d ask me to join but I never would because I thought no way was I as good as them. It took quite a bit of talking to bring me around. I was still singing as much as I could but I wasn’t pushing myself to the front as much as I had.

“With my family – even when I was young – I’d say ‘We’re going to sing this song and this is how we’re going to do it,’ even to the point where I would conduct. I’m the youngest and the bossiest of them all. But no one else was interested in taking it further.

“When I was younger I’d practice in front of the mirror and I was serious about wanting to sing and even right throughout college I wanted to sing, but it was not something I wanted to say out loud.

“What happened happened by luck, by chance. It’s not like I really pushed it.

“I was in the 6th form and my cousin asked me if I wanted to join her boyfriend’s band, Colony, and I did. At our first gig Kane Massey from Deepgrooves turned up and he signed us up for an EP. Not long after, the group split up and I stayed on with the label and that was it.

“Kind of no effort on my part.”

“Part of the reason I’m doing what I’m doing is I didn’t want to go in the same direction as the other groups out of South Auckland, that poppy hiphop. They’re trying to do what their influences are, the American thing, and I didn’t want to be another number.

“My influences would be the same; at the moment I’m listening to Tupac, Toni Braxton, Quincy Jones – I’ve always listened to Quincy Jones. I love the variety on his Juke Joint album, that jazz feel.”

As she says this, her enthusiasm is apparent. She’s still young enough to be a fan and with delight recalls meeting Ardijah in Gisborne when she was touring with Three the Hard Way. The first album she bought was by Ardijah, she says.

And when she talks about winning the most promising female vocalist last year it comes with genuine self effacement.

“It meant there was something for Mum to... well, she doesn’t gloat…. but if anything happens she’ll be really proud. That’s what it meant to me. I’m still at that stage where I’m trying to impress my parents and make them proud of me.”

Such an unjaded attitude is refreshing and rare, surprisingly so in the local music scene where there is so little to be cynical about. Her references are all from the world she knows.

“When we were recording the album it felt like being in school again, like when you don’t want to do your homework but you have to. There’s this song Where To Go Now and it starts ‘I can’t see the point…’ That’s how I felt doing the album. I may have been frustrated during the process – but we had a really good laugh.”

She also betrays a keen sense of determination when she recounts why the single was called Mancini, a title which has puzzled many.

“Yeah, Henry Mancini, it’s true. There’s a sample from one of his tracks and I just thought, Mancini. Everyone said it was too tacky a title, but I didn’t care, I wanted it. But I’ve had a lot of Island people saying ‘What’s that track Man – seen?’”

She laughs then jokes about how long it took to make the album – from November 95 to March 96 – and says she is still writing new material all the time. Bits of paper, notebooks.

“And now that I’ve got my son Trent I’ve got so much more to write about, it’s never ending!”

And as her heart wanders elsewhere there’s a discreet knock on the door and a reminder about the phone interviews she has to do. 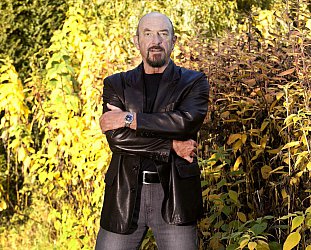 IAN ANDERSON INTERVIEWED (2014): The view from the top

It was over 20 years ago that I spoke to Ian Anderson, the founder of Jethro Tull and the sole constant in that remarkably durable prog-rock band, and I have never forgotten the experience.... > Read more 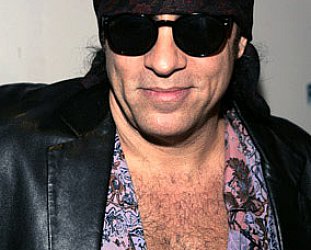 Silvio Dante, Tony Soprano's loyal soldier and owner of the famous Bada Bing strip club, is in the lobby bar of a Sydney hotel and, as you might expect, a lot of people are looking at him.... > Read more