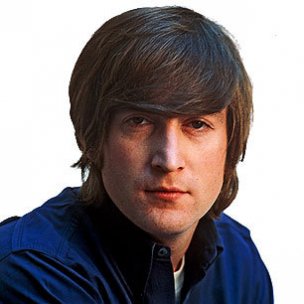 Former mop-topped pop singer and dead megastar John Lennon has given a “thumbs up” to the latest Beatle single Free as a Bird which his former chums in the band have released.

“It’s a great song and the lads have really done me proud,” said Lennon earlier this week. “I originally wrote it for the Rutles but to have me old mates do it was a real thrill. It's fab gear. Good one, lads.”

The Beatle - who turned 55 in October - was speaking through spiritualist and table-tapper Mrs Meg Battersby of Grey Lynn who sprang to prominence last year when she contacted former American President Richard Nixon beyond the grave -- six months before he died.

“John and I have had the odd chat but this time he came through very clearly,” said Mrs Battersby yesterday.

“Previously we’ve mostly talked about baking bread and the like -- although in the mid-Eighties he was always on about his wife getting back to doing those screaming albums she used to do. I tried to contact Cynthia about it but every time I mentioned it she would hang up, which I thought was a bit rude, what with me being from England like herself.”

Lennon, author of such hits as The Hard Days Night, Satisfaction and Can’t Buy Me Love, said: “The song’s one of me best and I just love George’s ukulele playing at the end. He was always a clever lad, was our George, and I'm just sorry I’m not there to shake all the boys by the hand.

“They’re a great band and I’d really like to see them get out and tour again, except maybe not to the Philippines, which is a. dodgy place if I remember rightly."

Other superstars contacted by Mrs Battersby gave Free as a Bird a mixed reception, however. Guitarist Jimi Hendrix thought it was “all right, but being a mad drug addict I prefer their trippy songs like Yellow Submarine or Paul's lovely Fool on a Hill ballad for when I'm coming down” and Joy Division’s Ian Curtis said he enjoyed the song’s “dirge-like quality.”

Former poet and professional alcoholic Jim Morrison admired the song’s lyrics, which he felt had “a certain Blake-like quality.”

However, Traveling Wilbury Roy Orbison took fellow Wilbury and the song’s producer Jeff Lynne to task: “Frankly, I think Jeff's ripped us [the Wilburys'] off and I was pretty angry when I first heard it and thought I’d really like to duff him up a bit.

“So we’ll certainly be having a chat about this over a cup of tea when he gets here just to straighten this thing out good and proper.”

You nut!!! I love it! It's like reading the lines that must run through your head, quicker than your pen can scoot, as you write the sentences that come to the "actual" press! Graham Reid's Actual Subtext. We are kindred, mate - over aaaall these waves!!!