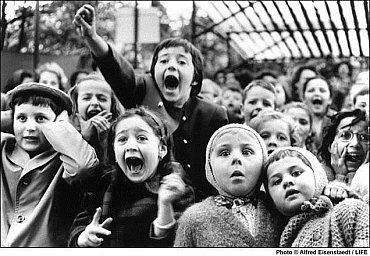 The announcement by the government that some schools will be able to open soon and parents could choose whether their children can attend has drawn sharp rebukes from various teachers' associations.

Deidre Utu-Anger of Kakamoana Beach School who spoke to journalists on the understanding on anonymity said, “This is a disgrace and you know what's going to happen. Teachers will be on the frontline of close contact with kids who may have some corona infection and parents will just use teachers and schools as babysitters”.

While teachers seem livid at not being consulted, various babysitter organisations have also weighed into the debate from a very different perspective.

Angela Watkiss of the Babysitters Union in Auckland told NewsScoop that her members were furious that “well-paid teacher who get, like what, just heaps of money and all the holidays, are taking our jobs when we could be looking after these kids and earning money”.

Watkiss, 17, said BU had united with the national Babysitters Association (as BUBA) to fight for “our right to look after kids in their own homes and, like, read to them and maybe feed them and help them watch me do Minecraft or whatever.

Other babysitters on social media have vented their rage in comments such as “what da fark!!!”, “techiz is just greedies mate, always wuz” and “I have spent thousands of dollars making my home safe for the children I babysit and now the government hits me in the face and let teachers take all the money. I'll be voting for that other guy this time. Again”.

Teachers spoken to by ScoopHub had some sympathy with the babysitters but also argued that they too needed to work and that it could actually be an opportunity for them to have even closer contact with certain students.

“My guess is,” said Thom Brockhampton of Upper Hutt Lower Collegiate, “that the most at-risk students, those who have special needs and those with learning difficulties who are a bit of a handful at home, will be the ones most likely to be dropped off at the gate.

“Many of their parents will have to work and so can take this opportunity to leave their kids with us for the day, maybe even longer.

“As a frontline teacher of that different demographic, I can perhaps offer something much more focused for them and without the distraction of average or above average students who tend to be more motivated and attentive. It will allow us to spend up-close and personal time with these students.”

When asked whether he had any fears of Covid-19 contagion from the students coming in from different bubbles Brockhampton said he was surprised by the suggestion.

“Not at all, my understanding is that this infection comes from 5G cellphone towers and there isn't one around here . . now.

"Me and a few of the boys saw to that the other night.

“But you better not print that, eh?”