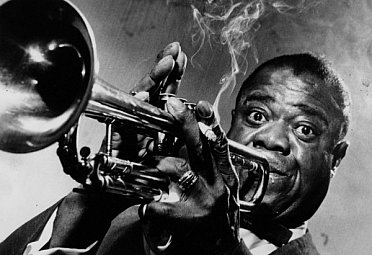 Surprisingly, it's quite easy to get people under 30 interested in Louis Armstrong. Because they know nothing or very little about him beyond the name and that he was famous.

Young people – unlike those a few decades older – aren't weighed down by the cliched images of Armstrong mugging around and, to some observers, looking like the token black guy and maybe even an Uncle Tom.

Nothing could be further from the truth (although he was an admitted populist) but you can “sell” Armstrong to millennials/Gen X/Y/whatever quite easily by making the analogy with Bob Marley.

Both were black and came from poverty to dominate the global stage; neither actually invented the music they were known for but both became the identifiable figureheads and were innovative with it; both were the pure products of the confluence of influences in their birthplaces (Jamaica and New Orleans) and both changed the way the general public felt about black artists who were clearly articulate, intelligent and gifted.

Oh, and both smoked marijuana on a daily basis and weren't apologetic about it.

“It makes you feel good, man,” Armstrong told the record exec/producer John Hammond. “It relaxes you, makes you forget about all the bad things that happen to a Negro.

Armstrong wrote to President Eisenhower saying marijuana ought to be legalised.

Give young people all that and they become curious.

The harder sell is the music because to their ears it sounds – and let's be honest, it is – old-fashioned and pretty conservative by current standards.

All these thoughts came to mind when I pulled this album off the shelves for a consideration in these on-going pages. 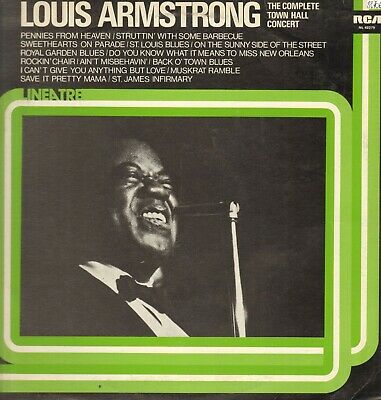 There are a couple of immediate problems with the single album I have, released in : despite the title it isn't the complete concert (subsequent recordings added other performances from the concert) and it isn't the famous, sold-out return to New York's Town Hall in February 1947 where he played with a small and then a big band. This is a later one (May 17) which was scheduled because of the success of the first.

At the time Armstrong was suffering from ulcers and for financial reasons a big band was not an option.

However the promoter Ernie Anderson got trumpeter Bobby Hackett (no slouch either) to get a band together, and it was a cracker: trombonist and singer Jack Teagarden, clarinet and saxophonist Peanuts Hucko, pianist Dick Cary, bassist Bob Haggart and Big Sid Catlett on drums.

It was again an enormous success, in part it must be said, because Armstrong and the band went right back to New Orleans roots for a set which included Struttin' With Some Barbecue, Sweethearts on Parade, St Louis Blues, Do You Know What It Means to Miss New Orleans, St James Infirmary . . .

Populist stuff for sure some of it, but we need to remember that this wasn't that old-fashioned in the late Forties, despite the slow emergence of post-war bop.

Armstrong sings through the bluesy treatment of Pennies From Heaven and the band obviously enjoy On the Sunny Side of the Street (as with most jazz artists from Coltrane doing My Favourite Things to Miles Davis playing Cyndi Lauper and Michael Jackson hits he found something in pop music).

The set really swings as the horns intertwine – check Struttin' With Some Barbecue, the swirling turmoil of WC Handy's St Louis Blues – and here within the economic length of the tunes (only a few more than three minutes) the players get to nail down some exciting improvisations. 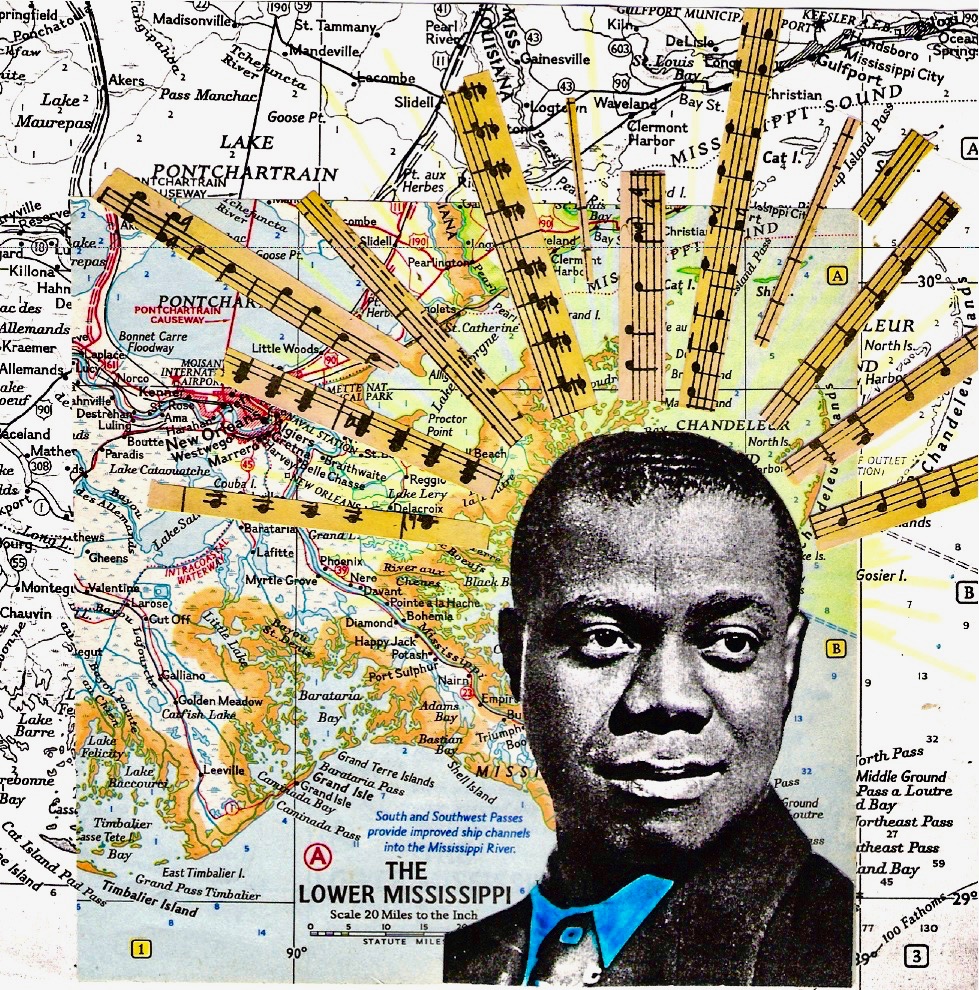 There are standouts: the subdued and melancholy Do You Know What It Means to Miss New Orleans; the hard clarity of his trumpet on Hoagy Carmichael's Rockin' Chair (where Armstrong and Teagarden get professionally playful in the vocals while swapping straight-man and clown roles); the penetrating playing and singing by Armstrong on Back O'Town Blues . . .

At these times you can hear what his biographer James Lincoln Collier described as "that beautiful attack -- sharp and clean as a razor cut -- and a rich and utterly firm sound, as solid as a bar of brass".

At the time of this recording, Armstrong had been through some lean years but the film musical New Orleans – released shortly after and which featured Armstrong, Kid Ory, Billie Holiday and others – put him back as a center of attention.

Even though the movie (which he plugs before Do You Know What It Means to Miss New Orleans) was roundly dismissed at least you got to see great musicians (Holiday the singing maid in love with bandleader Armstrong). 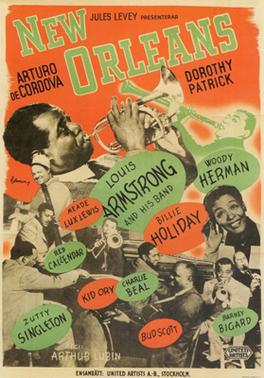 Louis Armstrong was always going to be better on a stage than a movie set and while this album doesn't catch him at a consistent peak, it's certainly one to judiciously pick from to play to those who don't know the guy.

Start with the Marley analogy then cut straight to Back O'Town Blues which is both serious and humorous.

You can hear these tracks and others at Spotify here.