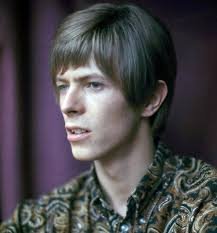 Believe me, Elsewhere has no shortage of David Bowie records on its shelves other than this odd one.

A quick scan of his discography would confirm we have all his albums on vinyl right up to Tonight in '84 and after that we measure the wall in CDs.

We also seem to have two copies of the double live Stage as well as him reading Peter and the Wolf, the Christiane F soundtrack, blackstar on vinyl, various changesone/two compilations . . .

Which means of all the albums to pull out of that section at random for this column we were spoiled for choice.

But choice doesn't come into “random” . . . and so this '84 compilation of his sometimes awful early period (Laughing Gnome, the previously unreleased When I'm Five, his oh-so Brit-observational Rubber Band etc) was the one which came to hand.

So we dive on in.

This was what was dismissively referred to as his “Anthony Newley period” when he was on the Deram label.

However this album has interesting provenance: as his then-manager Kenneth Pitt explains in the liner notes, these songs were the soundtrack to the '69 film Love You Till Tuesday and were remixes, sometimes with new vocals by David and others.

Setting aside The Laughing Gnome – which went to #4 on the UK charts when it was reissued in '74 -- two things stand out here: just how London he was in his mannered accent and themes, and how shapeless his career (such as it was) at the time.

There's a real desperation as he lands on every new phase.

When British r'n'b was the thing in the early Sixties Davie Jones and the King Bees were there for Liza Jane (1964) stamped out of the same mould. But perhaps because the raw black American material had already been gobbled up by the Kinks, Animals, Yardbirds, Stones and many others, Jones/Bowie wrote this rocking original.

A few years later when hippies were unnaturally attached to belief that childhood was a period of wondrous innocence, Bowie wrote the agonisingly awful if slightly humorous When I'm Five which plays right into that notion. And When I Live My Dream (nice arrangement) similarly as it evokes wistful love and emotional pain.

His Britishness comes through on Sell Me a Coat (which might have made a place on Oliver!) and the Penny Lane-nostalgia of Rubber Band (released two months before the Beatles song and with a maudlin twist).

Most particularly we hear this on The London Boys ('66) which Paul Du Noyer singles out in his terrific book about London music through the centuries In The City as sounding “a mournful note across the London rooftops, and life for a runaway Mod is far from sweet. A fine little Soho melodrama from Bowie's Anthony Newley period”.

“Aarggh, that Tony Newley stuff,” Bowie said to Du Noyer. “How cringey . . . . lyrically I guess it was striving to be something, the short-storyteller. Musically it's quite bizarre, I don't know where I was at.

“It seems to have its roots all over the place, in rock and vaudeville and music hall and I don't know what.” You can however hear the later Bowie in the melancholy narrative of the orchestrated Let Me Sleep Beside You.

Here too is the first version of Space Oddity which was much improved five months later.

The oddest piece here is the previously unreleased Ching-A-Ling which sounds like an anodyne Eurovision entry and is sung by Bowie, his girlfriend Hermione Farthingale and John Hutchinson (as the trio Feathers).

So of all Bowie albums which could have come to hand at random, this appeared.

But as Du Noyer points out, English accents – and especially those with a Cockney twang in the manner of Newley as on the title track and many others here – were almost unknown in '67 so “Bowie's approach was still a rare one and it sounds unusual even now”.

An unusual album from a man trying to find his way, his voice and his platform.

They would be platform boots in the glam era and Jones/Bowie/Ziggy was on his way.

This particular album is not on Spotify so I've done the best I can with this playlist of these songs.

If you only tuned in for Ziggy, Let's Dance, the Berlin trilogy etc . . . be very . . . surprised/disappointed/bewildered? 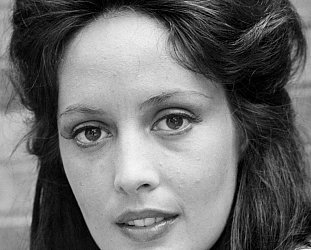