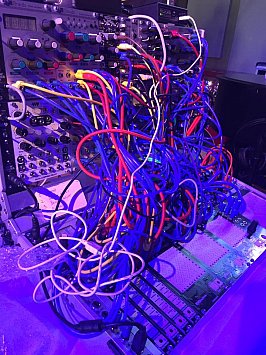 In the early Eighties the great American jazz labels like Columbia/CBS and Verve were struggling: at CBS Miles Davis wasn't selling and Wynton Marsalis was only just starting his career; Verve was undergoing constant business and takeover issues to its detriment.

In Europe however ECM was flourishing, recording the kind of jazz which appealed to a young, educated, white audiences and although it was largely uncoupled from black music it presented interesting challenges for listeners.

Back in the US a label with often centrist tendencies was doing well: Gramavision Records out of New York.

In the early Eighties it was home to John Scofield and at the more edgy end the likes of Oliver Lake (reggae-jazz) and bassist Jamaaladeen Tacuma.

But many Gramavision album were more pleasant than penetrating.

However one album stood well apart in Gramavision catalogue, this release by Electronic Art Ensemble which is, as far as I can tell, their sole album.

It seems to have enjoyed decent online reviews but . . .

There's an immediate pretentiousness apparent in the name, the use of “art” as a signal to listeners that this is to be taken as seriously as they do, and the fact that it isn't a group but an “ensemble”.

Again a loaded word which implies a kind of musical superiority, music from the hallowed halls of academia rather than that of the common herd.

(And yes, I know you will haul me up with four words: “Art Ensemble of Chicago”.)

With four musicians on synths, processing, drum machines, piano, vocals run through modulators and with electric guitar – all under the direction of Gregory Kramer – was no ordinary Gramavision album.

Inquietude – with liner notes by Robert Moog – is more akin to an improvised showcase for the equipment and how it can be used in an innovative, challenging and at times very satisfying manner to create evocative noisescapes, overlaid clusters of dissonant chords and sometimes passages of great beauty.

In some regards it was well ahead of its time when we listen to the sonic palettes used the sound design of many contemporary films and television productions. Check their final piece Hudson for that effect.

But in that sense too it is like the sound without the scene.

Yes, as with much instrumental music it seems to refer to nothing outside itself, but the demands it makes and its abruptness, sudden changes of direction and sound, and the generally abrasive quality make it hard to establish any thread or train of emotional thought. 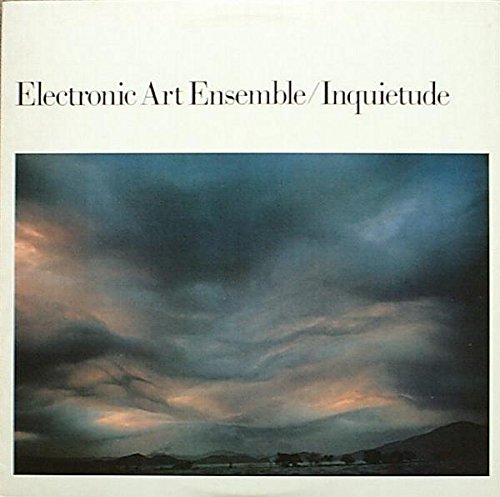 The piece Sentences (With Interruptions) opens each passage with a drum pattern but the short snippets which follow (weird voice-like bubbles and screams) morph into different shapes before they stop and everything returns to the drum pattern. It's like some odd alien conversation.

Moog – who had every reason to say this – considered the EAE virtuoso sonic sculptors and “their music is an emphatic affirmation of the value of the electronic music medium”.

But his notes describe the construction of the pieces (“syncopation, drones and staccato-articulated complex sonic sonorites” in the case of the title track) which affirm this writer's belief that this album is more like considering colour charts chosen at random in a paint store than a Mondrian or a Malevich.

A version of the Electronic Art Ensemble are still in existence and their Facebook page  shows them in hi-tech performance spaces in Berlin, for example.

But for this listener Inquietude – which means a kind of mental distress or disquiet – is appropriately titled . . . and will go back on the shelf for a very long time.

A few pieces from this album can be found on You Tube here but the album is not on Spotify.