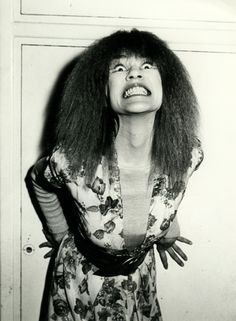 In the almost five decades since I bought this triple album by jazz composer/ keyboard player Carla Bley, lyric writer/conceptualist Paul Haines and Bley's Jazz Composer's Orchestra, I must have pulled it off the shelf at least half a dozen times.

And never got as far as side five.

Do we need to go on? 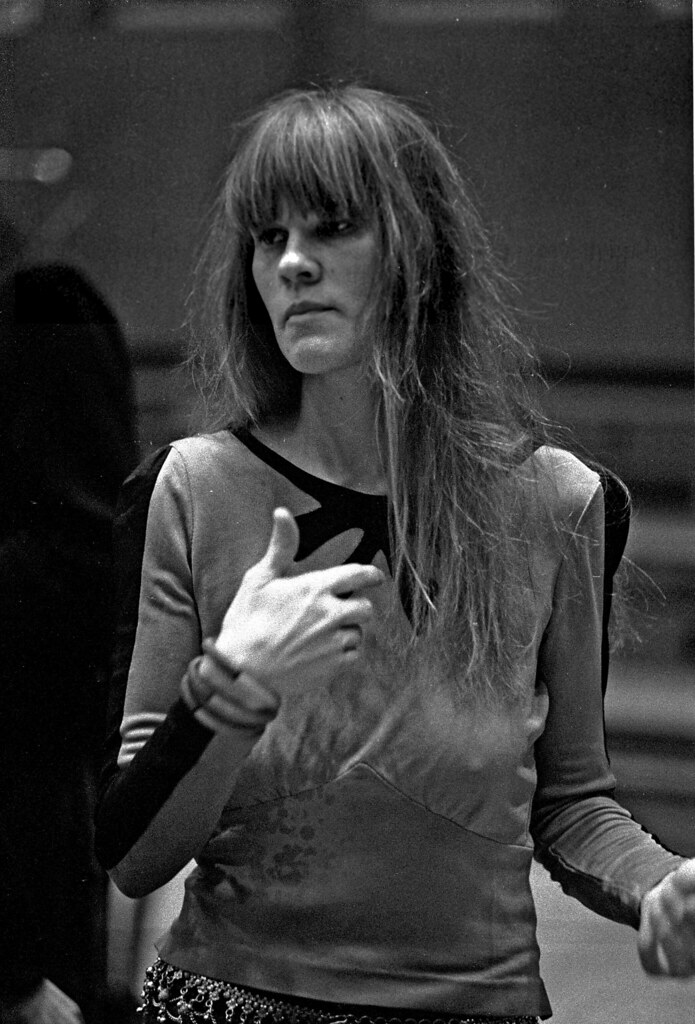 This is big and bewildering stuff billed as “a chronotransduction” and even the respected jazz writer Richard Cook, when addressing it a decade later in a hugely favorable appreciation was forced to admit, “If a story lurks in Haines' script it dissolved into unimportance beside the far more palpable run of images. Escalator might have a tragedy at its cheating heart; I cannot tell”.

So it is wide, long and seems to have a narrative with a cast of various characters who appear as Sand Shepherd (Don Cherry), Doctor (Don Preston), Opera Singer (Rosalind Huff), Loudspeaker (Roswell Rudd), a lobby band in the hotel, a traveling band, an amateur band and – my particular favourite – Flies, Bullfrogs and Mindsweepers (Mantler, Bley, Preston).

How this epic began is interesting and telling, as Bley said to Downbeat magazine not long after the album's release: “I'd never written any music with words and Paul Haines had never written any words with music. He sent me a piece – a poem? I don't know what to call it, 'poem' sounds weird. 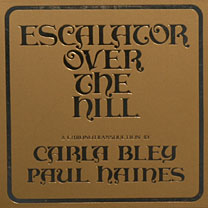 And so this surreal opera – Haines in New Mexico then India, sending Bley pieces of lyrics – took form as a kind of constantly growing work which was five years in the making.

At two hours, it is something you don't undertake lightly. Or in my case ever get more than two-thirds the way through.

But it came to hand when pulled off the shelves at random for this on-going column so . . .

The opening Hotel Overture sounds like the 17-piece jazz orchestra is on the skids with some members heading to the free jazz route and at other times all coming together for some woozy and rather wonderfully swinging ensemble playing, then at a funereal pace. At 13-plus minutes it announces that this is not going to be easy, but may well be very rewarding . . . and is undeniably different.

This is Here which follows is a discordant soundscape of noise and gloomy voices which abruptly brings in Jeanne Lee as a singer and someone declaiming disconnected poetry.

The Doctor (Don Preston, who played with Frank Zappa so is at home here) declaims something about animals and introduces the idea of riding the escalator over the hill (Rudd's trombone here outstanding) which leads into the title track and various hotel characters, the orchestra, the lobby band and Hupp as a desperate-sounding opera singer. 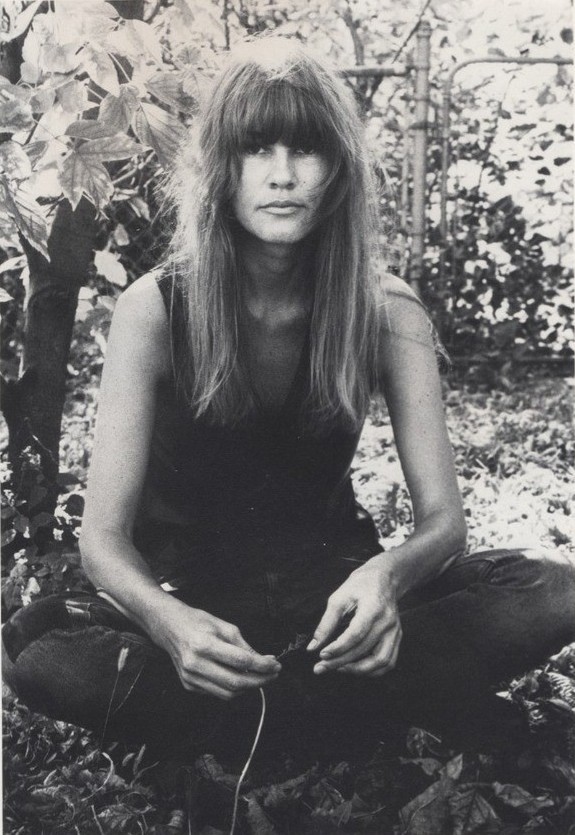 That Zappa reference is quite appropriate here because – beyond the obvious dissimilarities of there being jazz orchestras on Escalator – there are common features: odd time changes, idiosyncratic lyrics, over-arching concept (something about a hotel), the delight in the absurd and arpeggios, short interpolations (most less than two minutes) . . .

By side three there has been so much musical and lyrical information thrown out that it becomes hard to either keep up or follow some of the many threads (and false trails?) laid down.

The most easily assimilated pieces are the many short ones (check the whirligig eccentricities of Song to Anything That Moves featuring trombonist Rudd, saxophonists Jimmy Lyons, Barbieri and Chris Woods, and trumpeter Rava) and what we might call the “pop” tunes (Businessmen with McLaughlin, Bruce, Bley and Motian delivering beautifully annoying and chaotically out-there Zappa-like guitar-rock tropes, Detective Writer Daughter with Bruce, Bley and an “orchestra”).

Ronstadt comes through like an angel in the maelstrom on the brief and increasingly dramatic and cabaret-like Why.

Bley herself is a powerful if sometimes grating singer (although she's sensitive alongside Bruce and Preston on the quieter Little Pony Soldier) and by the proto-Waits Over Her Head, Little Pony Soldier (with a lovely sax part by Dewey Redman) and Holiday at Risk (perhaps the most straight-ahead thing in these 120 minutes, although that's relative) you are getting perilously close to that fifth side which had always eluded me.

It opens with the exotic All India Radio featuring Don Cherry, violinist Leroy Jenkins and bassist Ron McLure (among others) and it -- along with the 12-minute Rawalpindi Blues which follows (McLaughlin in land-speed record mode in places, again with Cherry's Desert Band) – makes for a thrilling 17 minutes. 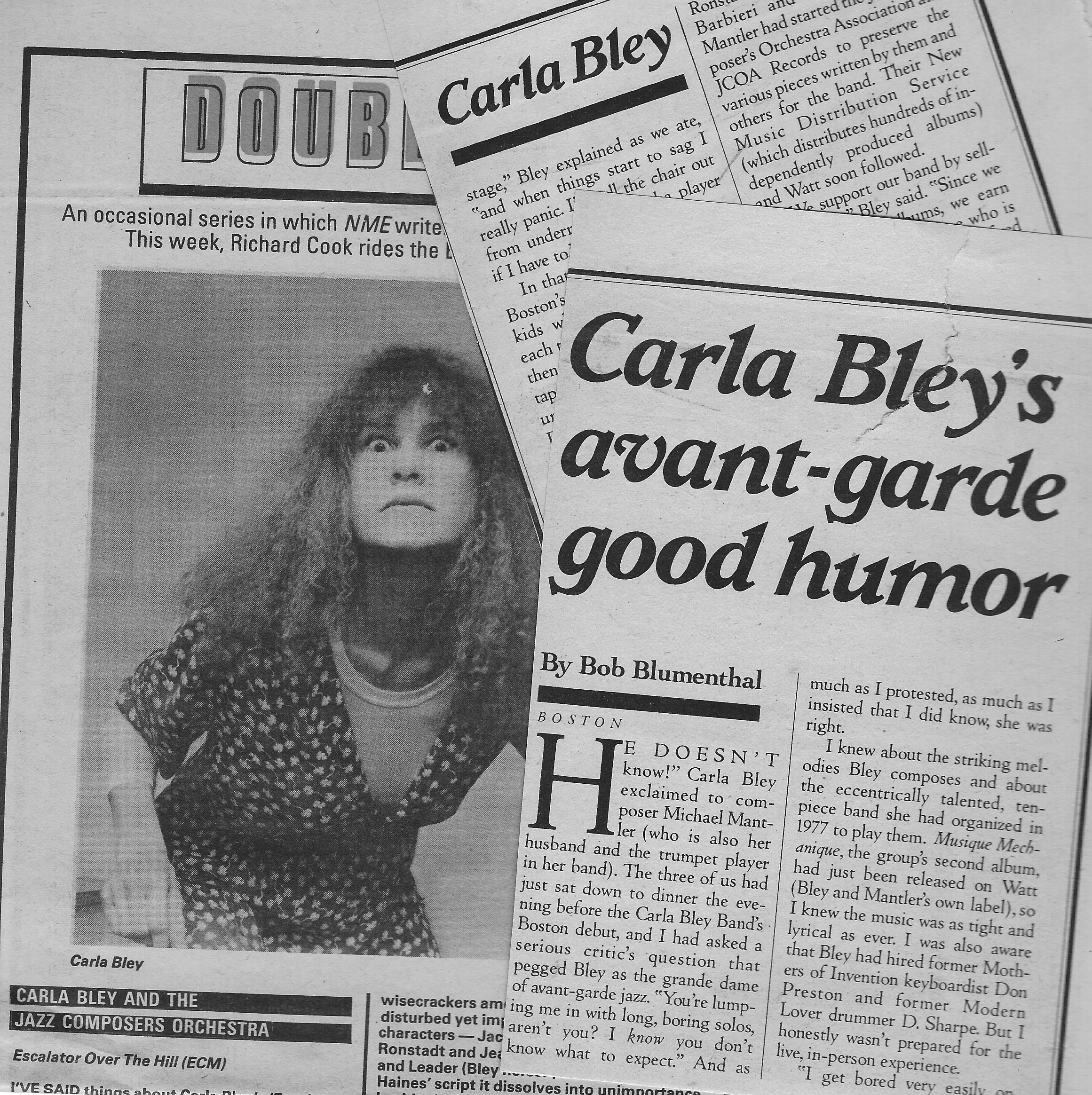 It's the side I should have started with, in part because it doesn't slew so rapidly from theme to idea to new arpeggio or a bizarre lyric. It just works.

Home stretch now with the nine-minute End of Rawalpindi makes real sense on Spotify where you don't have to flip a record over (think In-a-gadda-da-vida, but not) and we seem to be bringing back some of the main players for cameos or another shot.

Released on Bley's and her husband Michael Mantler's own Jazz Composer's Orchestra Association label (and distributed by the likes of Virgin, ECM and their own New Music Distribution Service), Escalator Over the Hill is a singular album in Bley's extensive discography.

And probably on anybody's shelf . . . if they have it.

Start on side five (or at All India Radio on streaming services) and see how you get on.

I'm very glad this set came to hand at random and that – after a cup of tea and a lie-down at the midpoint – I made it through. The best is on that final vinyl.

You're right, it is indeed a cool listen. Music magazine The Wire had an fascinating overview of Carla Bley in issue 444 (February this year) including an overview of this very recording. However, it has taken you and your article to get me to actually get round to listening to it. The article did allow me to discover that Nick Mason's Fictitious Sports record is actually a Carla Bley record, now I have to pull that off my shelf to listen to it (first time in forty years, I do believe). Thanks for being the bridge!