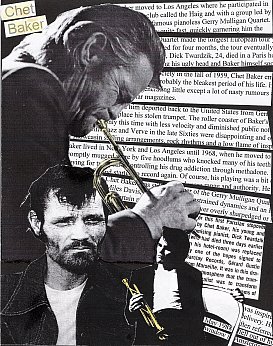 Chet Baker was -- like Dean Martin -- a man whose gifts came so easily he took them for granted and was casually dismissive of them.

Dean would walk into a recording studio or onto a film set, do what was required with the minimum of effort and then head for the golf course or, later in life, to the same restaurant. The gift was just there to to be rolled out when required and then he could get on and do something else. Or, increasingly, nothing.

Baker, blessed with film star good looks, was much the same: he could play beautifully wistful trumpet and sing in his soft-focus style and . . .

After that what else was there?

He didn't seem to care much about anything. His looks went as did money and partners, he got his teeth knocked out, he took parts in Italian films because he could and they paid so he could buy junk, and he just kept playing and singing in his increasingly wispy style.

This collage was for an article about Baker in which I suggested Baker's curse in many ways was that he didn't die young and leave a good looking corpse along with a small catalogue of wonderful music. That would have ensured a more enduring legacy.

But he lived on, increasingly ravaged and squandering the gift into lesser and lesser projects. He lived to 59.

The article I wrote a long time ago, shortly after his death in '88,  is here.

The art offered different images and ages of Chet and the collage of words were cut to pick out various points in a fragmented life. 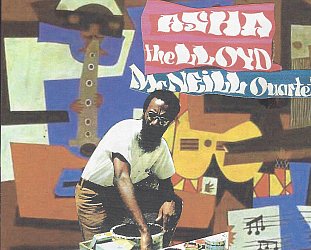 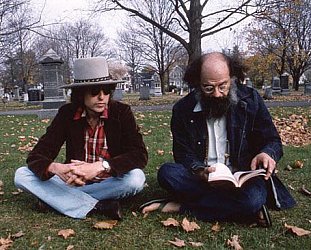