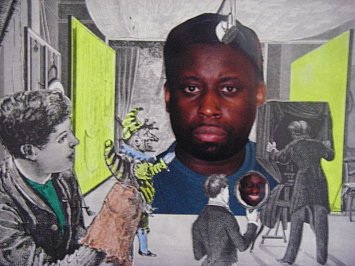 When guitarist Ronnie Jordan first arrived on the acid jazz scene in the early Nineties I interviewed him in London, in a pub near his home.

He was a lovely man and quite taken with the fact that I was from New Zealand and that I had heard his music.

We had a very friendly conversation with quite a few laughs along the way.

And every now and then my partner at the time, who was taking photos discreetly, would point the camera his way . . . and he would immediately go into a kind of serious scowl.

At the end of our conversation I asked him if we could get a couple of casual shots to go with my article and he happily agreed . . . and then the same again.

He seemed determined to be seen as A Serious Young Musician when in fact he came across as anything but.

We had a similar experience with the dour Mark Knopfler who, when playing live in Edinburgh, would turn his back as soon as she -- the only photographer present -- pointed the camera his way.

That said, he was dour in the interview too.

I've written about The Knofpler Incident but the article about Ronnie Jordan is somewhere deep in an archive.

But maybe this explains why the jester is trying to get a smile out of the guy.