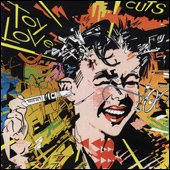 Funny that people say how wild the Sex Pistols' Never Mind the Bollocks album was. Heard it lately? They sound like a pop band, albeit an angry one, and musically didn't move too far from verse-chorus, like the young Beatles and the Monkees.

Something similar applies with New Zealand's now legendary Toy Love, the Chris Knox-fronted band which, for almost two years on the cusp of the  Eighties, looked like our best hope.

Put them in context: The Swingers' One Good Reason and Counting the Beat; the Crocodiles picking up awards; Mi-Sex's synth-infected space-rock; Dave McArtney helming Pink Flamingos after the break-up of Hello Sailor; Th'Dudes and Street Talk pulling big crowds. Into this came Toy Love, all phlegm and rage, songs about suicide and mutilation, Knox uncompromisingly shoving his nose in your face yelling, "I don't feel any pain, but the doctors say I'm clinically insane."

Up against crap like Flight X7, how could they lose?

Of course listening back to the sole Toy Love album you do have a Pistols experience: it's angry, but I reviewed it at the time and wrote, "It's muscular yet crafted, rock-based yet surprisingly poppy."

Now, more than two and a half decades on, that rare vinyl has been reissued on CD with long-unavailable singles and an extra disc of the songs remastered to their satisfaction, plus a few other tracks.

My earlier assessment stands, although what time reveals is how of its period it was: Squeeze is pure new wave (albeit with a twist); I Don't Mind could have come from a Members power-pop album, and their single Rebel was almost radio-fodder with a proper guitar bit.

Toy Love delivered classic Kiwi songs: Pull Down the Shades and Sheep were as urgent and memorable as anything by the Swingers or Marching Girls, there was terrific thin-sounding pop like Don't Ask Me, and the prescient slam-dance favourite like The Crunch ("You're gonna have to admit it boy, you can't stay forever young").

They were also arty, funny (consider the object of affection in Bedroom) and more musically clever than some might remember (check the spiralling guitar solo on Don't Catch Fire, and the minimalist Red River Rock sound Jane Walker got out of her keyboards for Sheep).

Pop? Sure, but they also name-check Captain Beefheart, the Saints, Velvet Underground and Bowie.

Toy Love pulled ideas from everywhere (kitsch-gloom for Death Rehearsal, country'n'western for The Bride of Frankenstein) because at that time doors had been kicked open.

Pop with attitude, then.

But, as with the Pistols, whose wilful energy kick-started punk, Toy Love were always best experienced raw and live, which is why the second disc here is the better. The remastered versions are fatter and sound more unpolished (compare the album and remastered versions of Sheep, and a very different Frogs), and it sounds more like the fiery band I remember from Zwines. It's that disc I'm playing.

To be honest though, this long overdue reissue will mean little to those listening to Eighties new-wave revivalists like Interpol and Block Party, and even less to those whose idea of music is Jack Johnson and Donavon Frankenreiter. Sensitive folk will recoil from Cold Meat here.

But in that, this set confirms that an essential ingredient is missing in most rock these days: a sense of risk.

Toy Love were risky and uncompromising, cynical (1978) but oddly life-affirming, left edges unpolished, thrust their rage and wit into your face, had the good sense to get out, and the integrity never to reform. For all those reasons, and more, they were rare. And, for a brief, thrilling period, they were ours.

And this double disc is less than $20 at JB Hi-Fi here. That makes it another Elsewhere Bargain Buy.

Great review. Whenever I listen to it I am stunned by how good it is and wonder why more people do not call it the best NZ album of all time!!! Maybe because the band dissed it so much. Punk with a melody - oh that was new wave! The fascination with death added to its power.

Only problem with the re-release all my Toy Love vinyl went down in value overnight. There has often been a spiralling quasi-psychedelic quality to the Clean, but this time out the mood drops back into a more gentle, thought-provoking, marijuana-ambient sound which recalls moments... > Read more 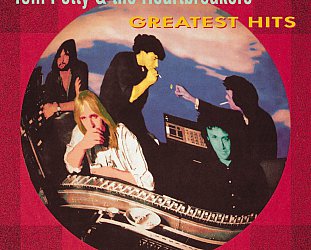