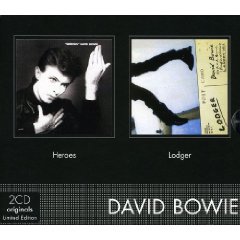 While there's an easy case to make for Bowie's Low and Heroes albums to be in any Essential Elsewhere collection, Lodger from '79 -- his more difficult third album in "the Berlin trilogy" which he made with Brian Eno -- has always been overlooked or dismissed.

Certainly it lacks that sudden directional change which its predecessors had (from cocaine and The Young Americans, through Station to Station and to the austere Europeanism of Heroes/Low was quite a career swerve) and aside from the single Boys Keep Swinging it doesn't give up its goods easily.

But it was as experimental as the other two, more so in many cases.

Eno and Bowie and the band created music over old backing tracks or chords of old songs played backwards (Move On is All the Young Dudes backwards); has a couple of ethno-referenced tracks (notably the weird African Night Flight which owed a debt to Scott Walker's Nite Flight, and Yassassin); throws off epic rock-guitar grandeur with careless disregard in Red Sails; DJ has the static intensity of Talking Heads but delivered with disco urgency; Boys Keep Swinging was one of Bowie's finest and most demanding singles and came with a great gender-bending video (see below) . . .

Lodger was one of Bowie's least commercially successful albums, and even if it wasn't a complete artistic triumph it certainly deserves better than being written off entirely. This was a difficult album (in retrospect Low and Heroes are relatively easy) and yet it rewards attention -- and being played rather loud.

That it comes packaged up at JB Hi-Fi stores (here) with Heroes at $20 means it should undergo a rediscovery.

And while you are there you can pick up Low and The Young Americans for the same low price: so you get "the Berlin trilogy" plus cocaine soul for the price of a restaurant meal.

I know which will last longer.

PS. These albums are not knock-offs but 24-bit remasters and have interactive access to Bowie's webworld which is worth checking out. 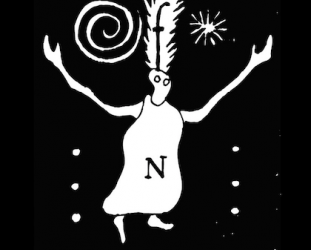