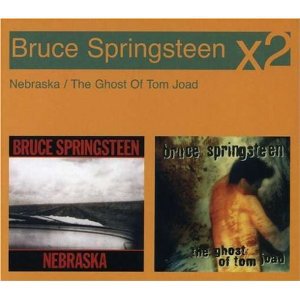 Elsewhere has already made the case for Bruce Springsteen's 1982 Nebraska as an Essential Elsewhere album. It was not only a great album but a turning point in his career: it allowed him to step away from the bombast and hype and become a singer of depth and longevity outside of rock's over-hyped expectation.

That he followed it up with Born in the USA was another matter.

But by going down the dark road of Americana folk and blues as he did on Nebraska he allowed himself to return to it whenever he liked -- as he did for The Ghost of Tom Joad in '95.

Inspired by John Ford's film of John Steinbeck's Grapes of Wrath (the title character) and a book about the plight of migrant peoples in America, the album was darker and more political than Nebraska (no mean feat on the darkness front). But although it was critically praised it didn't grab the public's attention. It sold modestly.

Yet here were character-driven songs of great emotional depth in which it seemed no one was getting out unscathed. They also captured the tenor of the times as Rolling Stone noted: "Plaintive, bitter epiphanies, like these are far removed from the sort anthemic cries that once filled Springsteen's music, but then these are not times for anthems. These are times for lamentations, for measuring how much of the American promise has been broken or abandoned and how much of our future is transfigured into a vista of ruin. These are pitiless times."

Springsteen was speaking through the dispossessed and disenfranchised and giving them voice. That not many were listening was hardly his fault.

But The Ghost of Tom Joad is a dark ride, and sometimes it is one we need to take to better understand our world.

Coupled with Nebraska, this two CD set currently goes for a mere $10 at JB Hi-Fi stores here. That, in any language, is a Bargain Buy. 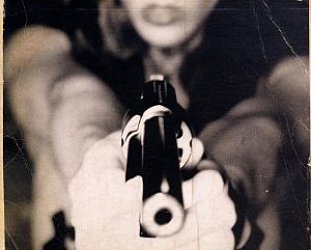