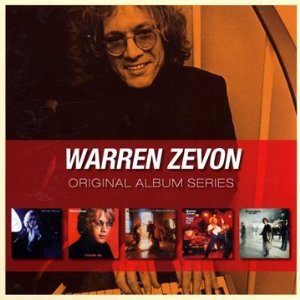 Singer songwriter Warren Zevon (1947- 2003) was a different one alright. When he emerged in LA in the mid Seventies he was like the anti-Jackson Browne: he was the anthesis of those mellow singer-songwriters from Laurel Canyon. His sardonic wit and sometimes weird songs caught the ears and the imaginations of critics and fellow artists, although it took Werewolves of London to be a hit before the rest of the world really tuned in.

But from his self-titled debut album Linda Ronstadt covered Poor Poor Pitiful Me, Hasten Down the Wind, Carmelita and Mohammed's Radio. It was an exceptional album and its dark corners (Desperados Under the Eaves) hinted at what was to come as he declined into self-destructive alcoholism.

But he just kept cracking great songs: Werewolves of London, Roland the Headless Thompson Gunner, Excitable Boy, the frat-boy anthem Lawyers Guns and Money (all of those on his Excitable Boy album), Jeannie Needs a Shooter (co-written with Bruce Springsteen), Play It All Night Long . . .

Always listened to by critics (often getting four and five star reviews), Zevon's music was a deep as it was inventive and he counted among his many admirers Browne (who produced his debut), Bob Dylan, Neil Young, Springsteen, Tom Waits, various Eagles, a swag of LA's best session musicians, T Bone Burnett. . .

Although his career suffered diminishing commercial returns in the Nineties by the time of his slow death from cancer he was being widely acclaimed for the bent genius he was.

His five albums from 1976 -- Warren Zevon, Excitable Boy, Bad Luck Steak in the Dancing School, the live Stand in the Fire and The Envoy -- captured him at his best.

And they are all packaged together for $20 at JB Hi-Fi here.

Zevon has appeared at Elsewhere frequently, there is a 1992 interview and reviews of later and posthumous albums. The biography/oral history by his wife Crystal -- I'll Sleep When I'm Dead; The Dirty Life and Times of Warren Zevon -- makes for compelling if very uneasy reading.

And his great line on the Letterman Show when asked what having cancer had taught him always bears repeating: "Enjoy every sandwich".

Warren Zevon: you might never have wanted him around for a quiet dinner, but you do need this Bargain Buy. 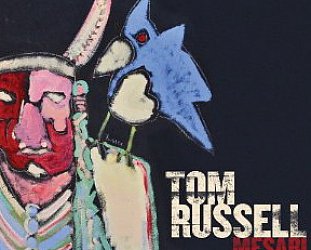 Although American singer-songwriter Tom Russell's name isn't as widely known as that of Joe Ely, Townes Van Zandt and others, his songs have been covered by Johnny Cash, Peter Case, Iris DeMent... > Read more 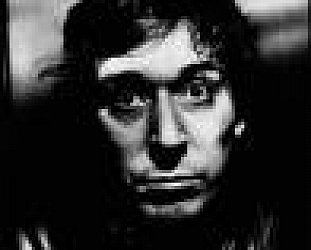