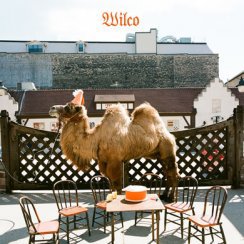 Although widely regarded one of the great rock bands Wilco -- the vehicle for singer-songwriter Jeff Tweedy -- had its origins in the Illinois-based band Uncle Tupelo which drew from post-punk rock and alt.country music equally.

High school friends Tweedy and Jay Farrar steered Uncle Tupelo from the late 80s up to the acrimonious break-up in ‘94. They ticked off four critically acclaimed but small selling albums (their best, Anodyne, sold around 200,000) but the fighting -- often physical -- became intolerable.

When the band split Farrar formed Son Volt (half a dozen albums so far, some solo releases by Farrar) and Tweedy lead Wilco, a group with a revolving door membership.

Their follow-up was the fine double album Being There (‘96) but after Summerteeth (’99) things went awry which, ironically, made the band’s reputation.

For the album Yankee Hotel Foxtrot they shifted from their established style into something more experimental, much as Radiohead had done for OK Computer. But during recording Tweedy (increasingly melancholy and withdrawn) and Bennett (producing) fell out.

All that -- and the record company politics -- was filmed for the doco I Am Trying to Break Your Heart. When the album was rejected by their parent record company Warners they made it available for download. Eventually, in a further irony, they ended up on Nonesuch, a small label within the Warners group.

The controversy, favourable reviews, the doco and the firing of Bennett (who died in 2009) put Wilco at the centre of media attention.

Since then Tweedy -- who grappled with various addictions, migraines and depression -- seems to have beaten his demons, lightened up and the album Sky Blue Sky (‘07) contained the telling lines “I should be satisfied, I survived, that’s good enough for now”.

From an almost mute frontman Tweedy has become more outgoing, the band includes the superb guitarist Nils Cline, and they promise a new album soon.

But their current album Wilco (the album) -- while not the best of their long career -- is an excellent primer in Wilco's many and diverse styles and influences, while still sounding only like Wilco. And it is only $12.99 at JB Hi-Fi stores here.

The Wilco story has been one of the more interesting in the past decade and if you add in side-projects (with Billy Bragg on Woody Guthrie songs), their classy DVDs, appearances with Neil Finn’s 7 Worlds Collide project, and music which roams from sonic experimental to pure country and blistering rock, they are band worth being passionate about. 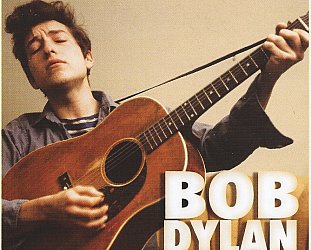