It's commonly enough noted that this was the album which got Springsteen onto the covers of Newsweek and Time in the same week in October 1975.

But looking at the size of those magazines today -- thin, articles of almost haiku length -- it is hard for many to understand now what that actually meant. They were massive-selling and influential weeklies, and the Time article ran for four full pages with another two of colour photos.

The heading on the Time article was "The Backstreet Phantom of Rock"  -- and after two acclaimed but hardly big selling albums it did seem to mainstream media and Middle America that Springsteen had arrived from nowhere. And at that time New Jersey certainly was nowhere on the rock'n'roll map.

Prior to Born to Run, Springsteen had been another tagged with the "new Dylan" label but with this one he was his own man. And for a guy also tagged as "the future of rock'n'roll" writers couldn't help but tick off a list of musical echoes all through his work: Time noted Sam Cooke, Elvis, Chuck Berry, Roy Orbison, Buddy Holly, Dylan, Van Morrison and the band.

"The music is a synthesis, some Latin and soul, and some good jazz riffs too. The tunes are full of precipitate breaks and shifting harmonies, the lyrics often abstract, bizarre, wholly personal."

Born to Run sent a shock wave and the band were thrilled. It had been a difficult album to make (there are fully orchestrated versions of the title track as they worked and reworked the thing trying to get a massive sound). This meant they could tour successfully and record again.

Well, the latter didn't happen as we know. Litigation held things up for a further three years before they got in to record the much more thoughtful, introspective and demanding Darkness on the Edge of Town.

But Born to Run became an anthem and the album a landmark in Springsteen's career. And in rock'n'roll.

It is an important album that demands to be heard -- and at just $12.99 at JB Hi-Fi stores (here) that also makes it a Bargain Buy. 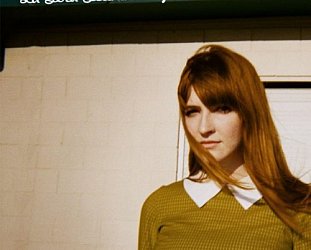