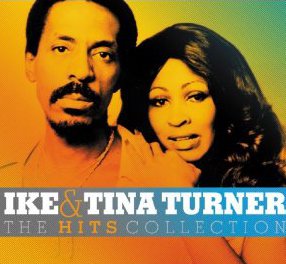 After her autobiography I, Tina in 1996 in which Tina Turner documented the abuse she suffered at the hands of her husband Ike for decades, few could look at him and think of his music.

But -- without defending the man who later weakly said, "Sure, I've slapped Tina. There have been times when I punched her to the ground without thinking. But I have never beat her" -- he was quite a remarkable musician and wrote Rocket 88 in the Riverside Hotel in his hometown of Clarksdale, Mississippi. (According to the current owner, anyway.)

Credited to Jackie Brenston and the Delta Cats, and recorded at Sam Phillips studio in Memphis (Ike's first studio recording), it has been widely considered the first rock'n'roll song . . . and its fuzzy sound was something rare in popular music at the time. An amp fell off the roof of the car when the band were driving on Highway 61.

Lots of rock cultural references in one story.

Ike had helmed a teenage band and had worked in Memphis as a talent scout and arranger, as well as writing his own songs, but on meeting Tina in the mid Fifties he started the enormously popular Ike and Tina Turner Review towards the end of the decade (he later denied they were ever officially married) and they toured relentlessly.

Ike was smart enough to hook into the new sound of rock music while keeping the music black and soulful.

This double disc collection comes under a misleading title because "the hits". Their studio recording of Proud Mary (here in a different version), Nutbush City Limits, River Deep Mountain High and other genuine chart hits are conspicuous by their absence.

These recordings mostly come from early Seventies sessions in Ike's California studio and many of them are rhythm and blues or funky soul covers (Ya-Ya, Shame Shame Shame, Louie Louie, Ain't That a Shame, Stagger Lee) some of those rock-conscious covers (Get Back, Only Women Bleed) and sassy country (a great boiling version of Ode to Bille Joe).

So not quite what it says on the package, but some terrific songs here (funk meets gospel on Ike's Down in the Valley, Tina off the leash on Something's Got A Hold on Me and steaming on the sexy soul material).

So this is actually the songs around the hits (which are familiar and readily available) and as such this collection adds necessary and enjoyable breath to the musical picture of Ike and Tina.

And at just $20 from JB Hi-Fi stores here, that makes this week's recommended Bargain Buy. 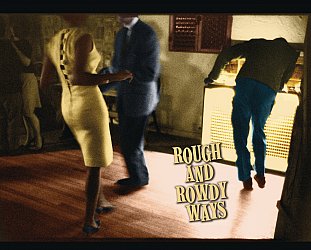