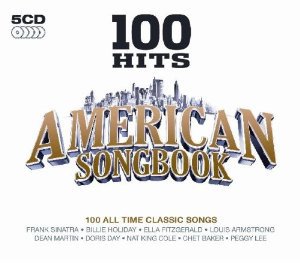 What with Rod Stewart's enormously successful series Great American Songbook, some might be asking . . . just what is in this "songbook"?

Fair question because it does seem bottomless -- and often goes by that even more slippery description "standards".

The songbook doesn't really exist as such, but a loose working definition would be songs which have been much covered over the decades and generally were written before the rock'n'roll era of the mid Fifties (but not exclusively so, One for My Baby, Moon River and many others were contemporary with Elvis).

But the songs were most often written for musicals and theatre productions (sometimes films), and frequently came from a pool of talent who were jobbing songwriters churning out material, some of which was mundane . . . but a surprising number became classics.

Rule of thumb? If you can imagine Frank Sinara or Judy Garland singing it (as they often did) then it's probably something from the Great American Songbook.

And they are refered to as standards for good reason: they are songs which have imprinted themselves in the subcoscious often and you only need to hear a few bars to get where it is going and feel a degree of familiarity with it. Often they are character songs and many of them swing gently.

Yes, this is a chock full collection of classic songs by great interpreters and will effectively plug a gap in your knowledge, be an object lesson in songcraft or just provide you with a soundtrck to the wine-light hours at the end of a day.

Or at quarter to three when there's no one in the place but you and me . . .

And at just $30 from JB Hi-Fi stores here -- for 100 standards across five disc -- this is certainly a Bargain Buy, and one where you read the fine print of the songwriters' names and say, "Wow, and they also wrote . . ."