The other day while playing an old favourite album my wife came in and said, "Who is that?"

And not in a good way.

The villains in question were the prog-jazz rock outfit Soft Machine from Cambridge, England and the album under discussion their critically admired Third from 1970 which I have returned to regularly for over more-than-a-few decades, just for another dose of psyched-out jazz and electronics.

But when she asked that question I did pause. This isn't for everyone I agree, but also it prompted me to reconsider. Is it as good as I and many others think?

I suppose having worshipped at the feet of the band's drummer Robert Wyatt (whose subsequent career I have followed slavishly) has rather skewed my view . . . but I have been forced to concede that a large dose of it is meandering, and it is very much grounded in its era.

That said -- out of my wife's always sympathetic ear-shot -- I started to re-explore the band's albums after that as they appear in this Sony set which includes Third/Fourth/Fifth/Six and Seven. (They were less original when it came to album titles, it has to be conceded.)

And I concluded I actually prefer Fourth (the last in which Wyatt was in the band) for its more energetic jazz-rock/experimental attack. I imagine this is some kind of heresy in the rock-crit world but . . . that's the fact, Jack.

The other albums -- which also saw line-up changes -- chart their progress even further into jazz-rock (not the more familiar fusion, because they eschewed electric guitar -- which might be their saving grace) and each offers it own delights, confusions, nuances, annoyances and tripped-out pleasures (although you do need to keep your head screwed on).

Soft Machine are certainly not for everybody but this set, just $20 at JB Hi-Fi stores here, is guaranteed to get a response from you, and those you live with.

Just listen to the tone in someone's voice when they say, "Who is that?" . . . and then decide if you want to wax lyrical and play them another album, or just make a quiet retreat to reconsider your position. 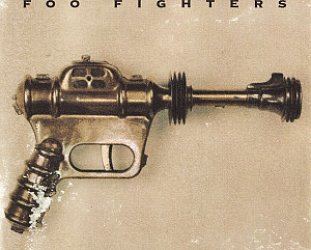