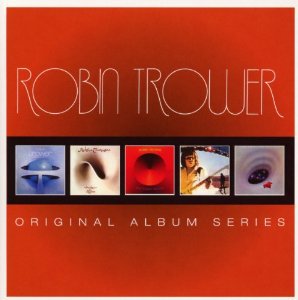 Funny how quickly some people can get written out of rock history.

British guitarist Robin Trower once commanded considerable column inches in rock magazines and encyclopedias of the Seventies and Eighties, but by the Nineties he wasn't even appearing in most.

Yet, especially in the Seventies, people would seriously discuss him as having inherited Hendrix's mantle, and albums like Twice Removed From Yesterday (in '73) and Bridge of Sighs ('74) were on many discerning play-loud turntables.

He'd come into hard rock through the usual route of r'n'b in the Sixties (he'd been in bands called the Paramount and their offshoot the Jam) before playing on albums by former Paramount mates in their new group Procol Harum, although he didn't actually play on their big hit Whiter Shade of Pale.

After five albums with them he formed a power band Jude in '71 with singer Frankie Miller, former Jethro Tull drummer Clive Bunker and bassist Jim Dewar.

Over time they morphed into the Robin Trower Band and then with various changing line-ups albums simply appeared under his own name as he explored slower, more bluesy Hendrix-edged styles in a power trio.

Those two previously mentioned albums did well for him in the States (especially the latter) and his home country was rather slower to catch on, although For the Earth Below ('75) was a big seller on both sides of the Atlantic.

There was a live album recorded in Stockholm (they didn't know it was being recorded he said later) and then the equally good Long Misty Days ('76) before punk arrived and largely put paid to guitar heroes of the Trower kind.

And the real oil though is on those first four studio albums and the live set, all of which are in this tidy little package where you can hear his black-soul and blues spirit coupled with power rock.

These days it's probably hard to get a conversation going about Robin Trower let alone one of those arguments about whether he was the equal of Jeff Beck, Eric Clapton and so on.

But if the idea of power trio rock is something that makes you want to kiss the sky then this package really comes highly recommended.

Not the least because it is just $20 at JB Hi-Fi stores here.

Very cool to see you revisit Robin Trower, Graham. One of the great power-guitarists and one of the first big gigs I went to - saw him in '77 in Memphis. A double bill with someone else, but who ever that was, they must have been forgettable alongside the great Bridge of Sighs man. To add a local touch his parents apparently migrated to Gisborne in the 70s I was told. Yes, the mantle of Hendrix,...while it lasted. Great first name too! RK

As a Jimi Hendrix fan for as many years as I can remember, I use to view Robin Trower as a skilled guitar player who tried to be like Jimi, in both his guitar work and even tried in his own way to mirror Jimi's dress standards.

After the sad passing of Jimi, I was very reluctant for quite a time to listen to anyone who even sounded or tried to sound like Jimi, but slowly, I relented and allowed Stevie Ray and Robin to enter into my life of musical appreciation. Over the years I became a big fan of both and have extended that appreciation out to other guitar players such as Michael Thompson (band) Johnny Marr and Vernon Reid.

Robins studio albums are a sensation, but for me, his best album is the live album and two tracks in particular – Alethea and Little bit of sympathy are nothing short of Amazing.

Later work by Robin is dreaming the blues and whilst it is not as raw as his earlier work, it is a damned good album and of course Seven Moons where he plays with Jack Bruce on Bass and Gary Husband on drums – a very tight trio. 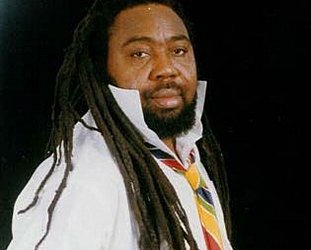