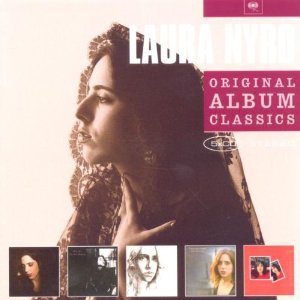 The recent documentray King of Hollywood about music and movie mogul David Geffen painted the picture of a complex, often ruthlessly driven man who would do anything to succeed.

And of course he did. From office boy to king of Hollywood via steering record companies, discovering artists, wheeling and dealing, driving a mean bargain but also giving away tens of millions of dollars to Aids research and other charities . . .

It's quite a life story but one thing also comes through. Above anything he valued loyalty. He was loyal to his artists (if not their managers, agents or record companies) and to none more so than Laura Nyro whom he "discovered", gave up another career to manage and believed in with a passion.

When her album Eli and the Thirteenth Confession (1968) didn't sell as he expected -- it barely got into the top 200 -- he went out and hustled her songs. And because she wouldn't tour he was stuck with a brilliant artist who couldn't and wouldn't connect to an audience.

So he just kept pushing her songs to others to establish her reputation.

Geffen worked like crazy for Nyro whom he believed in, loved and supported. And made her a millionaire.

That is why when he established Asylum Records he assumed she would join the roster, and was so heartbroken he cried for a week apparently when she signed instead to Columbia. And then she started touring.

Nyro's subsequent recording career was sporadic (her life is worth reading about however, she died in '97) and so the core of her work was all done by '76, the period covered by this excellent and cheap box set.

It contains the albums Eli, New York Tenderberry, Christmas and the Beads of Sweat, the terrific Gonna Take a Miracle (with Labelle) and Smile.

Across these albums you can hear her embrace street soul (on Miracle she sounds like a black singer), folk, pop, gospel, rhythm and blues and even Broadway-styled show tunes.

She was an uncategorisable talent which explains why such diverse artists could cover her songs. In King of Hollywood there is a hilarious scene of Sinatra and the Fifth Dimension singing while wearing what look like clothes from a disco on the Starship Enterprise. These albums also explain why Geffen was so successful in peddling them, the songs are often outstanding.

Laura Nyro has long been a critics' favourite and now, for just $20 from JB HiFi stores here, you can hear why. With bonus demo and live tracks.

A bargain buy from a woman who did something very special. She hurt the heart of David Geffen when many others would say they didn't even know he had one. 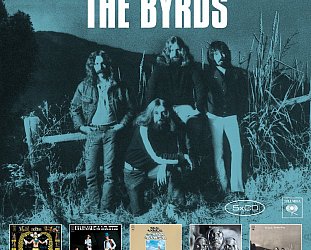 While it's true to say the best of the Byrds as a folk-rock act moving into psychedelia came before the albums in this set of somewhat diminishing returns, there's a case to made for these years... > Read more