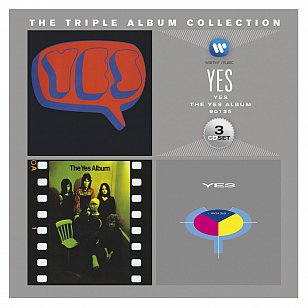 Here's a story from the battleground of fun: In recent months I have -- for purely academic purposes, you understand -- been buying up cheap vinyl by prog-rock and glam-rock bands.

It's kinda fun (although I hope I never heard any more songs by Mud to be honest) and I realise now I was lucky enough to miss most prog when it rolled around in the late Sixties/Seventies.

But here's the thing: the prog vinyl is invariably in excellent condition and the glam from the same period has been thrashed within an inch of its useful life. Clearly the prog was played on good stereos (and perhaps not that often, some look to be in mint condition) and the glam -- Sweet, T. Rex, Gary Glitter etc -- was taken to parties and used as beer coasters.

It's easy to see which of the two genres was the more enjoyed by the greater number of people, as unfashionable as that may seem . . . because if you look at most rock history books, prog gets ample space and the populist stuff like pop and glam barely rates a mention as if it is some lower life form.

At the Abba Museum in Stockholm there is an interesting section about how rock critics championed prog and tried to kill off the pop bands, especially Abba.

I say this because I was reading a lot about Yes -- I only ever had their double album Tales from Topographic Oceans -- and felt the need to investigate further, especially when one prog overview rated two Yes albums -- Close to the Edge (1972) and The Yes Album ('71) -- in the top 12 of their 40 Cosmic Prog Albums.

Time to rectify my longstanding indifference to the genre (although I had 16 of their top 40) and especially Yes, because I could barely stand Jon Anderson's voice.

This reasonably priced collection seemed the place to start as it has their debut (which is considered one of the first prog albums and has them doing a McGuinn/Crosby song I See You alongside originals and the Beatles' Every Little Thing, which I never thought of as remotely prog) and then their acclaimed Yes Album (#12 on that list). Then there's the leap ahead to '83 for their "reunion" album 90125 which was produced by Trevor Horn (who came into the band after being half of The Buggles) and contained that annoying radio hit Owner of a Lonely Heart. 90125 became their biggest seller.

So it's weird collection, but my attention here will be solely on The Yes Album because I found it surprisingly listenable and features the great guitarist Steve Howe who has clearly done his mid-Sixties Beatles homework as he can pull out a Daytripper/Paperback Writer sound. He also fires off the strange acoustic hoe-down of Clap, which I understand was originally and accidentally attributed as "The Clap", a title very Clam Caravan, if you can Tap into the joke.

The Yes Album also manages to be much more focused than I imagined -- songs actually go somewhere and remain on solid ground thanks to some sublime bass and drum interplay -- and although I still find Anderson's voice hard to take, here it finds its context in an amalgam of rock, pop, jazz fusion and of course prog (notably on their keynote Starship Troopers).

I've played the other two in this set and although I doubt I'll go near 90125 again I found that self-titled debut also interesting, in part because it is less prog than they quickly became (especially in the Rick Wakeman Years) and their seven minute version of I See You is fleetfooted and they turn Every Little Thing into . . . well, a whole other every longer and tougher thing, with little nods to Daytripper.

So at just $15 at JB HiFi stores here, I have to say I am pleased to enter this as a Bargain Buy, and I even went back to pick up Closer to the Edges (#3 in that listing behind Dark Side and Genesis' Foxtrot) for a paltry $10.

Famously a Rolling Stone reviewer dismissed their debut with one word: "No".

Thanks for a nice review Graham. Sorry to say they would not be Yes without Anderson's voice.Yes are back out in NZ in November, playing both Fragile & Close to the Edge in their entirety. See you there? GRAHAM REPLIES: Indeed, it would not be Yes with out that voice! I may surprise myself and go this time.

The Yes album has to be one of the all time greats. Starship trooper, yours is no disgrace - each song just leads into the next, its like a musical story.