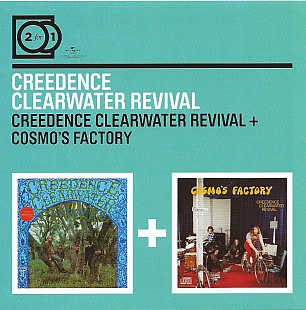 In the course of a long and good-humoured interview some years ago, John Fogerty of Creedence told me that back in their heyday his pals in hippie-era bands would note enviously that CCR could get on radio and they couldn't.

Even hippies wanted to get onto radio playlists, but at the time seven and eight or 15 minute songs didn't have a chance. But Creedence . . .

Fogerty wrote economical songs, many of them connected to the Southern heritage of rock'n'roll and his distinctive voice cut across the airwaves like few others.

Ironically then their first song which got radio play -- which appealed to the emerging underground -- was their extended version of the old Dale Hawkins' song Suzie Q which they stretched out to a taut eight and a half minuts. Why it got played when others didn't is clear, even now.

It sounds wound tight like a spring in its rhythm section, there's barely a wasted note in the guitar passages and Fogerty sounds menacing. You can't pull away from it.

That song appeared on their self-titled debut of '68 where they also covered Screamin' Jay Hawkins I Put a Spell On You with equal menace and the soul classic Ninety-Nine and a Half alongside a few originals, among them Porterville which signalled their future direction. The flipside of the Porterville single was Call It Pretending and it's a pure rock'n'soul song.

That flipside plus live at the Fillmore versions of Ninety-Nine and Suzie Q (now almost 12 minutes) are among the extra tracks on the first disc here, the 40th anniversary expanded edition of that debut.

The second disc is the excellent Cosmo's Factory from two years later (during which time they'd released three other albums, among them the much recommended Bayou County).

John Fogerty was as prolific as he was good, so you can understand why he resisted when the other band members wanted a greater say in the songwriting . . . which lead to their break-up.

Cosmo's Factory is stacked with CCR classics -- Travelin' Band, the weak but enjoyable take on Roy Orbison's Ooby Dooby, Lookin' Out My Back Door, Run Through the Jungle, Up Around the Bend, Who'll Stop the Rain and Long As I Can See the Light -- and this 40th aniversary edition comes with Born on the Bayou which is an enjoyable six minute jam with Booker T, and a couple of other versions of album tracks.

When you listen back to this great music -- which probably sounds much better in mono -- what is impressive is Fogerty's reach as a songwriter: it wasn't all just bayou rock or swampy sounds but looked back to Fifties rock'n'roll and early Sixties soul (like their 11 minute version of I Heard It Through the Grapevine) reached into folk-rock and politicised pop . . .

You name it, they had it. And most of it was delivered within a four minute pop song.

And you can have all this too -- 26 songs across two discs -- for the ludicrously low price of $10 from JB Hi-Fi stores here. Creedence Clearwater Revival were special, and here's the evidence. 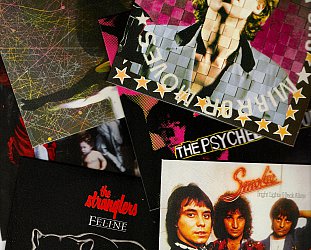