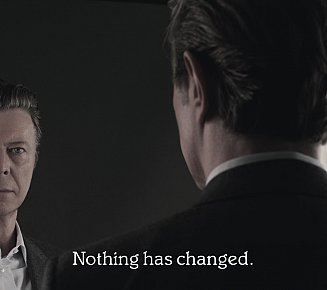 With David Bowie's passing there has been a landslide of merchandising – all the vinyl reissues, compilations and picture discs – but if you just want an interesting and sometimes left-field catch-all for yourself (many missed his final two decades) or to introduce the master to a younger person you can't go past this.

This three-CD set looked a bit like a cynical wallet-gouge when it appeared in late 2014 (a reverse chronology retrospective with a new track -- Sue, Or in a Season of Crime – up front) but a closer inspection revealed some to be interesting edits or mixes, and the version of Sue is quite different from – at more than seven minutes long – then the 4.40 version on blackstar.

Okay, some of that might seem like completist mentality . . . but as an overview it is impressive because it goes right back to very early r'n'b/Beat-pop era songs when he was Davie Jones and the King Bees and Davy Jones and the Lower Third.

And his first appearance as David Bowie (with the Lower Third) on the presciently titled single Can't Help Thinking About Me.

The enticement at this time is this set is just $25 at JB Hi-Fi stores here.

That is a lot of Bowie – 59 songs – and more than a few decades at a happy entry price-point.

There has always been a lot of Bowie at Elsewhere, try starting here if you dare.