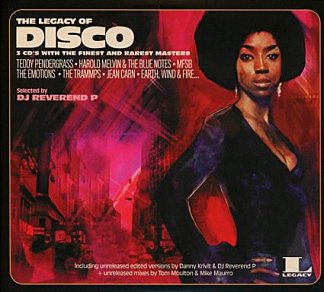 While you expect old folks, conservative preachers and bandwagon politicians to dump on pop music, it's always a bit of a surprise when the music world turns on its own.

Punks railing against prog-rockers you can understand, but when disco -- just a dance music -- emerged there was an astonishing outpuring of vile bile and vitriol coming from people in "music".

Many of those who railed against disco -- just a dance music we remind you -- came from the world of rock music who somehow felt this genre lacked authenticity. Or something.

Actually the "something" was pretty clear: older, white, male, heterosexual rock writers and radio programmers in the US who had grown up with guitars not only didn't get disco but were actually unleashing some pretty deep prejudices about this genre which had emerged out of black gay dance clubs.

That women liked disco -- they not feeling threatened by gay males -- just added fuel to the embers of prejudice.

The whole "disco sucks" movement was propelled by radio DJs and the notorious bonfire of disco records at the Disco Demolition Night in Chicago in mid '79 was the brainchild of a radio jock who lisped when he said the word, "disco".

Tells you about as much as you need to know, huh?

So people who purported to like music turned on this particular music, which could hardly have been more harmless . . . unless of course you saw it as the rise of black and gay cultures and felt threatened by that.

Aside from just being an enjoyable music, disco elevated the long-held notion in pop culture that everyone was equal on the dancefloor. It wasn't about who you were but what you did.

Given that disco required some energy out there under the mirrorball it brought with it new drugs, and maybe some people felt menaced by that.

But at this distance from its heyday in the mid-late Seventies it is possible just to enjoy the handclap grooves, soaring strings, funky basslines, tickling guitars, stacked up vocals, often soul-filled singers . . . just the sheer, enjoyably music of the genre.

This triple CD comes under a title which is bit misleading: the "legacy" would imply music which followed from the disco era but in fact most of this -- songs by the Trammps, Harold Melvin, the Jacksons, Earth Wind and Fire, Melba Moore, Esther Phillips and many others -- are beamed in from the dancefloors of the day.

The enticement here -- aside from price, more of that in a moment -- is that here are extended mixes (many by the genius Tom Moulton) and 12" versions, and the whole shooting works is compiled by France's DJ Reverend P (Patrice Larrar who was born too late for the period so looks at it with enthusiastic nostalgia for something he never knew).

He avoids the obvious (possibly some of the classics were unavailable for copyright reasons) but really it is the genre rather than the stars which are on display here.

And this is chock full of funky disco dancefloor-inspired soul. If it errs to archetypes then so be it. This was music to dance to not deconstruct . . . although if you do that there are rewards aplenty. Just follow that bass.

This is a shamelessly enjoyable collection and the other enticement is this.

And oddly enough it works just as well in the car as the journey falls away to the sound of those beats'n'strings.

A Bargain Buy . . . with the eight minute-plus version of Boogie Wonderland.