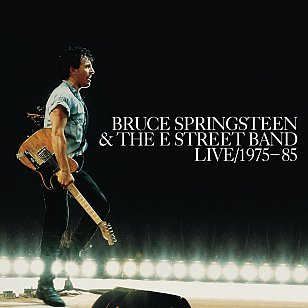 When Bruce Springsteen released this thumping great three CD set ("over three and half hours of live music" and "eight previously unreleased tracks") his many naysaers were delighted when it seemed his record company had misjudged demand and record stores were returning the boxes by . . . umm . . . the boxload.

But that was some months later and the set had sold four million units (it's a three CD set remember) and set al kinds of slaes records . . . until after Christmas 1986 when it had run its course.

It's a whopper -- in addition to the music there was a booklet with all the lyrics and so on -- and its sheer heft was emblemmatic of what Springsteen as like at that time, post Born in the USA.

His next album however -- Tunnel of Love -- would turn down the bombast so in a sense this was the doorstop and end note to that period.

Of course these days he still plays very long sets (his recent autobiography suggests he's most at home on stage and less comfortable in his private skin) but here with the E Street Band is what he was like back at the peak of his powers (which, to be fair, seem largely undiminished).

So why do we metion it now?

Because it has just been pitched back into the marketplace for a paltry $20 at JB HiFi stores here.

Coupled with the autobiography, it might just make that Christmas present for someone who is either an old fan or a younger person curious about the phenomenon that is Bruce Springsteen.