It's odd that this album should be called "Presenting" given that Auckland-based guitarist Billy TK Jnr has been taking his brand of tough Texas blues around the bars and clubs of New Zealand (and to Texas) for about two decades.

Perhaps the reason he isn't a household name is that he has been known to take sabbaticals and go get "a real job" (banking once if I recall, the army another time), and that this kind of music grounded in Stevie Ray Vaughan and drinks from the top shelf isn't popular at most radio -- and certainly not on television music shows.

My guess is that people in government funding agencies don't get it either and probably feel it a bit common and beneath them.

Billy also has another problem: he is an absolutely extraordinary guitar player who is as hard as nails and can make that thing scream and cry -- but he makes it all look too easy.

I saw him launch this album in Auckland and he peeled paint off the walls -- yet did it with barely a grimace. A younger player in a rock band would have made expressive faces at every effortless bend of a note.

So there are the problems facing Billy -- yes, the son of famed Human Instinct/Powerhouse guitarist -- but here is what he has in his favour: he plays exceptional blues guitar, delivers an intense live performance, has a cracking band, and now has an album of tough-minded originals as a launch pad when he tours the country in the coming weeks.

On the night of the launch Billy -- who is also a gentleman -- acknowledged the presence in the crowd of two people he looked up to and respected: Hammond Gamble and Midge Marsden.

It was a genuine gesture and my guess is that among the people gathered there were a few looking at Billy with a similar kind of respect. As they should.

Billy TK Jnr will always have a hard road because the style of music he plays is best heard in pubs and clubs, and it doesn't follow fashion.

But that takes nothing away from the sheer talent this man has, quite literally, at his fingertips. Here's the evidence.

Very Nice Your Are An Inspiration and Mark to be Reached...Regards, Tama k 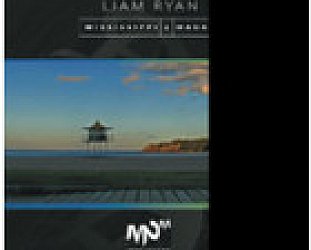