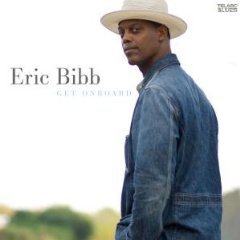 From the haunting opener Spirit I Am though to the country-blues reworking of the old Civil Rights song Stayed On Freedom which closes this exceptional collection, this 57-year old, Helsinki-based folk-blues singer from New York confirms that he is one of the great writers/interpreters of this tradition-to-the-future idiom which touches soul, gosppel, folk, blues and pop with equal lightness.

Bibb's last album Diamond Days was his international breakthrough and here, as he delves deeper into subtle gospel, pre-war rural blues, old spirituals and funky blues you get the real sense of a man in complete and confident command of his art.

Bonnie Raitt guests on slide on the Southern country blues of If Our Hearts Ain't In It, but a highpoint among many is when kindred spirit Ruthie Foster brings her soul and spirit-inspired vocals to the smooth but earthy blues of God's Kingdom.

Elsewhere Bibb with his small and subtle band explore harmonica blues on New Beale Street Blues, references the tradition in his imagery (the train bound for a better land in the title track, down to the river to soothe the soul), questions and is redeemed by faith, and offers up subtle finger picking.

In a recent interview the articulate and wry Bibb told me that he is attempting to repair the artificial division between spiritual music (gospel) and the secular (blues) as they are both part of the same culture, tradition and people. Here in song after song he does more than that, he brings other related styles like rural folk, old time New Orleans jazz and acoustic funk into the picture.

And by being recorded in Nashville there is a country flavour here too. Oh, and soulful organ.

And he makes it all sounds so effortless, natural and as if drawn from some deep source that is instantly familiar yet new. Very special man.