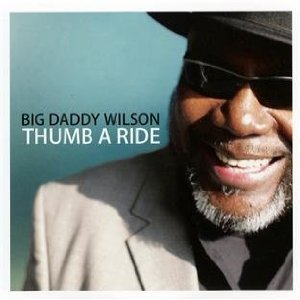 This big bluesman with a sometimes gentle and soulful voice has appeared at Elsewhere previously with his fine Love is the Key which featured Eric Bibb, a singer he is close in spirit to.

This all acoustic outing recorded in Germany (where he has lived for many years) with his touring band (and a studio percussion player) continues his generous, gentle and inviting journey and -- as he notes on This Is How I Live -- it is about how you won't see him in no fancy car but just out there playin' his blues on the backroads like they used to do long ago and payin' his dues.

Wilson isn't a deeply resonant singer (unlike, say, Paul Ubana Jones) on the lighter material but when he digs into a melodic folk ballad (the lovely Anna Mae) he can just pull you right in. His ace is quiet intimacy rather than dark melancholy (although the moody Who's Dat Knocking and Brother Blood suggest that is quite within his scope).

Some fine songs here (Drop Down Here sounds decades old, the spare If You Were Mine takes care of the soul end of his range) and his guitarist Jochen Bens certainly knows is way around a blues fretboard and the history of this music.