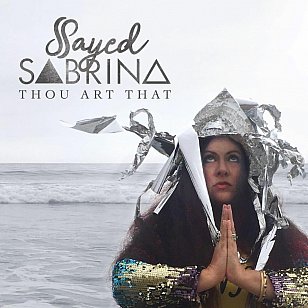 Nominally a blues singer, Sayed Sabrina has been a hard-livin' woman (sleeping rough, juvenile hall, young mother) and was a product of the LA post-punk scene.

Nominated for a best new artist at this year's Independent Blues Awards in the US for this album (after four albums, she tartly notes), Sabrina certainly brings something assertive to her wordy songs which are delivered with a band of horns.

But it's hard to locate her on any spectrum.

She's averse to how she has been identified: “More like a singer that knows what it’s like to have the blues. I like emotionally driven music.”

There's no doubt she throws herself and her remarkably powerful voice into these mostly uptempo blues-rock and funk-rock songs, something akin to Grace Slick channeling Janis Joplin and Toni Childs at the same time.

But it's only when she steps back from that position as on the slower Into the Mouth of the Serpent, the socio-political Home is in Your Head (with a reggae lope) and Ghosts in the final third here that we really get a clearer sense of who she is as a sensitive artist and activist.

The Grand Illusion right at the end is fine piece of moody sax, disturbing rhythms and her twisting vocal.

Before these however Sabrina roars and soars and one song after another hits a similar wavelength in material which rarely bothers with niceties like a distinctive chorus.

The rocking Pedestrian which opens things is a terrific rock song with a touch of offbeat funk behind her declamatory lyrics, but something like The Devil and the Good Lord is a shapeless thing which doesn't quite decide what it should be.

And just too often you hear the power and range of her distinctive voice being showcased at the expense of musical focus which would allow her to get across those important if diffuse messages she wants to convey.

Not the easiest of albums and hard to get a decent grasp on what it is . . . until the final third.

You can heard this album at Spotify here.