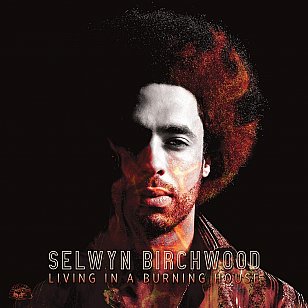 This 35-year old bluesman from Florida sounds much older than his years, and although on Chicago's tough urban-blues Alligator label (which makes sense) at times his brutal guitar playing could have also found a home on Fat Possum.

This album – his third for Alligator after two independent releases – comes with authentic fury (the energy doesn't let up until Searching for My Tribe around the midpoint of these 13 songs) as he charges through tough-minded originals like I Got Drunk, Laid And Stoned, Living in a Burning House, You Can't Steal My Shine (the latter with incendiary wah-wah) and the apocalyptic Hendrix-like Revelation (“four horsemen drawing near” with distorted preacher's voice).

A child of the Buddy Guy-Albert King-Hendrix lineage, he here has serious consciousness lyrics (Searching for My Tribe, the soul ballad One More Time) alongside the edgy material (the dark rural grit of Freaks Come Out At Night) and his acknowledgement of his good fortune to be able to do what he's doing (My Happy Place).

Birchwood – who has understandably won blues awards – has a fist-tight band of fellow travelers (sax, bass, drums, keys), plays lap steel and is a voice and player to stop in your tracks for.

If you don't, he'll do it for you with the first half here.