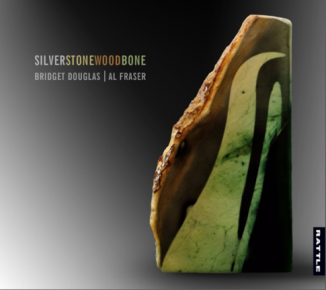 Elsewhere recently added a new chapter to our many already in the “magazine”, it is Further Out Elsewhere and this is where we are placing “sounds beyond songs, ideas outside the obvious, possibilities far from pop”.

It's the kind of place you hear sonic experiments, collaborations between seemingly disparate people, unexpected electronic art and . . . well, ideas beyond the obvious.

The name Al Fraser appears there a few times because as a taonga puoro player he uses the instruments in various and varied contexts which evoke states of being and places as much create interesting weaves of melodies and sounds.

Our inclination might have been – just on sight of Fraser's name – to place this album with flautist Bridget Douglas in Further Out Elsewhere.

But this blend of traditional Maori instruments and Western flutes on material by Gillian Whitehead, Rosie Langabeer, John Psathas, Briar Prastiti, Ruby Solly and others is actually very close to the centre of Elsewhere (the CD comes up as “classical” under genre).

Here are a partly scored duet on Whitehead's lively Hineraukatauri where the joyously twittering then poised flute of Douglas finds its counterpoint in the exotic evocations by Fraser various putorino (flutes) and percussion; the subtle interweaving melodies from the instruments (sometimes echoing or imitating each other) on Gareth Farr's title track; Langabeer's more abstract soundscape on Drawing Fire From the Well which is definitely “further out” . . .

In various places – notably in Psathas' almost holy and meditative Irirangi – there are sounds from the natural world (birds, insects) which are comfortably at home on an album which draws from different traditions, styles, cultures and emotional places but finds an internal unity . . . and is only rarely further out.