"Let me tell you about the very rich. They are different from you and me. They possess and enjoy early, and it does something to them, makes them soft where we are hard, and cynical where we are trustful, in a way that, unless you were born rich, it is very difficult to understand. They think, deep in their hearts, that they are better than we are because we had to discover the compensations and refuges of life for ourselves. Even when they enter deep into our world or sink below us, they still think that they are better than we are. They are different." - F. Scott Fitzgerald

After Michael Watt was expelled from Christ's College in Christchurch, he travelled the world working all kinds of jobs - his mother thought he was in the CIA because he'd pop up in Cuba and Nicaragua - and seeking his fortune. He eventually found it owning CSI Ltd, one of the world's leading television sports broadcasters.

We met in Amsterdam when he was one of three partners underwriting Michael Jackson's 1996 HIStory world tour. At the pre-concert function of the glitterati and fashionable, Watt was wearing an ill-fitting, dowdy sports jacket and looked like a mild-mannered physics teacher who had wandered into the wrong room. In truth, he could have bought and sold everyone there a dozen times over.

Watt was more disappointed than annoyed he had lost a million or so on the ill-fated Rugby Hall of Fame in Auckland, which he had supported sight-unseen, and spoke without self-aggrandisement of his sponsorship of jazz musicians, and skier Claudia Riegler.

His great passion was jazz and his wife of 26 years had bought some paintings by Miles Davis. He later gave me a drawing by Davis for no other reason than we both enjoyed Davis' music and each other's company. And because he could.

Over beers in a dark Dutch bar he didn't seem so different but he was, simply by virtue of being rich. By definition, the rich - who must wonder how the rest of us live - are different. They have huge amounts of money and we don't. It's that simple.

Not all the rich are alike, however. To paraphrase Tolstoy: all ordinary people resemble one another, but the wealthy are all different in their own way.

Consider the American Bernarr MacFadden, who built up a US$30 million fortune early last century in health foods and cheap detective monthlies. He gave press conferences standing on his head and thought grapes would cure all ailments.

Or Henrietta Green, known as the Witch of Wall Street. She had inherited millions but heated food scraps over a radiator. Her son had to beg her for money and she died in 1951 after a stroke induced when she vehemently chided a friend's cook for her extravagance in the kitchen.

Being rich doesn't necessarily mean you can, or have to, buy things; it may simply allow you to indulge your eccentricities. How better to explain MacFadden, Green and billionaire flake Howard Hughes?

It can also allow us to fulfil our more refined aspirations. Witness the career of that working-class Liverpool boy Sir Paul McCartney who has exhibited his oil paintings and has written a symphony.

Wealth offers such opportunity and can also allow tastes to be nurtured. It can lever you out of the mundane. Simon Wright, of Auckland's upmarket French Cafe: "To some degree the rich can be different and when it comes to tastes they are more well-travelled and eat out more often.

"A few I know who are wealthy will talk about restaurants with me and say they had a nice meal here or there. They do compare, and have more opportunity to do that."

Can they tell the difference between a $300 bottle of wine and a $350 bottle? "If anyone is going to spend that much money on a bottle they will know the difference. A lot of our customers have far better cellars than we have."

Money isn't everything, of course. When interviewed, the rich litter their conversations with talk of their love of family. They don't, of course, have to remember birthdays or anniversaries - they have their "people" to do that. 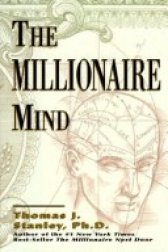 Money can't buy everything of course. It can't buy you love, according to that old Beatles' song, although it bought Hugh Hefner photogenic substitutes. We also know the cliche: money can't buy you happiness. The corollary, however, is that it might ensure a more comfortable degree of misery.

We get irritated by lottery winners who say their overnight wealth won't change them. Being rich should make a difference.

"If money was no object," says Wright, "and you could do everything the world has to offer, it would make you a different person. If you took away your mortgage and your bank overdraft you could relax and focus on different things. You do get to experience a lot of different things."

"A lot of these people were not on the path to great wealth and weren't working to that goal and suddenly they have been landed with a multimillion-dollar reward."

Des Tombe also notes that hard workers who make rich lists are often happy to be identified as another perk of success. Lotto winners haven't done that and prefer to remain anonymous.

"They don't have the pride or confidence to walk down the street feeling like a multimillionaire. That is a fascinating phenomenon about people who win Lotto. I think that will change because in the United States and Britain it's the opposite - that's the nature of the media there and of the population.

"If you've won the big lotteries in those countries you can be pretty sure it isn't going to hurt you and you can be quite proud of who you are and work that through.

"Because we are a small country, and because of the tall poppy syndrome it doesn't allow you to do that here. I hope that will change because these people are suddenly burdened by this fantastic piece of fate.

"There are winners out there who have never told their wives or girlfriends or partners, and they never will. They keep one of the most amazing aspects of their life secret because they don't want to be treated any differently by anyone."

Lottery winners are just lucky. But if luck happens we may feel it was meant to be.

Riches, according to J.D. Rockefeller, were "a gift from Heaven signifying, 'This is my beloved son, in whom I am well pleased'." But even at this level, rich is a relative term. Asked if he was a billionaire J. Paul Getty sighed, acknowledged it, then added, "But a billion doesn't go as far as it used to."

The rest of us wonder about the rich and what it must be be like to be one of them: do Michael Douglas and Catherine Zeta-Jones really have 400 "close friends" who needed to be invited to their wedding? When Prince shops how does he sign the credit-card slip? With that incomprehensible scribble? Is the Imperial Suite at Geneva's President Wilson Hotel really worth US$33,243 a night? And what does that final US$3 cover?

We watch Lifestyles of the Rich and Famous to find out about this remote and alien world. This is the rapture of the rich; we wonder if wealth is contagious so if we just get close enough ...

But we can't, because wealth isn't like that. It is tribal and, according to Richard Conniff's popular The Natural History of the Rich, a kind of Naked Ape of this elite, the rich are not so much a breed apart as a separate species.

Conniff wittily proposes the rich reveal themselves in particular kinds of animal behaviour: dominance, territorialism, display rituals, a pecking order and unorthodox behaviour. This is wealth as fiscal Darwinism, where the rich are programmed for a distinct kind of survival. As Conniff says: "Studies suggest that some distinctly unsavoury survival mechanisms, and a few rather more savoury ones, express themselves with special intensity among wealthy people, if only because there is more at stake."

Social analyst and author Philip Slater: "The extremely wealthy, in most cases, inherit a fortune and use their power, inside knowledge, time and energy to multiply it into a grotesque one."

And when they achieve that degree of the grotesque, their reality becomes very different from our own.

Did Ted Turner mean what he said when he was unable to buy a television network: "I feel like those Jewish people in Germany in 1942."

Yes, the nice guys notwithstanding, many of the rich are different. They pay less in taxes, for a start. (If there is good news in that it's in the American survey which says taxes are what the rich worry most about.)

What we know for certain is with wealth can come the comforts and trappings in life. Or maybe it's the other way around.

The money-infatuated artist Salvador Dali - whose name was turned into a withering anagram by a rival, "Avida Dollars", greedy for dollars - knew that to adopt the appearance of wealth could give entry into the world of that different species.

He advised we cultivate a taste for champagne. "It's the only drink you never have to buy."

lifestyles of the rich and fabulous 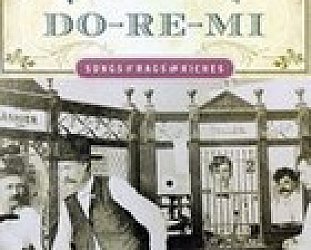 Subtitled "Songs of Rags and Riches" this 27-track collection pulls together the likes of bluesmen Lead Belly and Josh White, folk singers such as Pete Seeger and the New Lost City... > Read more