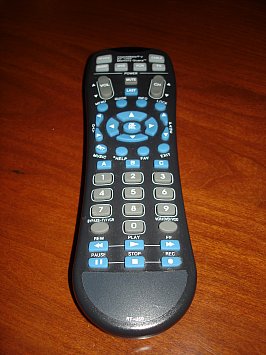 In an ideal world good design should be like fine wine and excellent food: only noticeable by its absence. But we live with ordinary chardonnays, indifferent meals, and abusive or annoyingly awful design. As one who enjoys travel I am accustomed to airline seats (I don’t care what the PR spin is, they are still uncomfortable in economy) and the amusing vagaries of hotels.

Bad design, I have learned, is international.

In London recently I stayed in one of those charming streets of converted Edwardian buildings where what was once a stately home has been transformed into 30 tiny rooms for weary travellers.

It was the smallest bathroom I have ever seen, and the tiny shower box had a bi-fold door and the rose was aimed directly at it. This meant you either climbed in under freezing water until the hot started running -- or tried to reach in, turn it on and slam the bi-fold before you and the floor were saturated.

I assumed this was knocked together by the same plumber who worked on a place in Austin, Texas where the owner asked we not flush the toilet too often, it had been connected to the hot water pipes.

Impressive design is not necessarily functional design however. Has anyone actually spent any time in one of those wooden chairs by Gerrit Rietveld? This an object to admire rather than be comfortable in.

At a hotel in Sydney some years ago I was taken to my room by the manager who was immensely proud of the redesign of this former warehouse space -- and to be fair the lounge, restaurant and bar were very stylish with views down the harbour.

Each guest room was different, he told me, because of the vagaries of the original building. My luxurious suite boasted a blindingly metallic and spacious bathroom, a bed the size of an aircraft carrier, and the television had internet on-call. The room photographed well for glossy magazines, but you took your chances when getting up at night to go to the bathroom.

It had an old beam running down the middle of the room, so I walked around Sydney for two days with a large and uncomfortable bruise on my head.

But it was remarkable how quickly I adapted to this aesthetically pleasing but bloody annoying beam -- ducking in anticipation -- and humans have an almost infinite capacity to normalise the absurd.

At a homely b’n’b in England there was an enormous and ancient tin teapot in the guest kitchen. Even when half full it took a Herculean effort to lift it, and the short spout was angled almost horizontally so the slightest movement meant hot tea went everywhere.

I mentioned this to the elderly woman running the place and she said, “Yes, people have laughed about it for years.”

They hadn’t replaced it, I guess they spent the money on burn ointment.

So we accommodate bad design. But equally, we notice the good by the absence of the bad.

A friend recently showed me a photograph he took of the remote control unit in his American hotel room. It had on/off, volume and channel change. It was elegantly simple, functional and you could actually understand it.

Last month in Canada I took a similar photograph: the remote was the size of shoe, had dozens of options, and it took me 20 minutes to get the television going. I have no idea what all the buttons were for, I don’t have that much time in my life to find out.

The technology had triumphed over the designer who hadn’t given any thought to the end user who just wanted to turn on the news.

We see that disregard for function often: consider the entertainment control units which slot in the side of airline seats. When you shift in your sleep you invariably turn on the light or television screen.

And I have experienced a similar disregard in an expensive automobile.

Two years ago in Los Angeles my wife and I took brief possession of a new BMW Series 6. It had literally 23 miles on the clock, most of those put there by the valet who took it for a spin to show it off to his friends.

The car was state-of-the-art, comfortable, went like a rocket and cost about as much as our townhouse.

But in a month we never figured out the on-board computer, and every time I reversed a series of alarms and scanners on the dashboard radar would leap to life to warn me of objects behind. This would be fine if they had been trees or trucks or children, but it sounded equally loud warnings about paper cups and small shrubs.

Every day we were annoyed and often outwitted by this intelligent automobile, a machine designed to serve us.

It was, in its own gleaming and expensive way, badly designed.

But, I gotta admit, very cool to drive.

This article first appeared in the design magazine Urbis in early 2007. The video is of very good design for a chair. I want one!