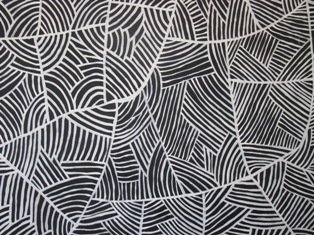 For a quiet suburban street in Waterloo where small workshops sit alongside brick homes and the occasional eatery, there are a few meters of Sydney’s Danks Street fascinating for their art -- and the flinty undercurrent of gossip and innuendo.

When John Ioannou opened his Agathon Galleries opposite the Danks Street Depot with its excellent restaurant and art arcade -- which includes the Aboriginal and Pacific Art gallery -- there were bound to be sparks.

Ioannou specialises in Aboriginal art, but works outside the established systems and protocols for dealing with Aboriginal artists.

Anyone following the cultural politics of dealers, galleries and Aboriginal artists (or has seen the film Samson and Delilah which lightly touches on it) knows unscrupulous characters pay a pittance for Aboriginal art (especially dot paintings from the Central Desert) and flog it at hugely inflated prices.

Without dancing through that minefield, let it be said Ioannou speaks fluent Pitjantjatjara (the language of one his most acclaimed artists, seventysomething Yannima Tommy Watson) and has a roster of fine and innovative artists.

Even to the untrained eye, some terrible Aboriginal “art” has flooded the Australian art marketplace (more market than art today), but painters such as Watson are outstanding.

His exhibition at Agathon confirmed that here was someone who had stepped past tradition and into the world of powerful Abstract Expressionism and whose palette was bright, unconstrained and vibrant.

The current Agathon exhibition by 37-year old Helen McCarthy Tyalmuty from the Northern Territory, is equally stunning: abstracts which shimmer with light and the movement of water, mirror a landscape, and evoke time and distance.

Ioannou may have irked some by circumventing protocols and going direct to artists, but it would patronising to suggest Watson and McCarthy are so unsophisticated as to be duped.

However a newspaper clipping --with an admittedly aggressive quote by Ioannou highlighted -- is prominent on a noticeboard in one of the galleries opposite. The sniping across Danks Street continues.

This is not to say the gallery of Aboriginal and Pacific Art had inferior work: the first Sydney show for Lydia Balbal from Bidyadanga, two hours south of Broome, presented large, dense acrylic on linen paintings which addressed the landscape of her people’s former home in the Great Sandy Desert.

Elsewhere were powerful oil pastel pieces by Suey McEnnally in the Sydney Metropolitan Art Gallery (which gets the clever web address of www.smartgallery.com.au). McEnnally’s layered landscapes are achieved by an unusual technique: she melts pastels into a condom inside a cardboard cylinder which -- when cooled, the cardboard removed and the condom pieced -- allows her to work with a large “pencil” to achieve broad, bold lines.

In a country as vast as Australia, landscapes are a common subject: in another Depot gallery Liz Cuming’s muscular paintings capture the harsh grandeur of the land in a vigorous but controlled application of paint where rugged rocky outcrops hunker beneath a flat blue sky.

But it was not all gazing at the geographic navel: Stella Downer Fine Art presented Beautiful World: New Art From China with works by Hu Qinwu, Huang Xu and, most notably, Lao Dan whose ink on paper works were gripping abstracts. (For more contemporary art from China, the White Rabbit Gallery in Chippendale is recommended.) 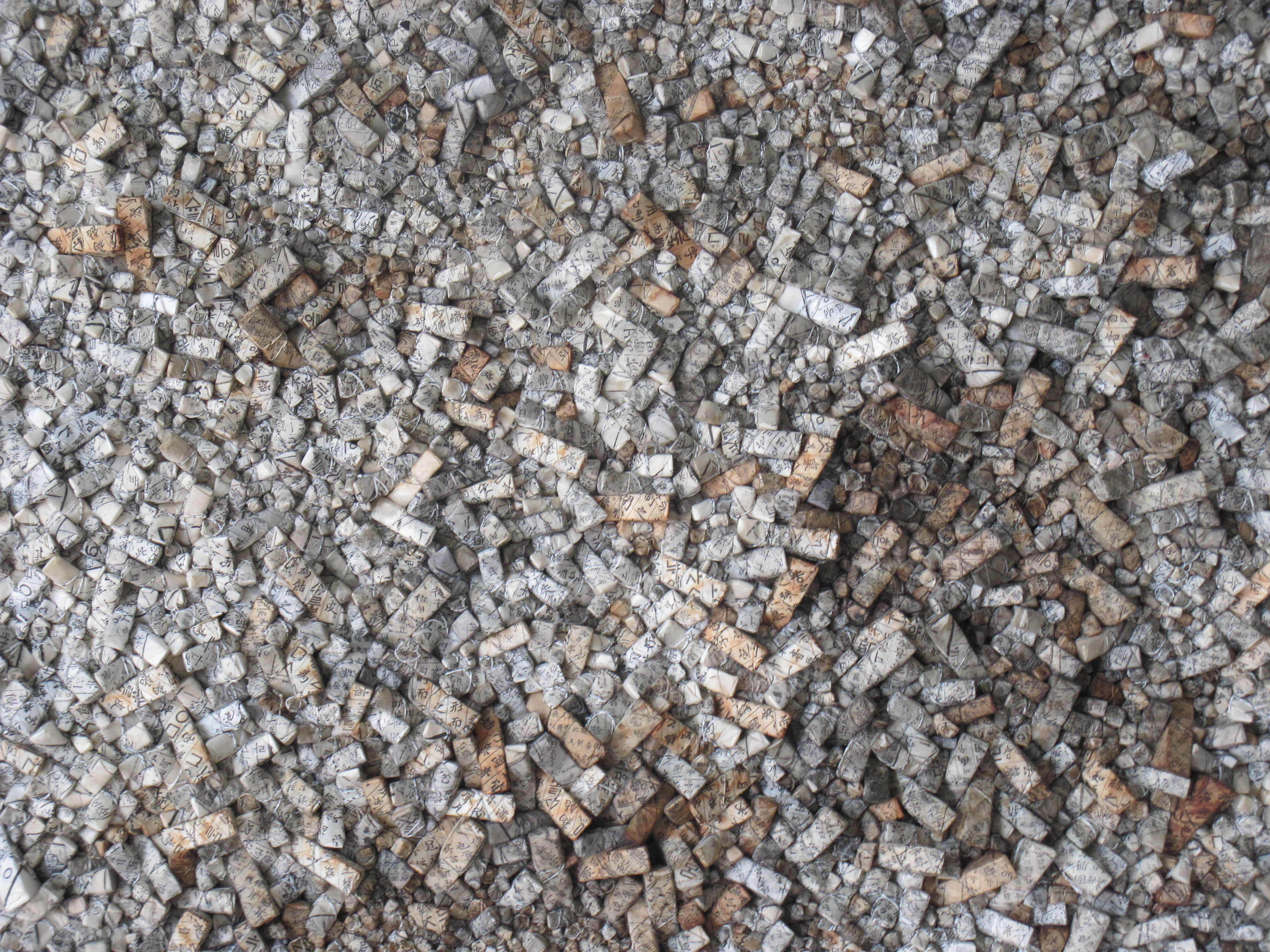 Elsewhere in the Depot the Conny Dietzschold Gallery was holding a 20th anniversary retrospective (astonishing folded paper works by the Korean artist Kwang-Young Chun [right] was the highlight), and there was an exhibition of sculpture by 81-year old Marea Gazzard in Utopia Art whose pieces, according to David Malouf, possess a “strong sense of the intimate” while having a sense of “impersonality” as they move between cultures. These stand-alone, crescent-shaped bronze blocks of various sizes had undeniably gravitas and their sheer solidity suggested acultural permanence.

There are scores of galleries across Sydney but if you are on limited time then Danks Street (with its attendant politics and excellent restaurant run by former Kiwi chef Jared Ingersoll) is worth visiting.

However much of what I saw in other galleries by younger artists was weak: there seemed to be a frequent, self-defeating retreat into whimsy or an indistinct statement, an own-goal from a generation which perhaps has come to expect their “practice” will be curated into significance when there is actually little being said.

It is depressing to see work by a young artist learning to paint and draw because they didn’t teach that to her in art college.

Worse though, she gets a gallery exhibition highlighting her manifest inadequacies.