As the vessel pulls away from the pier, the soundtrack is predictable: the 1964 hit by Gerry and the Pacemakers Ferry Cross the Mersey, Gerry Marsden’s paean to this, his hometown of Liverpool.

What is less expected on this short trip across the River Mersey and back is the commentary which sketches in the fascinating history of the Wirral Peninsula opposite where thousands once came to bathe in public pools.

However it is when the Mersey ferry returns to the city that Liverpool offers a view an Aucklander might envy.

While the imposing “Three Graces” of the early 20th century -- the Royal Liver Building, the Cunard Building and the former Mersey Docks building -- dominate the shoreline, what is happening in the foreground is of greater interest.

Here along the old dockland and waterfront -- a UNESCO-designated World Heritage Site -- striking, and sometimes controversial, contemporary architecture is springing up. The impressive Arena and Convention Centre which opened in January last year -- launching Liverpool as the 2008 European City of Culture -- lies low along the waterfront, its curved exterior reflecting light off the river.

Designed by Wilkinson Eyre Architects -- an easy walk from the city centre and the revamped Albert Dock area which has become tourist magnet -- the $365 million ACC won a 2008 RIBA (Royal Institute of British Architects) award and in June picked up Liverpool’s Sustainable Tourism award.

By any measure it is an architecturally exciting building.

And it isn’t alone in this rapidly redeveloping city perhaps best known for its Merseybeat soundtrack of more than four decades ago: the Beatles, Cilla Black, Gerry and the Pacemakers, the Searchers . . .

While Liverpool understandably trades off that history in numerous Beatle exhibitions and tours, it is also facing the future and its City of Culture status added impetus to urban redevelopment.

Further along the dockland is the $170 million, state-of-the-art Museum of Liverpool opening in 2010 and expected to attract 750,000 visitors in its first year. 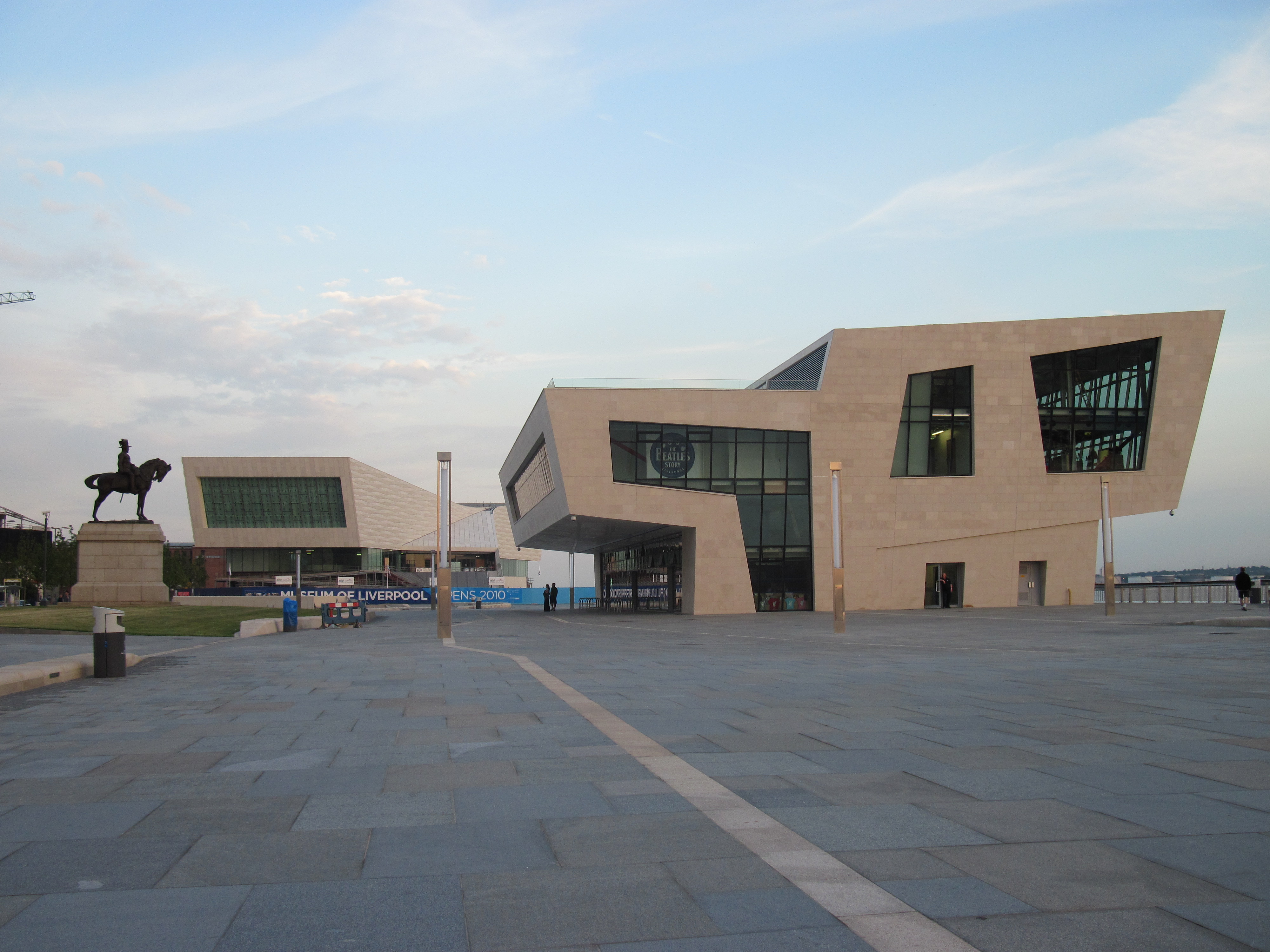 The angular Museum came from the Danish architectural firm 3XN, but a falling out between it and the client meant Manchester-based AEW (already a partner in the project) is now delivering the detailed design.

In pale Jura limestone, it is shaping up as a landmark in this city many perhaps still picture in grim black’n’white from when the young Beatles reigned over its bleak urban streets.

But Liverpool is changing: the abrupt geometric design of the Museum is echoed in the nearby Pier Head Ferry Terminal, the recently-opened, highly controversial and asymmetric building designed Hamilton Architects. At $25.5 million, it sits as a solitary imposition within the heritage area and has been subject to considerable criticism -- perhaps because it occupies the open space in front of the iconic Liver Building.

Those who defend it argue that once other buildings and waterways projects are complete, the Terminal will appear more integrated in the architectural landscape. 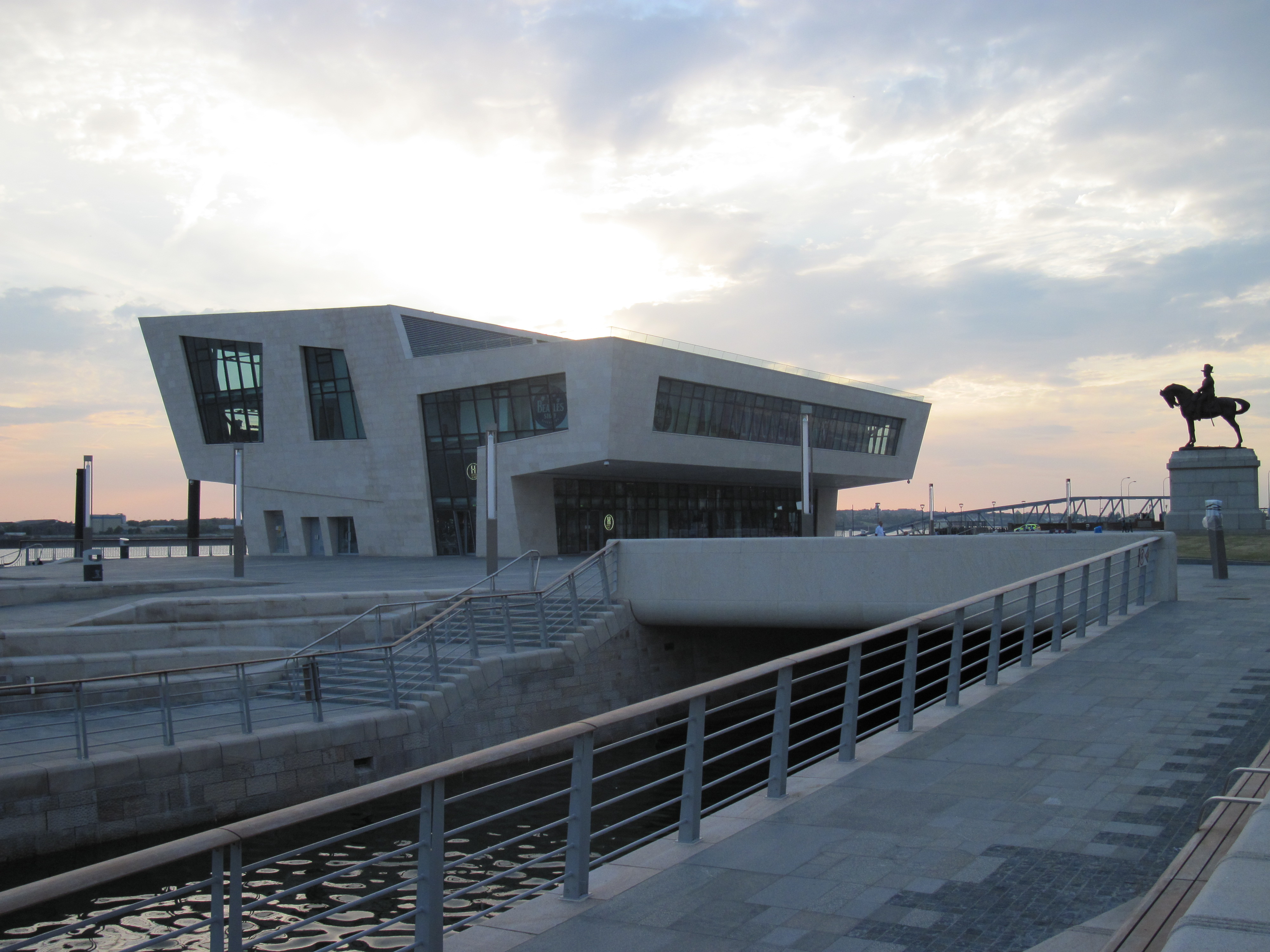 That’s a difficult case to make -- it appears abruptly de-contextualised -- and while it currently houses an interesting Beatles museum on one floor, the superior Beatles Story is less than a 10 minute walk away in Albert Dock.

Architect Kim Herforth Nielsen of 3XN, concept designer for the Museum, was especially scathing: “I cannot find the words to describe my disappointment that any architect could do such an amateurish look-alike next to our building. And how could they get the planning permission, when I know how much effort it took to get the museum design through the planning process, on this very sensitive UNESCO heritage site?”

Alongside these three major projects (and eye-catching geometric residential and commercial buildings around nearby Canning Dock) has been the development of Liverpool One, a retail complex twice the area of Auckland’s Sylvia Park with parking, public sculpture, high-end stores, cinemas, restaurants and bars.

The Paradise Project (around Paradise St which is part of Liverpool One) involved more than a dozen architectural firms and added momentum to the urban renaissance. It also pulled the city centre closer to the Albert/Canning Dock precinct.

Parallel to this partnership have been other developments: the Tate Liverpool which opened in 1988 in a converted warehouse on Albert Dock was expanded a decade later and in 2007 the entrance was redesigned. 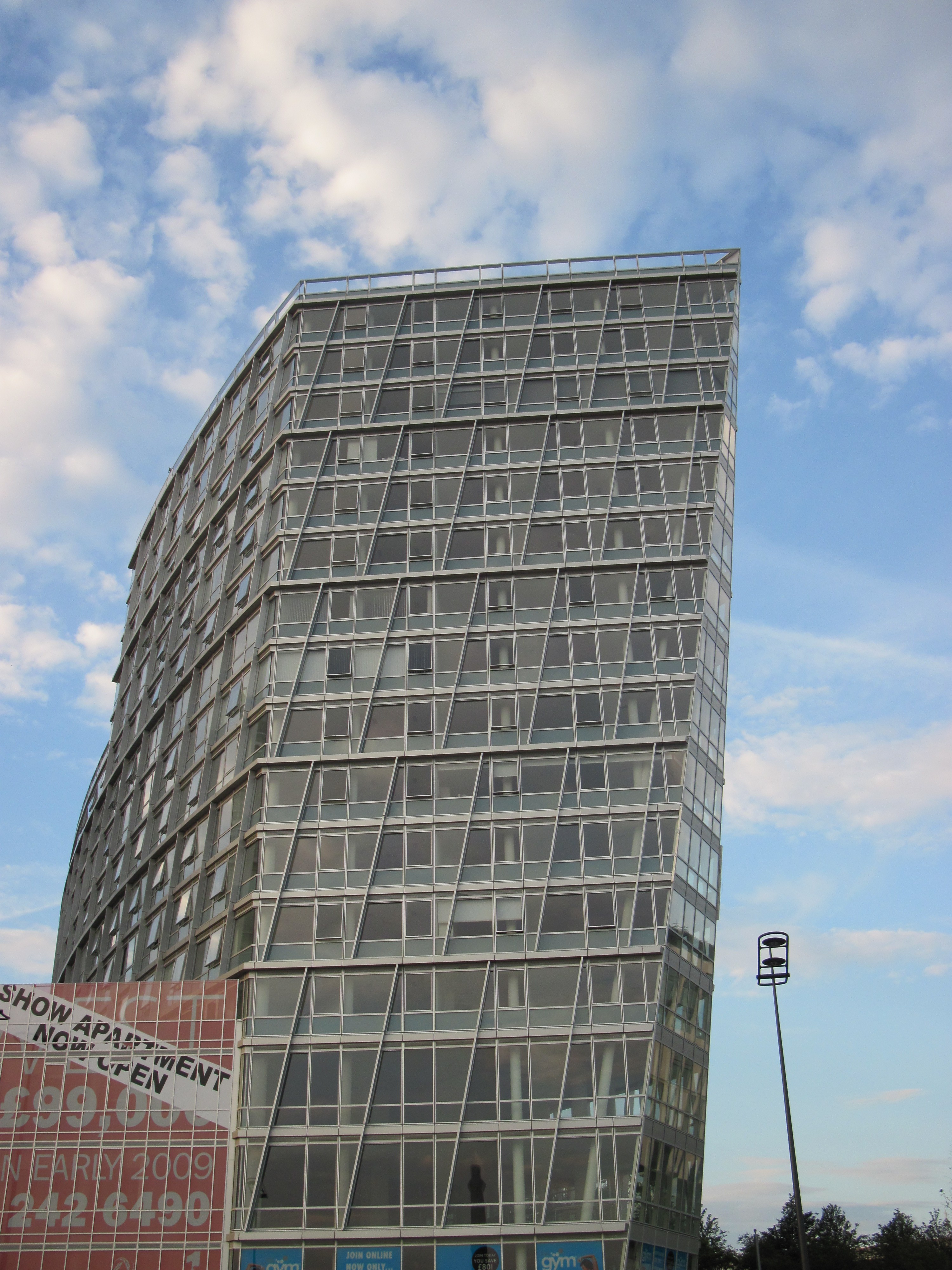 Stone warehouses around Albert Dock -- between the Museum and the ACC -- have been converted and now house bars, restaurants, hotels, the excellent Beatles Story (expanded last year to double its previous size), the International Slavery Museum, the Merseyside Maritime Museum . . .

Today the once run-down Albert Dock attracts more than five million visitors a year. Annually tourism, especially cultural tourism, is a $3 billion business. Liverpool has, through a “build it and they will come“ strategy, turned itself into an attractive destination.

A 2008 Conde Naste Traveller survey voted it Britain’s third favourite city for a holiday, 15 million attended a cultural event or attraction in Liverpool last year, and a cruise liner terminal along from “the Three Graces” opened in 2007.

Cultural tourism, more sustainable than sporting events which tend to be one-offs, is a cornerstone of Liverpool repositioning itself.

The MP chair Rodney Holmes observed, “Liverpool demonstrated unprecedented collaboration between private and public sectors; individuals and organisations; cultural partners and artists all working together to achieve a shared ambition.

“Liverpool once again captured interest and imagination around the world -- transforming outdated perceptions outside the city and bringing new-found self-confidence within.” This redevelopment is not without critics: some find the juxtaposition of the heritage buildings and modernism too jarring.

But standing on the waterfront looking across the muddy River Mersey, you can’t help feel some similarities with Auckland: the distance across to Wirral is about that from the Ferry Building to Devonport; the central city is some distance back from the harbour; and although greater Liverpool has a population of around two million, as with sprawling Auckland, such figures are deceptive. A more relevant figure might be just over a million in the immediate area.

Similarities are there to be considered, but Auckland would seem to have greater potential: a more attractive harbour; more space for development; the Viaduct started the revitalisation; Liverpool attracts 40 cruise ships annually but Auckland gets 70 . . .

However Auckland conspicuously lacks a coherent vision and a collective will which would allow its harbourside to be a place for its citizens and tourists alike.

“Build it and they will come”?

Auckland, it seems, wouldn’t dare be so bold.

Unlike Liverpool with Ferry Cross the Mersey, Aucklanders don’t even have a decent song about their city.

Thanks Graham for another good year's reading and listening.
On the topic of whether Auckland hasnt been bold on the waterfront , the future may change that when the port and all those cars have gone. Still , seems a bad decision to totally remove a port from the biggest city in the country while container ships arrive daily but I 'll leave that to people who know more than me. And point to the state house with Parakowhai's comment on Captain Cook as being indicative of ' reasonably adventurous.'
On the topic I do know something about; of the National Library cull I agree with it. If you'd ever ploughed through the lists of books about to be culled which are sent to the nation's libraries to pick through you'd see that most of these are well past their read by and interest date. Specialist libraries and interest groups have had chances to become the new owners and have largely declined. They are nothing like the kind of book you talk about in your piece on Defoe and Crusoe. All that they are good for are to show the interests and preoccupations of the past and efforts have been made to make sure there is at least 1 example left in NZ libraries, available to be interloaned for a moderate fee. The very expensive proposal to have the remaining stock digitally scanned in Indonesia I believe is a dubious money saver, uses up masses of carbon miles and presumably uses cheap labour....or maybe robots, which you'd wonder...why isnt it going to be done here. ?
Employment (of course limited to those who can stand the boredom or some one who can set up a robotic production line) would not be ongoing, but what is these days.? One of the pleasures of being in a university music department is the chance to put faces and personalities to people whose music you might have heard but had no other connection to.... > Read more 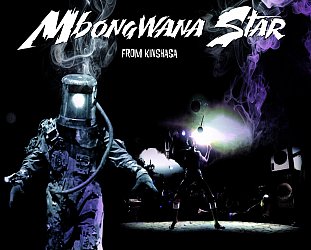 Just as Memphis, Liverpool, Jamaica, Iceland and Sweden were not in the sightlines of pop music before great artists emerged from there, it's a fair bet 10 years ago no one would have put money... > Read more