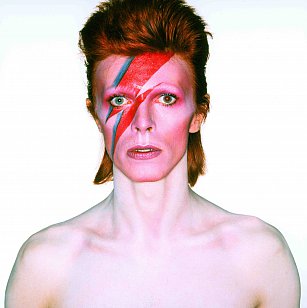 Even in an artistic life of oddity, irony, apparent contradictions and self-aware consistency, it still comes as a surprise that David Bowie left London – the city of his birth and where Ziggy Stardust fell to Earth – over 40 years ago.

David Robert Jones who grew up in suburban Sundridge Park, some 15km from central London, reinvented himself as David Bowie and became a global citizen.

Although considered one of the greatest living English artists – he declined a knighthood in 03 – Bowie has lived and worked in cities which reshaped his art, notably Philadelphia (the Young Americans album), cocaine-drenched Los Angeles in the mid Seventies then austere Berlin. He made videos in Australia (Let's Dance), collaborated with Japanese fashion designer Kansai Yamamoto (who created the famous striped body suit for the Aladdin Sane tour) and today lives quietly in New York.

He has been many Bowies over the past five decades and 10 days ago a whole bunch of them landed in Melbourne.

The expansive exhibition David Bowie Is – on loan from London's Victoria and Albert Museum with additional material from Bowie's Australian appearances – has come to the Australian Centre for the Moving Image (ACMI).

Already seen by over one million visitors in six other cities – Bowie himself attended once, anonymously – the exhibition draws from 75,000 objects Bowie had in his archives. 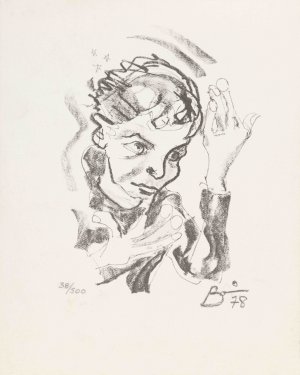 David Bowie Is includes dozens of iconic stage costumes; famous or private photographs from all periods of his professional life; his drawings, handwritten lyrics, collages, instruments and stage designs; posters and books; video and film footage; photo shoots for album covers and publicity . . .

It has been likened to walking through the mind of David Bowie.

But in the absence of the man himself.

The intellect behind this cross-discipline work is evident, but quite who David Bowie is remains the tantalising complexity.

So the clever exhibition title allows multiple interpretations. Around the walls the phrase “David Bowie Is” gets taglines: David Bowie Is . . . A Picture of the Future; Making Himself Up; Looking For a Future That Will Never Come To Pass . . .

Add your own and something here supports it..

The room David Bowie Is Someone Else shows clips from his numerous films, including his earliest appearance in the indie two-hander from 69, The Image. Bowie is the mysterious boy who comes out of a painting into the real world, a prescient metaphor for how he would explore illusion and reality.

“I wanted to be well known,” he says in a soundbite on the audio guide about his early years, “[but also] the instigator of new ideas”.

As he became David Bowie – a name he adopted referring to a bowie knife “cutting through the lies” – he learned the importance of collaboration in extending the parameters of his art. He reached into high and low culture, the art avant-garde, to provocateurs like Brian Eno and William S. Burroughs, and the fashion stylists of old Hollywood and new Japan.

Pop culture has always been about fashion -- every new musical movement demands a different set of clothes – but no one before Bowie understood how change could be a constant. He fused art, music, design, fashion and performance in a way which re-calibrated the possible. And threw in gender manipulation and ambiguity, drag and androgyny . . .

To read the rest of this extensive article about the David Bowie Is exhibition in Melbourne go here. A few selected images from the exhibition are below.

David Bowie Is at the Australian Centre for the Moving Image (ACMI) runs until November 1. Bookings are advised. For further information see: www.acmi.net.au

There is much more about David Bowie at Elsewhere including archival interviews, reviews and somerthing different about this exhibition starting here. 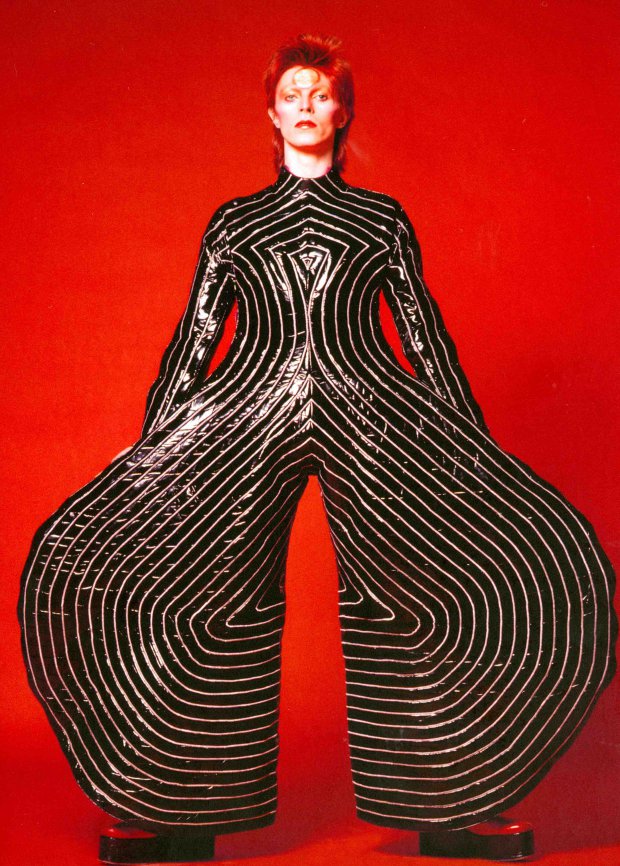 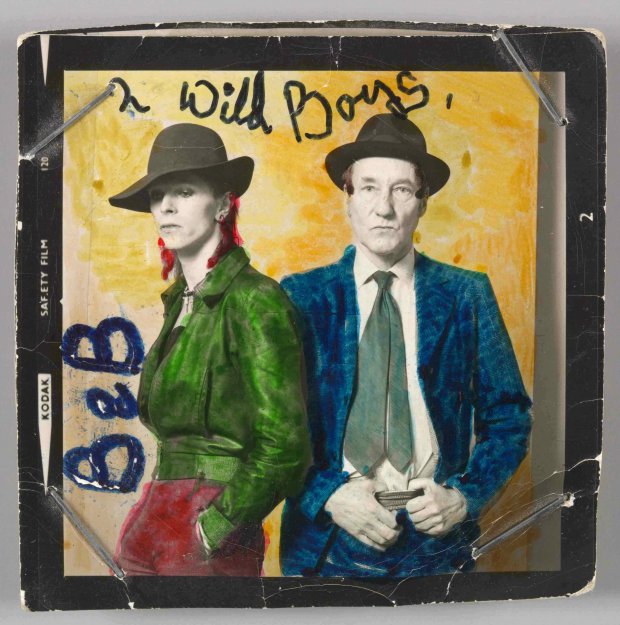 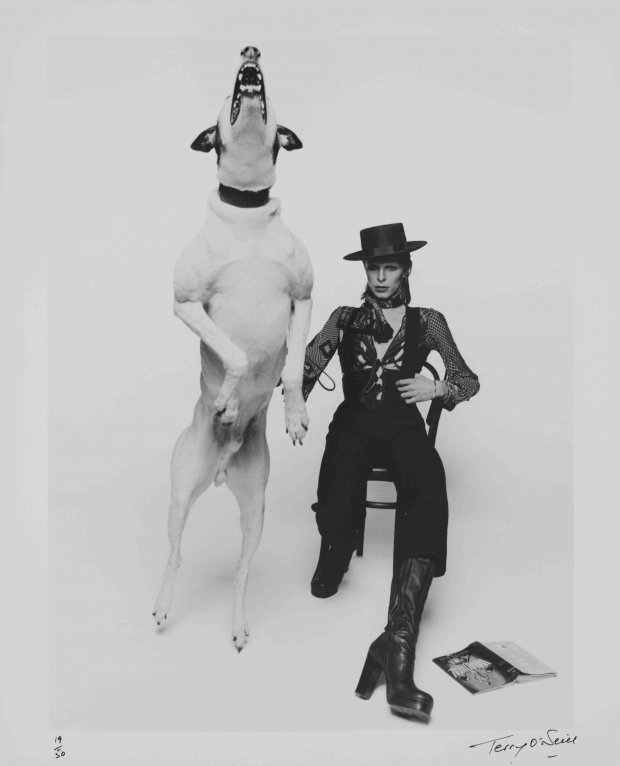 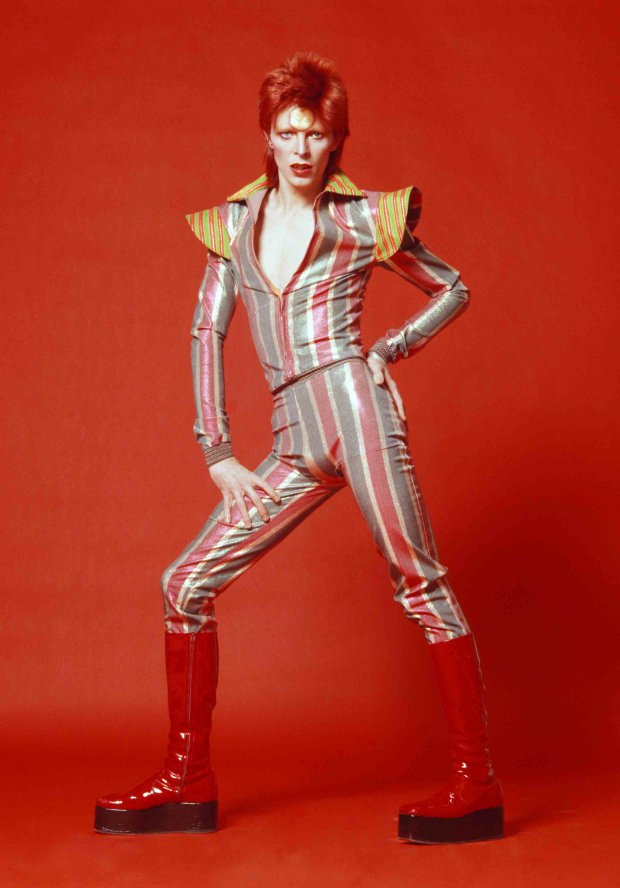 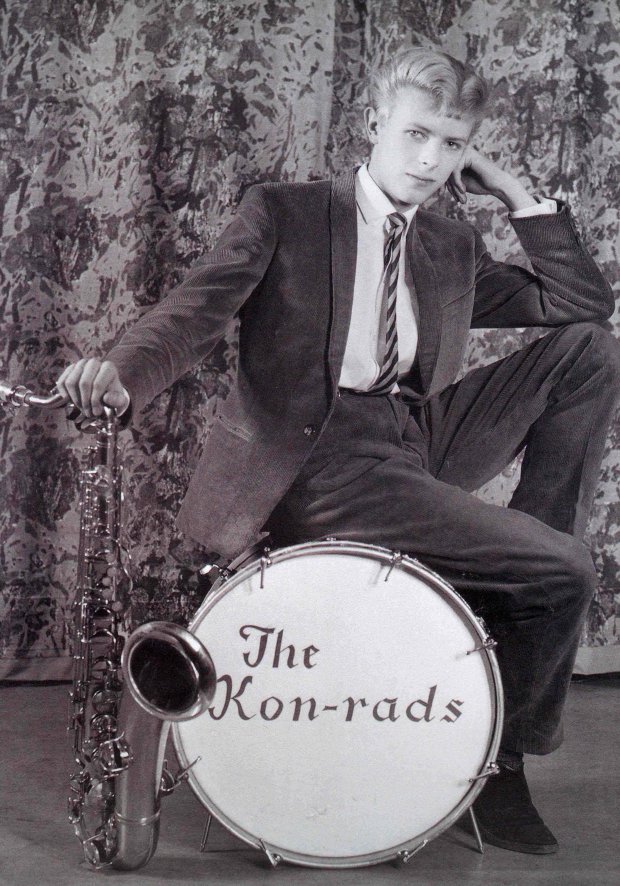