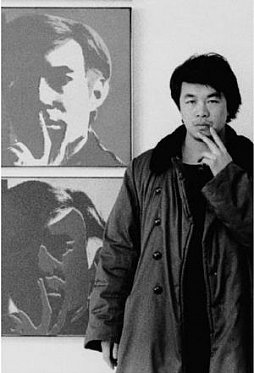 Curiously enough, although both men were artists living in the same city not far from each other, had friends in common and sometimes attended the same exhibitions, they never met.

They were however separated by age (the older man in his mid 50s, the younger man three decades his junior) and cultural background (American and Chinese).

But now Andy Warhol and Ai Weiwei, or their work at least, meet on common ground at the National Gallery of Victoria in Melbourne for a blockbuster exhibition featuring 200 of Warhol's most iconic works and over 300 by Weiwei including major new commissions by the Chinese artist and political activist, one of which will be an installation of more than 1400 bicycles.

Given the separate careers and cultures of the two artists -- Ai a 30-year old aspiring artist living in New York's East Village when Warhol died in 1987 – it may seem these men have little in common. But not so, says the NGA's senior curator of international art, Max Delany.

“It's not a forced marriage because there's a real background to it. For example Ai lived in New York for a decade from 83 and there's an interesting self portrait photograph from 87 of him in front of a Warhol self-portrait where he is aping the gesture of Warhol.

“He was a young artist, but there is already that direct identification with Warhol, and when he arrived in New York the first book he purchased and read was Warhol's From A to B and Back Again.”

Delany – who has met Ai three times, been to his studio in Beijing and has worked closely with the Andy Warhol Museum in Pittsburg where the exhibition will go at the end of its Melbourne season in April – says Ai openly acknowledges Warhol's influence on his work and practice.

“And we are really framing the show around an exemplary artist from the 20th century and one of the most consequential artists working today in the 21st century, which has often been termed 'The Chinese Century'.” 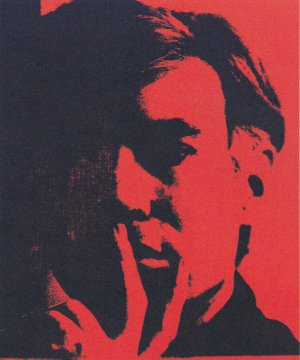 Yet Warhol's curious detachment and Ai's overt activism which at separate times has seen him arrested, prevented from travel and having his studios searched by Chinese authorities would also seem to set them apart.

Yet, says Delany, while Warhol's work was often considered ambivalent that might have been ambiguity and irony, and he used socio-political iconography throughout his work from images of the Kennedy assassination and Mao Zedong to race riots, dollar signs, guns and his huge prints of an electric chair.

“So he uses some of the most defining iconography of the late 20th century, almost to the point of history painting. You look at those works and then compare the relationship Ai's work has to official culture or authority.

“There are a number of works in his Studies in Perspective series for example, where instead of the artist using his thumb to gain perspective on a field of vision, it is the middle finger raised against monumental buildings which are usually representative of authority whether they be in China, Russia, Paris, New York or Washington.

“So there is a really interesting connection about that relationship between individuals and power.”

If Warhol seemed infatuated with celebrity — thus anticipating the celebrity culture of today — both artist use their own celebrity to communicate beyond the art world. Ai also uses his for political activism, such as his blog which ran for four years from 05 in which he posted essays on art and architecture but also confronted the Chinese government's policies, notably inviting citizens to post the names of students killed in shoddily built schools which collapsed during the 08 earthquake in Sichuan province.

On close inspection there do seem links between the two artists, more than just Ai's admiration for Warhol's practice and factory-styled principle of art production. Both men came out of a conservative tradition of drawing – Warhol in fashion and advertising, Ai in classical Chinese landscapes — and both explore the visual vernacular and Modernist traditions after Marcel Duchamp and his ready-mades.

“Yes, both were critically involved in the way the artist can change the value of something,” says Delany. “You think of Warhol's soup cans which critique originality and question the value of art at the time, which was that established acceptance of the idea of originality. Warhol's multiples questioned that.

“Equally Ai uses painted pots which on the one hand are concerned with cultural heritage and the Chinese tradition, but on the other they interact at the interface of tradition and modernity, and how cultural heritage has been challenged and threatened by modernity.” 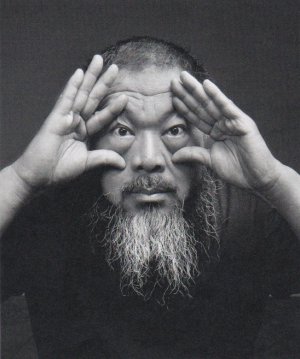 Separate rooms at the exhibition also place the artists' work in conjunction around similar or related ideas. Warhol was an almost obsessive photographer (Polaroids becoming his chosen idiom) as was Ai who assiduously photographed New York life and the Chinese diaspora when he was in the city; each man presented post-Duchamp ready-mades; both used images of flowers (Ai's much more politically pointed as in his on-going Flowers of Freedom project) . . .

One room couples their portraits of celebrities, political figures and interest in social realism and propaganda.

And in a world full of Warhols and touring exhibitions of the artist, even long-gone Andy seems relevant again.

“Ai Weiwei has said the full value of Warhol's work was not appreciated in his lifetime,” says curator Delany, “and he thinks the consequences of his work make him still the most significant artist today.”

Given his own profile as an artist, activist, socio-political commentator and celebrity, that seems a generous comment from Ai Weiwei.

So, not a forced marriage between Andy Warhol and Ai Weiwei, more a civil union in the arts across time and culture. And, oddly enough, celebrated in Melbourne.