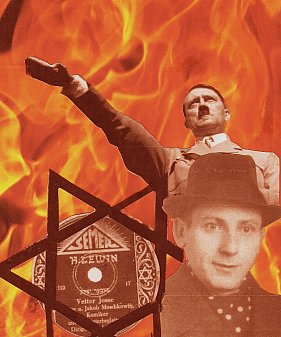 Tragically, it seems, the appalling lessons humanity should have learned from the Nazi era have been forgotten – or worse, not even known – by far too many people today.

While most haven't quite got the Hogan's Heroes rear-view of that time (Gosh, what merry japes they got up to and fooled those silly SS and Nazi types?), it does seem odd that George Clooney and the rest almost played The Monuments Men as a comedy.

If you missed that lightweight diversion, it was about a small group trying to find and rescue some of the great artworks of human history which the Nazis had pilfered and were going to just send up in flames as their 1000 year Reich collapsed around them in 1945.

The Nazis – actually right and left wing extremists of all cultures and races – have a peculiar view of the arts: If art, music, theatre and so on don't support their brutish ideologies then they have no use for them . . . and worse will try to stamp them out.

Elsewhere previously wrote about the Entartete Kunst and Entartete Musik – the so-called “degenerate art” and “degenerate music” – which Hitler's thugs and propagandists paraded across Germany as examples of what needed to be purged from the new National Socialist state.

Jazz, “negro music”, Paul Klee, Stravinsky, Kandinsky . . . Out they go. Along with the Jews, gypsies, homosexuals and others. 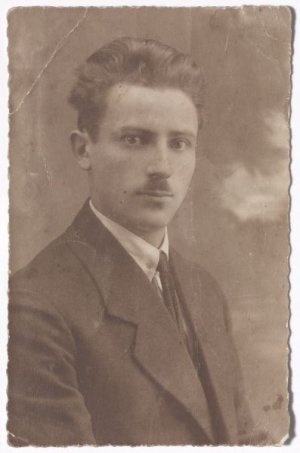 A new collection of contemporary interpretations of Jewish songs from Berlin in the Thirties reminds us again of just how fragile the arts can be when confronted by jackboots on the march and a civilian population which believes the propaganda.

Rescued Treasure by the Semer Ensemble (recorded live in Berlin at the Maxim Gorky Theatre late last year) will not be for casual listeners, but the story behind it makes for compelling and salutary reading.

It begins after World War I when Hirsch Lewin – who had been conscripted into forced labour for the Germans from his home in Vilnius, stayed on in battered Berlin and, after working in a bookshop, opened his own store in '30 selling books in Hebrew.

And he also sold the new fangled invention, gramophone records.

Two years later he started his own Semer label and – after the Nazis came to power a year later – he began furiously recording as many Jewish artists as he could. 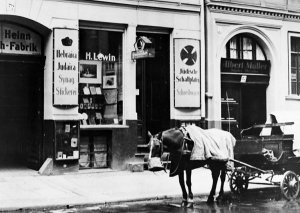 But then in late '38 his store is attacked by an anti-Jewish mob and the place is destroyed, taking with it 4500 recordings.

According to the Berlin Transit website, “Lewin was arrested in September 1939 and deported to the Sachsenhausen concentration camp. Six months later he was released on the condition that he leave Germany immediately.

“Lewin first fled to Czechoslovakia. From there he attempted to secure passage with other Jewish refugees on a ship headed for Palestine. The vessel sank off the coast of Italy, but the passengers managed to survive and were interned in Italy.

“Initially, the other members of the Lewin family stayed in Berlin. The family met again in 1944 in Palestine. With the support of his son Zeev, Hirsch Lewin began producing records again. After his father’s death in 1958, Zeev Lewin continued to run the company successfully”. 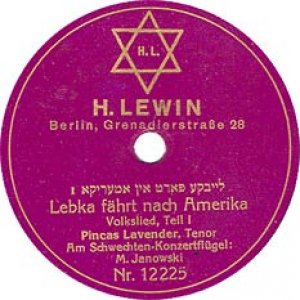 But Semer (Hebrew for “song”) was not so easily erased as that mob might have presumed and – although for more than half a century the story of Semer gradually faded – in the early Nineties the German musicologist, jazz aficionado and political scientist Dr Rainer E Lotz (born the year before Lewin's shop was destroyed) made it his mission to track down as many Semer recordings as he could. And by the early 2000s he had located almost all of them.

Four years ago the Jewish Museum in Berlin commissioned Alan Bern to create new but faithful interpretations from the archived recordings and – with an ensemble of seasoned and sympathetic players – this is what appears on the Rescued Treasure album.

These are songs of their period, akin to cabaret and what they knew as jazz at the time. 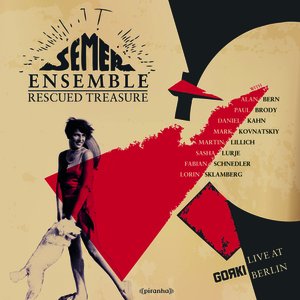 The ensemble has toured these songs through Europe to great acclaim, not just because of that backstory but because the songs speak of a long gone era but also have contemporary resonances in themes of love, faith, war and partying.

Almost eight decades after the impassioned mob set upon his business, the music Hirsch Lewin recorded and released lives again, the original recordings have been retrieved and the site of his Hebraische Buchhandlung (Hebrew Bookstore) is still there.

And that generation of Nazis at least is consigned to the rubbish bin of history . . . although worryingly you can see odious aspects of it, sometimes with a more presentable face, being recycled today.