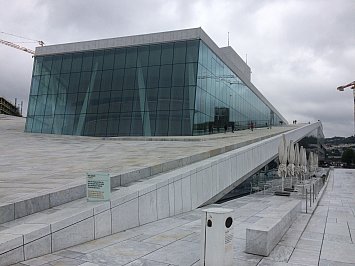 Although the jewel in Oslo's architecture is the breathtaking Norwegian National Opera and Ballet building -- pictured here, like a glacier on which people can walk on and through -- there are many spectacular examples of 21st century design everywhere.

Not the least of course is the Renzo Piano-designed Astrup Fearnley Museum of Modern Art with its huge curved roof and passageway between its two buildings. More about that soon.

But along the water's edge behind and to the east of the Opera and Ballet house -- between the old town and the city centre, the central station lines and the sea -- a whole new area of different and visually striking buildings are appearing.

The area is known as Barcode and it houses offices, apartments, cafes and restaurants. Each building is different yet the ideas seem to bounce off each other to create a sense of surprise at every corner. There are artwork and sculpture tucked away in enexpected places also, and trees and flowers have been planted.

Here follows a series of photos of the architecture of Barcode, a short strip which is invigorating the area and inevitably leading to older apartment buildings (some rather beautiful in their own 19th century way) in the nearby Gamlebyan (old town) now undergoing gentrification and renovation. 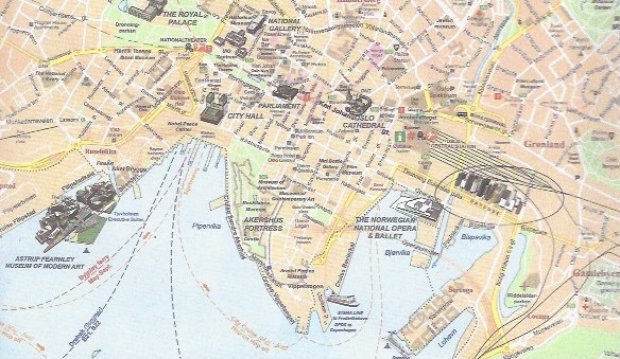 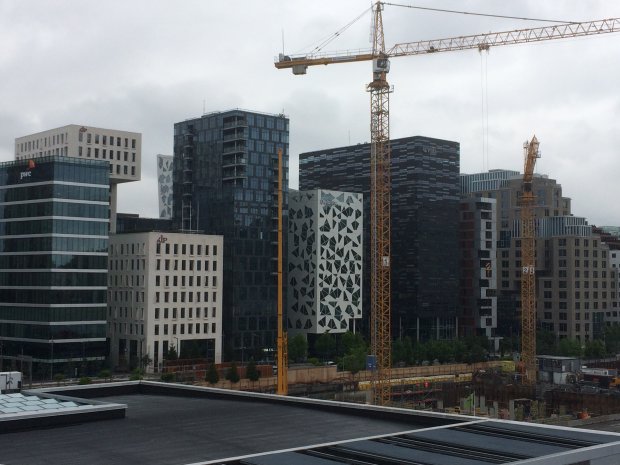 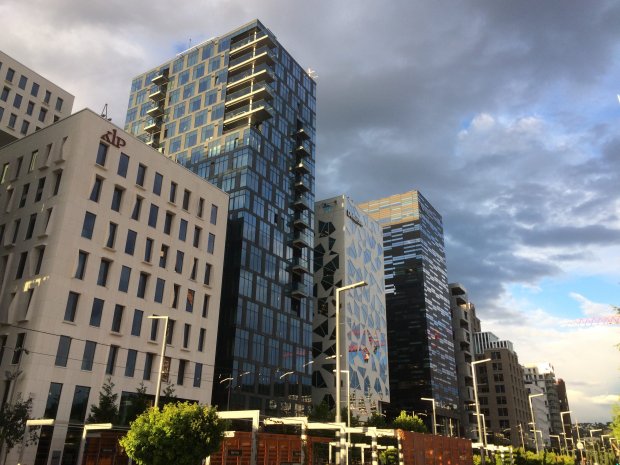 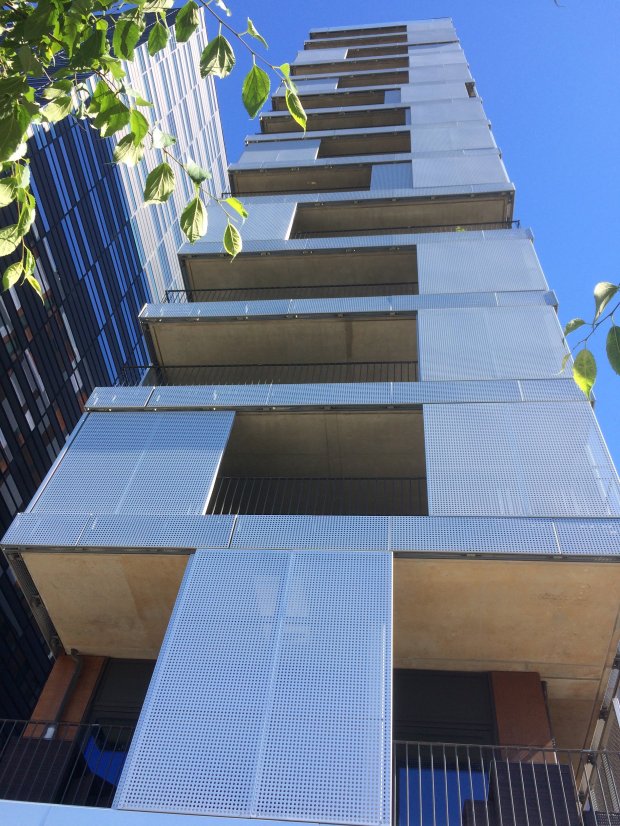 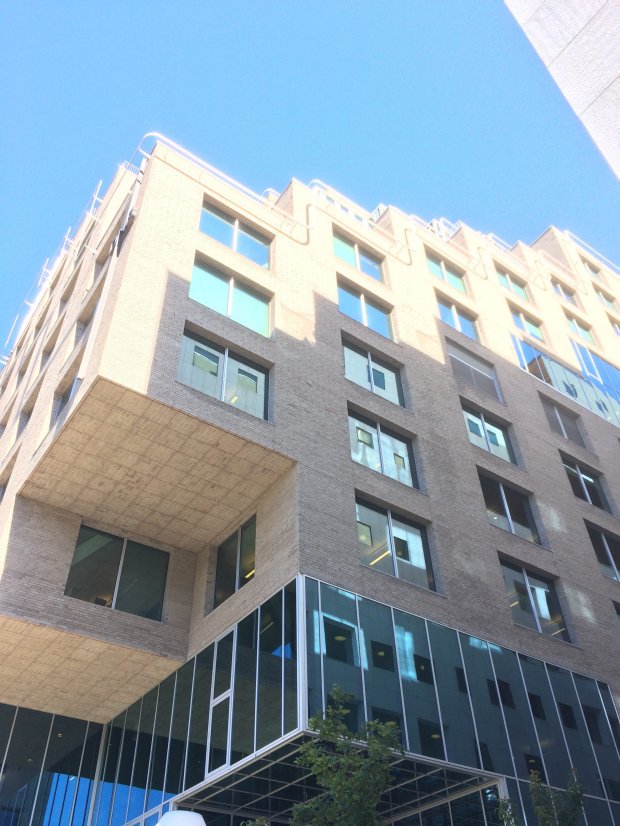 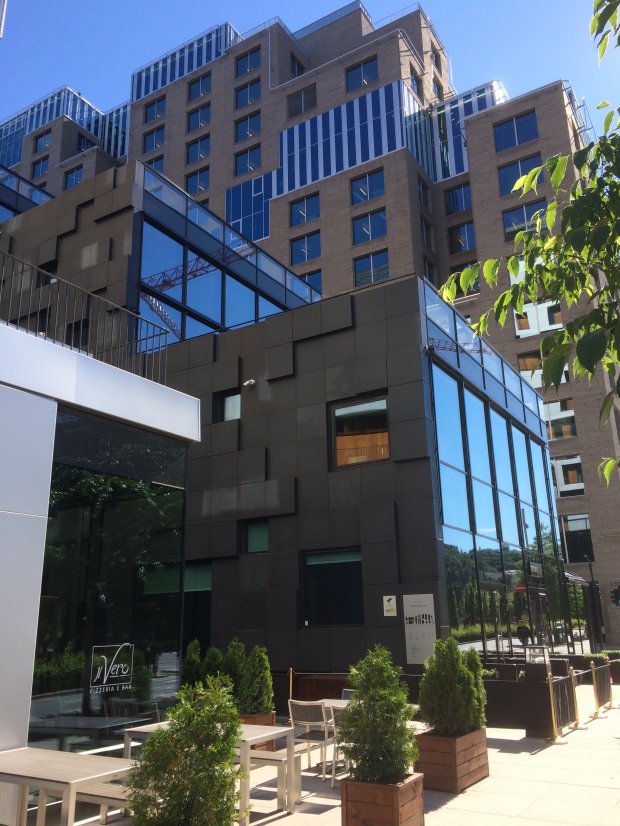 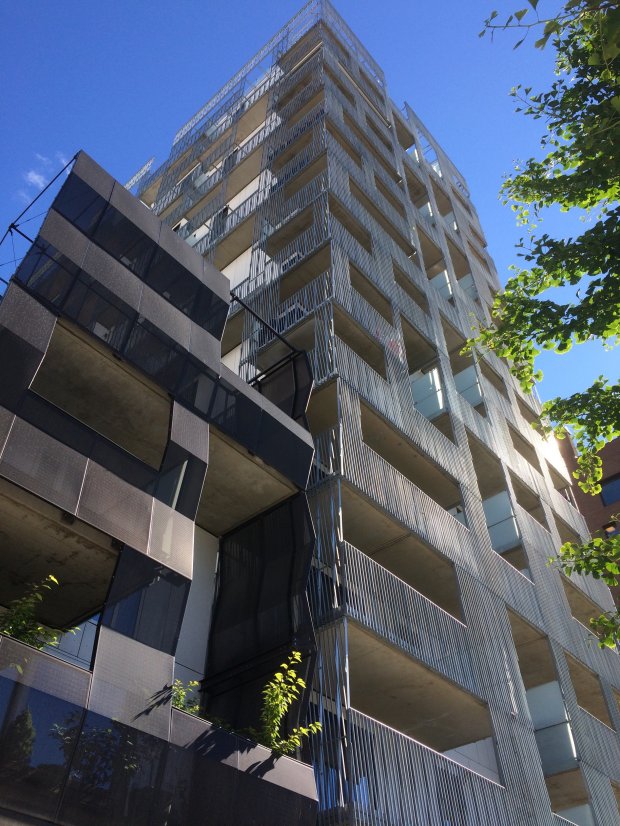 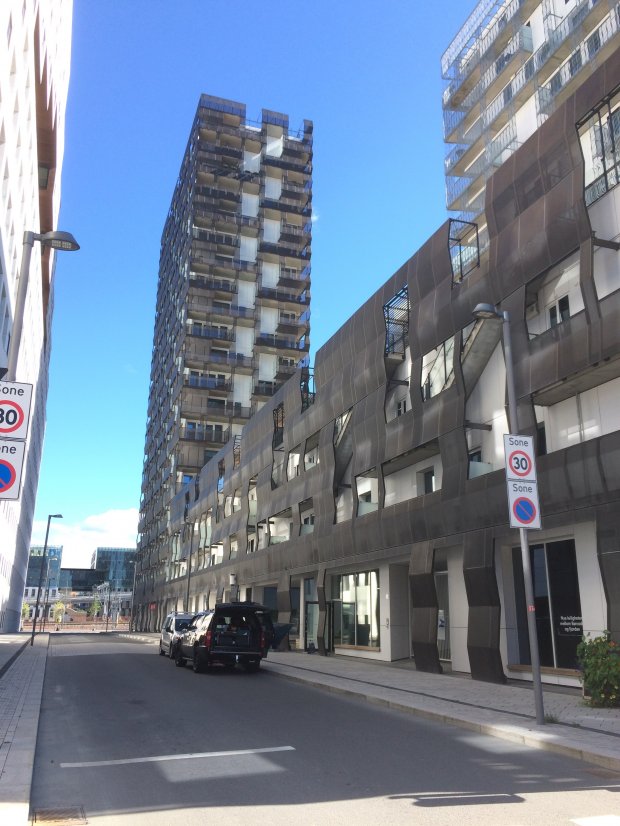 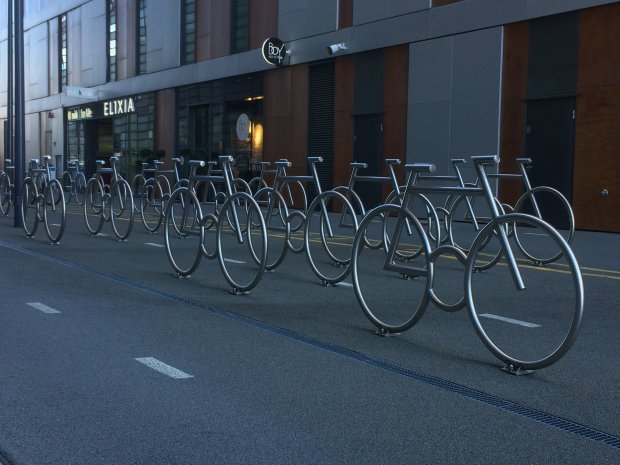 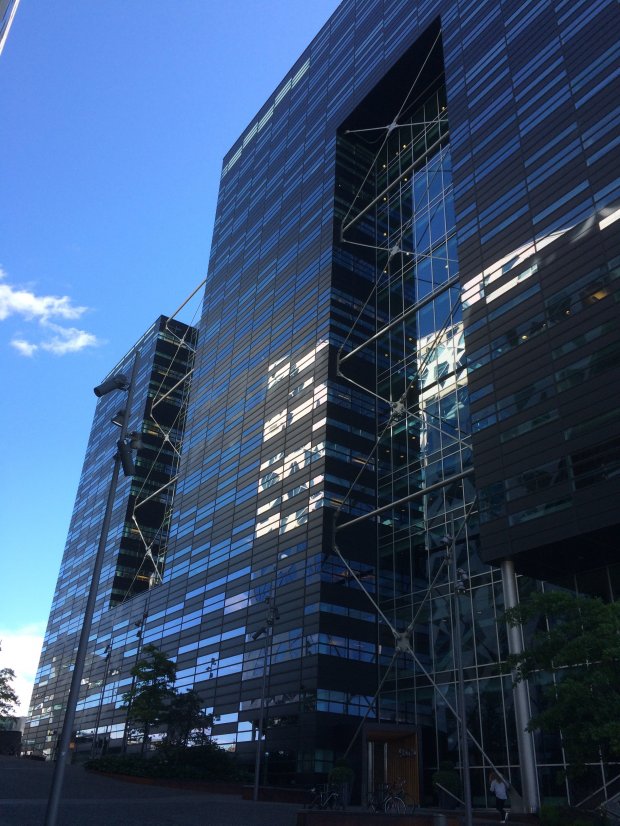 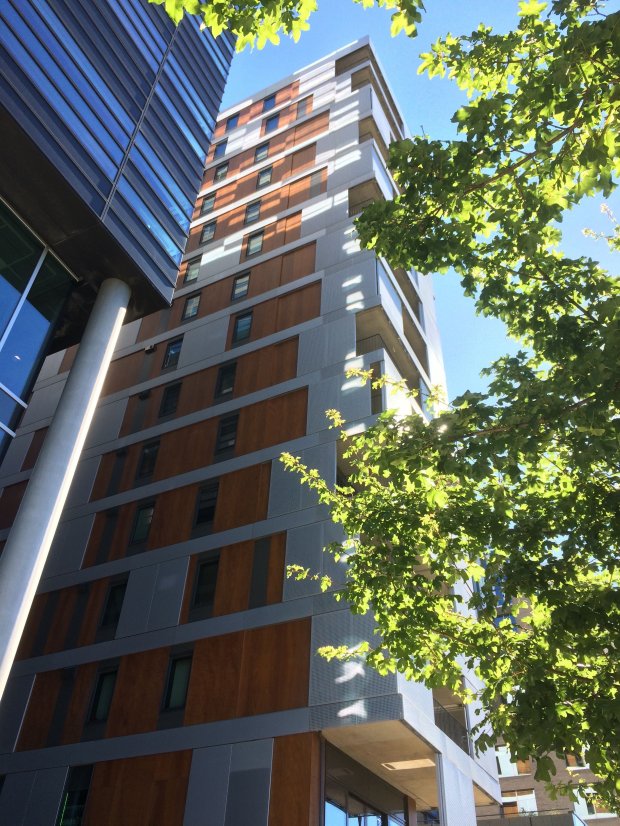 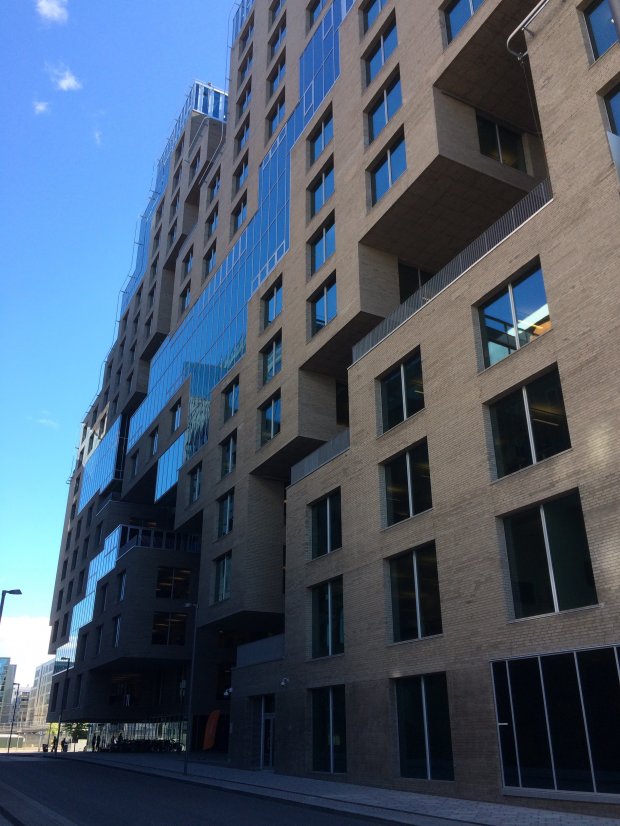 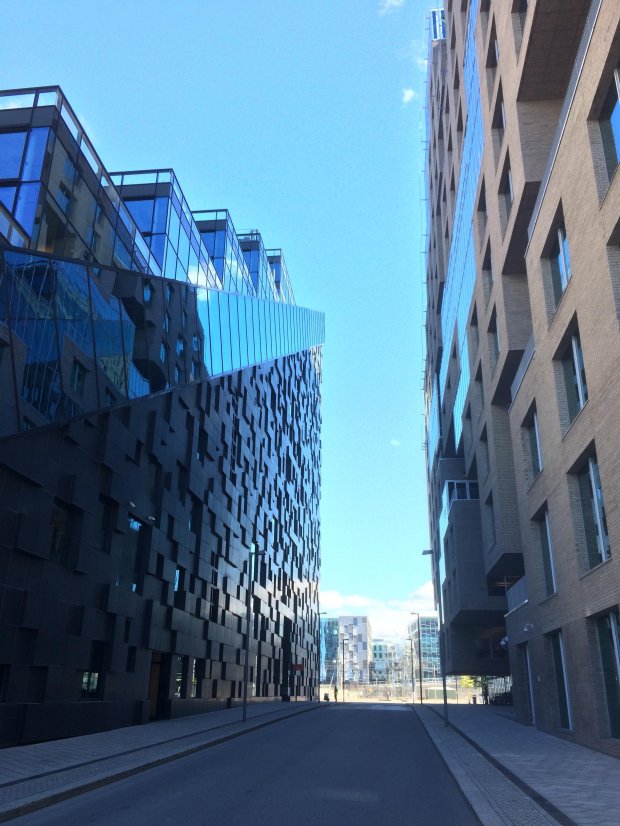 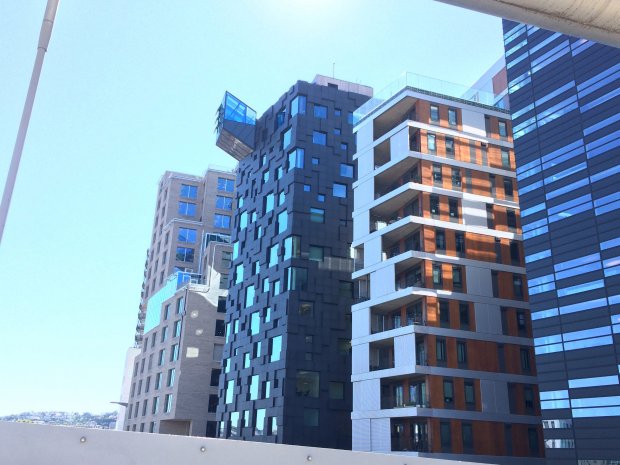 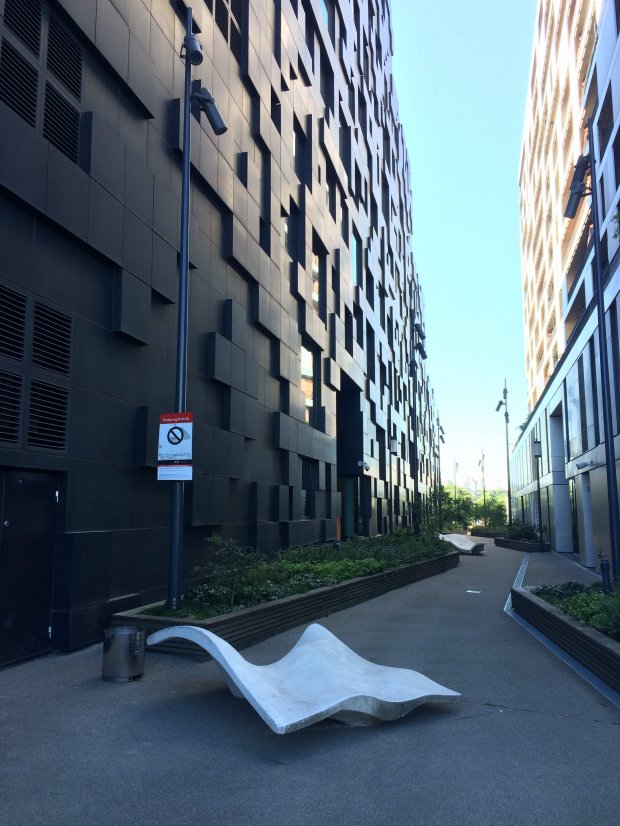 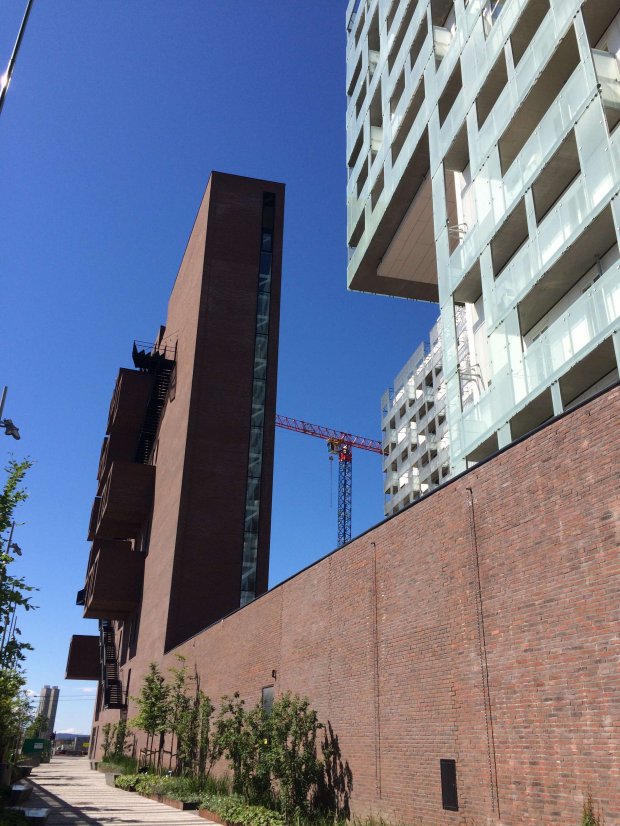 Thanks for sharing the pictures but where has everybody gone? Oslo looks deserted or is it like New Zealand cities were thirty years ago in the weekend? :-) GRAHAM REPLIES: When I take photos of architecture I like to keep the focus on the work and wait until there are few folk around, maybe just a few to give some sense of scale. The people were there alright. And like me, lovin' it!