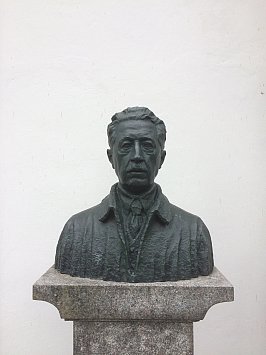 Although most people discreetly draw a veil around the private life of Prince Eugen of Sweden, you can't help note the homoerotic quality of the male nudes in his art collection.

Or the absence of women in his inner circle of friends.

Prince Eugen – born into a liberal royal family in 1865 as Eugen Napoleon Nicolaus Jansson, fourth in line to the throne after his older brothers – is one of the key figures in Scandinavian art and at his handsome home at Waldemarsudde in Stockholm, completed in 1913, he hosted gatherings of intellectuals, artists and writers in the manner of a Paris salon.

That's understandable because after schooling in Sweden he went to Paris in 1887 when in his early 20s where he began collecting art and to some extent, especially when he went back home, artists.

He was a patron but also a participant in Sweden's intellectual life.

A year after his death in '47 his collection and home on the shoreline of Djurgarden island, with its sculpture and garden, was bequeathed to the Swedish people.

And that was quite some gift as his personal collection included work by more than 400 artists – predominantly Swedish but also other Scandinavian artists such as Edvard Munch as well as French painters. He himself left around 3000 works of his own across oil painting to jewellery design. 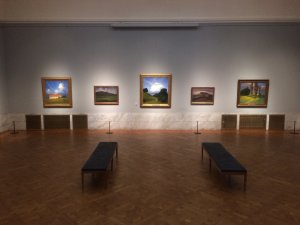 Eugen's collection – the works from the permanent collection now rotated for display alongside other curated exhibitions by contemporary artists – is a walk through the history of Scandinavian art from the late 19th into the modern era of Cubism, a journey from where plein air painting and figurative work gives way to Impressionism and beyond.

A visit to beautiful Waldemarsudde – just a few tram stops past the Abba Museum and the enjoyable fairground of Gruna Lund (recommended to children of all ages who ever enjoyed an Easter Show) – also offers an insight into the Swedish character through the agency of impressive art in this opulent but not overstated setting of drawing rooms, a library and spacious galleries. 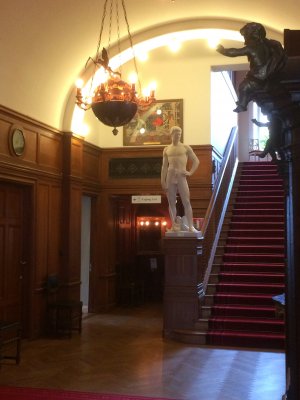 Here are silent, snow-filled forest landscapes by Karl Nordstrom and Richard Bergh's ominous and overtly symbolic Flickan och Doden/Maiden and Death (1888), and again in Tystnad/Silence (1893) where death is expressed in the metaphysical stillness.

There is also Blizzard, a small but powerfully turbulent sea and sky rendering in thick oils by the writer and dramatist August Strindberg which was donated to the collection in '79.

Death, the power of Nature and the elements, and existential questions are the common threads in Scandinavian art (there are also typically disturbing graphic works by Munch and Bergh).

But the real discovery is Prince Eugen who almost exclusively painted landscapes, many of which are suffused in a soft light familiar from French painters but also in the long Swedish summer evenings, also seen in work by Per Ekstrom in the collection. 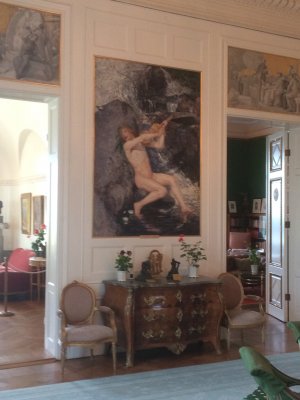 Eugen's compelling but quiet painting Molnet/The Cloud is full of mystery (what lies at the end of that path which curls up the hill?) and remains a delightful enigma. His sky here – and in Det gamla slottet/The Old Castle from around the same time – seem as solid and palpable as the land beneath.

Amidst the quiet interiors, a pervading sense of doubt or the certainty of death in many works, and some slightly unnerving landscapes empty of people in the Prince's impressive collection, his own bright, soft, romantic and elusive work come as a breathing space.

For more information about the Prince Eugen museum in Stockholm see the website (in English) here. 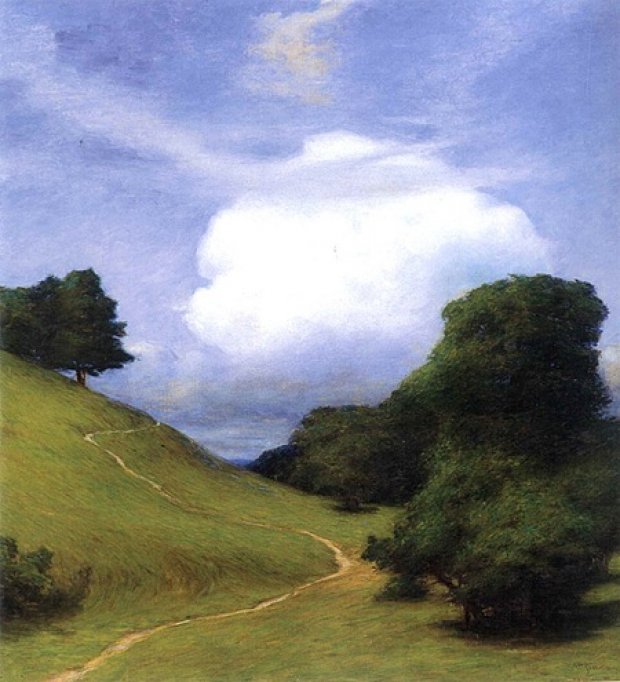 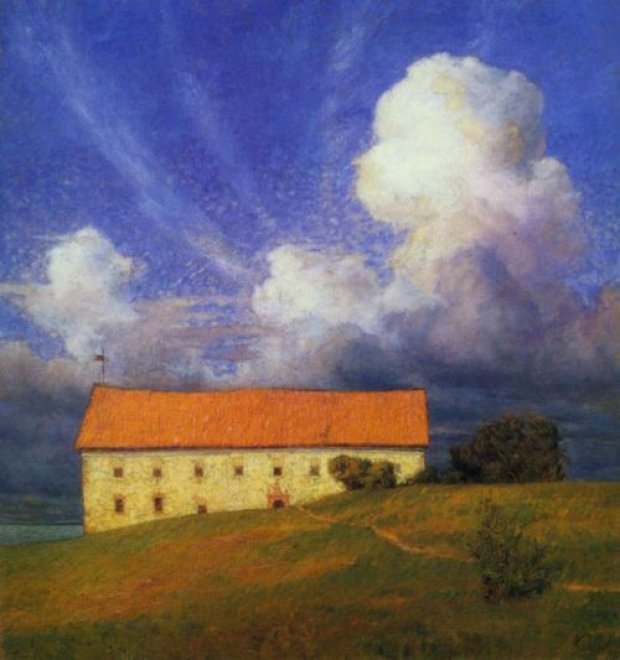