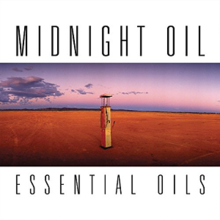 When it came to rock culture and how artists presented themselves on album or EP covers, the Australians were about a decade ahead of New Zealanders in cultural and artistic associations with their homeland.

The jazz fusion group Ayers Rock, for example, not only appropriated the European name of Uluru in the red centre but also had a cutout image of the rock on the cover of their '74 album Big Red Rock.

By the end of that decade many Australian artists were identifying themselves very strongly with Australia, or various refractions of it, in a way that would only come later for most New Zealand artists.

Among the many who did so in Australia were Midnight Oil. 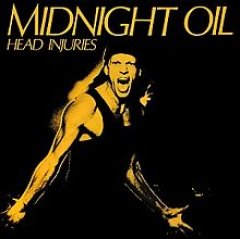 Their self-titled debut of '78 on the Powderworks label (also the name of the first track) was reductive as many were at that time – just their name on a dark blue sleeve – and the follow-up Head Injuries of the following year posited singer Peter Garrett as the striking frontman.

But it wasn't too long before they started using the stark Australian landscape as part of their imagery.

Place Without a Postcard of '81(which included the songs Quinella Holiday, Armistice Day, If Ned Kelly Was King and Lucky Country) and Red Sails in the Sunset three years later both had images of the unforgiving and dry landscape, on the latter Sydney Harbour pictured by the Japanese artist Tsunehisa Kimura as drained dry and blighted as the result of a nuclear attack. Even more striking was the gatefold sleeve of Diesel and Dust ('87) where many songs were the result of time in the Outback and encounters with Aboriginal people and bands.

The sheer expanse of space out there was evident on the front and back cover photos – an abandoned house on the front, wind battered anthills and rocks on the back.

In the centrefold were seven Aboriginal kids pictured smiling and unsmiling on a rock.

This powerful identification with “all the black fellars and white fellars that gave us valuable insights” also manifested itself in incendiary songs. such as The Dead Heart and Beds Are Burning (among others) which spoke of the plight of socially disenfranchised Aboriginal people and the increasing move for the government to apologise to them for past misdeeds, genocide, the Stolen Generation and land confiscation.

Midnight Oil were as aware of the power of images and they were of sheeting home a message.

Blue Sky Mining ('90) similarly presented a stark and dry landscape, although here as on Diesel and Dust there was an almost romantic allure to the image. Other albums contained songs which spoke of Aboriginal culture (Truganini on Earth and Sun and Moon in '93 which had primitivist art on the cover which alluded to Aboriginal paintings and design).

In posters and album covers (check out Redneck Wonderland of '98), Midnight Oil continued to present images of a less comfortable and often more dangerous Australia.

The landscape may be beautiful in the Outback, but Nature is utterly indifferent to those who wander into it unprepared. Anyone who has been out there will raise a wry smile at the lone petrol pump on a barren landscape which was on the cover of their 2012 compilation album Essential Oils.

There are such strange sights all over the Outback and they speak of that indifference to the best efforts of white fellars.

And Midnight Oil knew the landscape of Australia was unique and something to be celebrated as well as to be respected, and its inhabitants to also be accorded high regard for their culture, history and survival in the face of formidable odds wrought upon them by Nature and Man.

It is there in the songs and in their artwork.

Midnight Oil play in Auckland at the Spark Arena on Saturday September 9 and at Christchurch's Horncastle Arena on September 11. A number of their albums have been reissued by Sony Music.