The Auckland Philharmonia Orchestra looks like having a big double-banger bash in 2020 when it celebrates its own 40thbirthday (life begins at 40, right?) and ol' Ludwig Van's 250th.

Beethoven has sent his apologies, he won't be able to make it when the APO presents four concerts of his music – The Classicist, The Romantic, The Revolutionary and The Radical – in March next year with guest conductor Giordano Bellincampi . . . and for the final concerts soprano Madeleine Pierard, mezzo Kristin Darragh, tenor Amitai Pati, bass-baritone Teddy Tahu Rhodes and the massed voices on the NZ Chamber Choir, NZ Youth Choir and the NZ Secondary School Students' Choir. There will also be newly commissioned works by Gillian Whitehead and Chris Gendall in response to Beethoven (and the “collaborative work in collage” by Celeste Oram and Alex Taylor sounds interesting).

As always the APO offers a packed programme which next year includes Britten's opera Peter Grimes and the great pianist Michael Houstoun in his farewell year performing, among other pieces, Rachmaninov's Piano Concerto No. 3.

There will be new works by Leonie Holmes and Ross Harris, and a concert of Russian classics (Shostakovich, Tchaikovsky and Mussorgsky's Pictures at an Exhibition).

And plenty more of the Big Name composers.

But also there is the orchestra playing Hans Zimmer's music to the doco Blue Planet II live with the film footage projected, a night at the movies with the film Home Alone (again the APO performing the music by John Williams while the film shows) and what should be hugely popular, Wallace and Gromit's Musical Marvels getting the same live-with-footage treatment.

And of course much more.

You can see a full list of the guest artists for 2020 here.

Here's an early happy birthday to them . . . and of course to the ol' frowny genius.

For more information on the many concerts being presented and ticketing you could pick up their handsome programme or look online here where you can download the brochure. 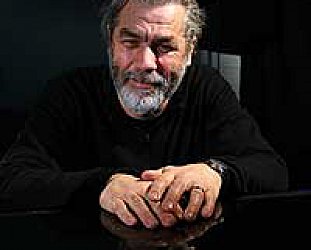